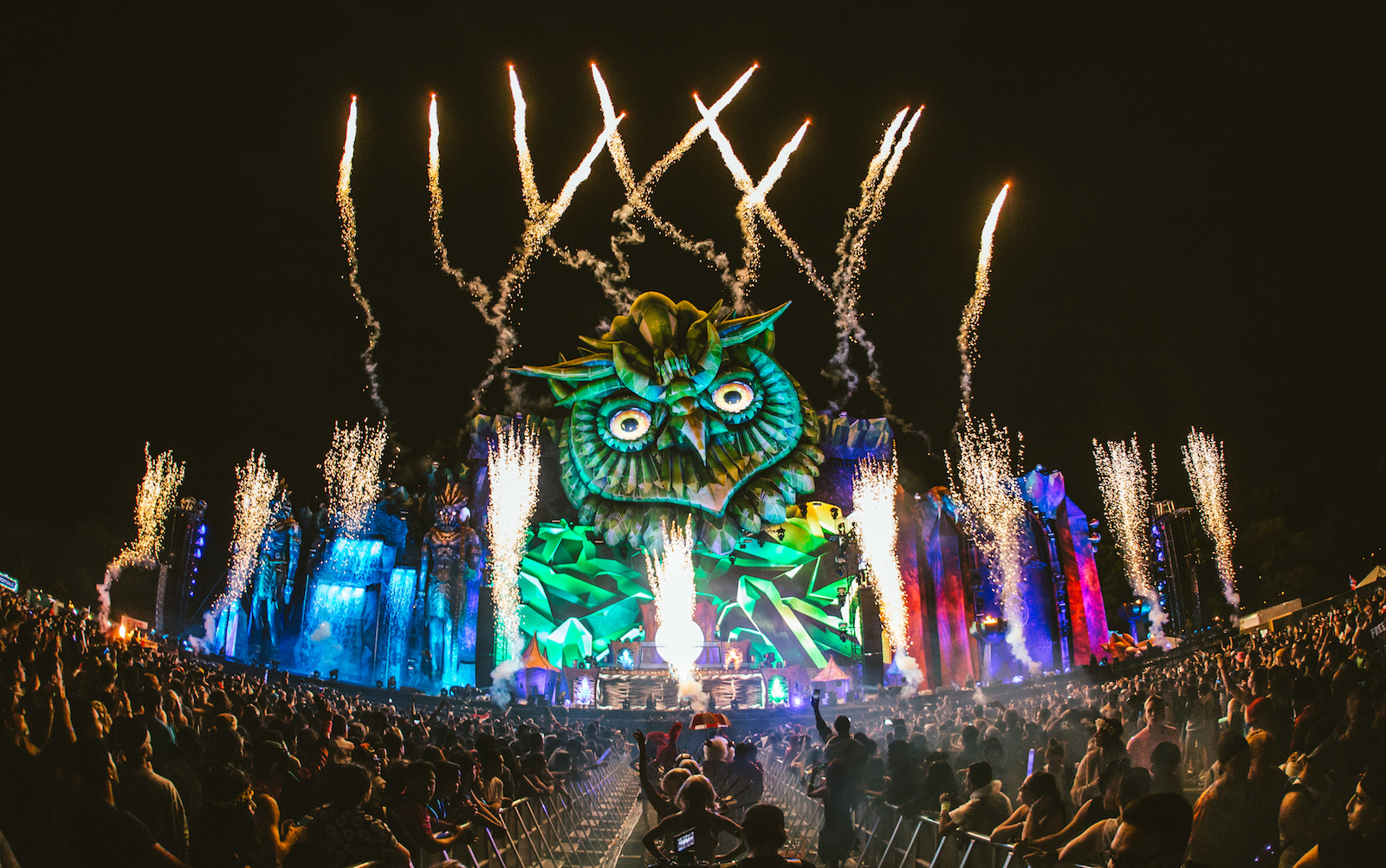 Leaving a lasting impression with its fifth annual installment, Electric Daisy Carnival (EDC) New York served as a reminder that electronic dance music (EDM) and its culture are here to stay. On Saturday, May 14 and Sunday, May 15, EDC NY filled the parking lots surrounding Citi Field for a larger-than-life event drawing nearly 80,000 enthusiastic and eager music lovers and carnival-goers across two days. Live entertainers, theatrical performers, world-class DJs, unparalleled production, top-of-the-line stage designs, and likeminded individuals is what transforms EDC from a music festival to its own experience.

Insomniac Events—creators of EDC—once again joined forces with the iconic nightlife brand, Pacha NYC, for the two-day spectacle. Delivering another year of high-quality production, massive stage designs, and the biggest names in dance music; EDC’s return to Citi Field was both strong and memorable. Thousands of “headliners” gathered in Queens, New York during each of the two festival days for the experience, which transformed the grounds into a neon-lit city within the City That Never Sleeps.

On the road to EDC Las Vegas, the New York edition of Electric Daisy Carnival brought the familiar kineticFIELD owl stage, cosmicMEADOW, circuitGROUNDS, and neonGARDEN, which included several noteworthy stage curators. From the East Coast debut of the trance-driven Dreamstate to Bassrush, Audiotistic to Nicole Moudaber presents MOODzone, and Knee Deep in New York, the curated stages provided ample opportunity for headliners to bask in different styles of electronic music. In addition to the EDC NY debut of Dreamstate, Carnival Square also made its East Coast debut.

Dreamstate’s East Coast debut was a festival highlight on Saturday as trance mavens provided uplifting and euphoric soundtracks from start to finish. It was a trance lovers paradise—and the BPMs were high—as Dreamstate took over the circuitGROUNDS with Gouryella (Ferry Corsten), Cosmic Gate, Paul Oakenfold, Aly & Fila, John O’Callaghan, Simon Patterson, MaRLo, Ben Nicky, Will Atkinson, and Mike Saint-Jules. The dedicated trance fanatics were wowed by the stage production—which consisted of a full LED screen with the DJ in the center cutout—accompanied by some of their favorite trance classics and new melodic creations.

This marked the last US appearance of the Crystal Village stage at the kineticFIELD, which first made its debut at EDC Las Vegas 2015. The monstrosity depicts two owl statues guarding a majestic waterfall, a fog-breathing dragon, and owl houses. The massive green owl rests at the center of the stage with animated, blinking eyes. The kineticFIELD included between set interludes and shows such as opening and closing ceremonies, the Dragon’s Realm, Universe of Dreams, Empire of the Sea, and Forest of Life. Closing each night with an extravagant five-minute fireworks display, EDC New Yorkers truly gathered Under the Electric Sky.

Positive vibes and harmonious atmosphere were prevalent throughout the course of the two-day festival despite some rain on Saturday and chilly temperatures on Sunday. The weather wasn’t going to come between the music festival attendees who gathered to catch some of their favorite DJs across both days.

This year’s newly designed festival setup showed major improvements in sound optimization with little to no interference or conflicting sounds between the stages. Rested between the kineticFIELD and cosmicMEADOW was a VIP area that separated the two. Fully equipped with viewing platforms, tables and bottle service options, a ball pit, food and beverages, bathrooms, and more, the VIP experience offered its own unique atmosphere within the electronic oasis. VIP headliners were also treated to a new speakeasy, appropriately named The Blind Owl, which served up a complimentary Sunday Funday Brunch. The VIP area also boasted a 10-foot Buddha figure.

It was announced in the days leading up to the annual event that Insomniac’s Electric Daisy Carnival New York 2015 generated $43.6 million for the local economy. Not only does EDC give back to the local economy, but Insomniac’s charitable giving program, Insomniac Cares, donates $1 per ticket sold and $10 per guest list attendee to charitable organizations in local communities where the festival is held. Insomniac partnered with Horizons National, which is a non-profit organization dedicated to providing local summer enrichment learning programs for over 4,000 low income students every summer across the US.

Following both festival days, fans gathered for official after parties at some of New York’s most prominent nightclubs, including Webster Hall, Marquee New York, Lavo, and Output.

Returning to the heart of the Big Apple, EDC New York and Insomniac continuously raises the bar, shattering and reimagining industry standards. The experience continues on the Road to EDC Las Vegas, which celebrates 20 years Under the Electric Sky from June 17-19, 2016. For more information on EDC Las Vegas and to purchase tickets, visit lasvegas.electricdaisycarnival.com.