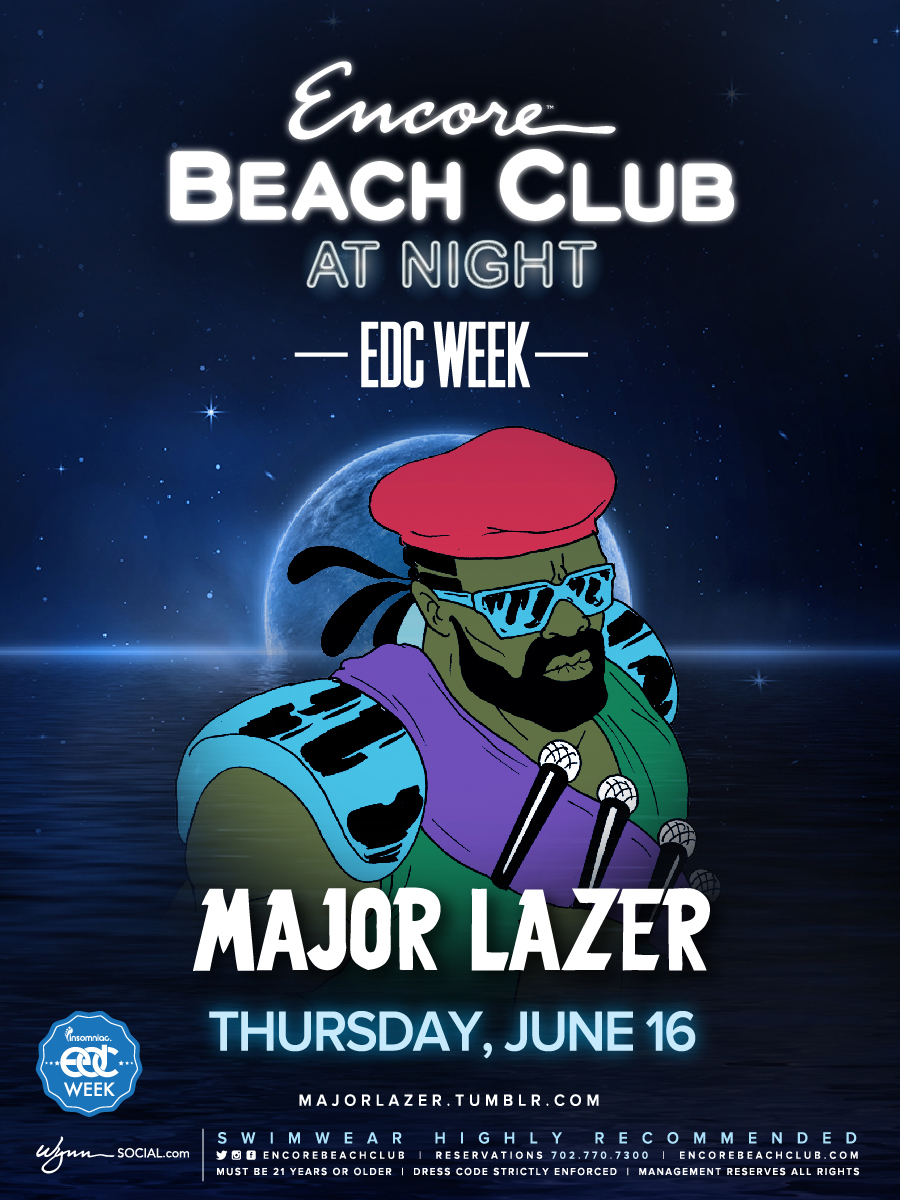 Festival season is approaching fast, and within weeks well be dancing the night, and day, away in sin city. With Electric Daisy Carnival Las Vegas coming up, the most anticipated week in dance music will be upon us soon. With hotels opening up their pools for the upcoming summer time fun, fans and DJs will be looking to soak up some sun. From day time pool parties, to night time pool parties, to clubs, finding somewhere to dance and party will not be an issue. Whether it’s a warm up for EDC weekend, or the mainstay of your trip it’s bound to be a great time.

On Thursday, June 16th after the sun goes down Major Lazer will light up the night at Encore Beach Club. Diplo and Walshy Fire make up the American duo that brings us the sexy beats we love. With well-known jams such as “Lean On” and “Light it Up” the night time pool partiers well be in for a night full of dancing and girls twerking. Major Lazer is known to turn up all events and venues they perform at. Ranging from Coachella appearances to smaller more intimate clubs, every attendee leaves longing for more. Encore Beach Club will host a variety of DJs during EDC week; bringing big names such as Kaskade, Alesso, and Flosstradamus among many others.

Tickets for Major Lazer at Encore Beach Club at Night during EDC Week 2016 are available HERE.