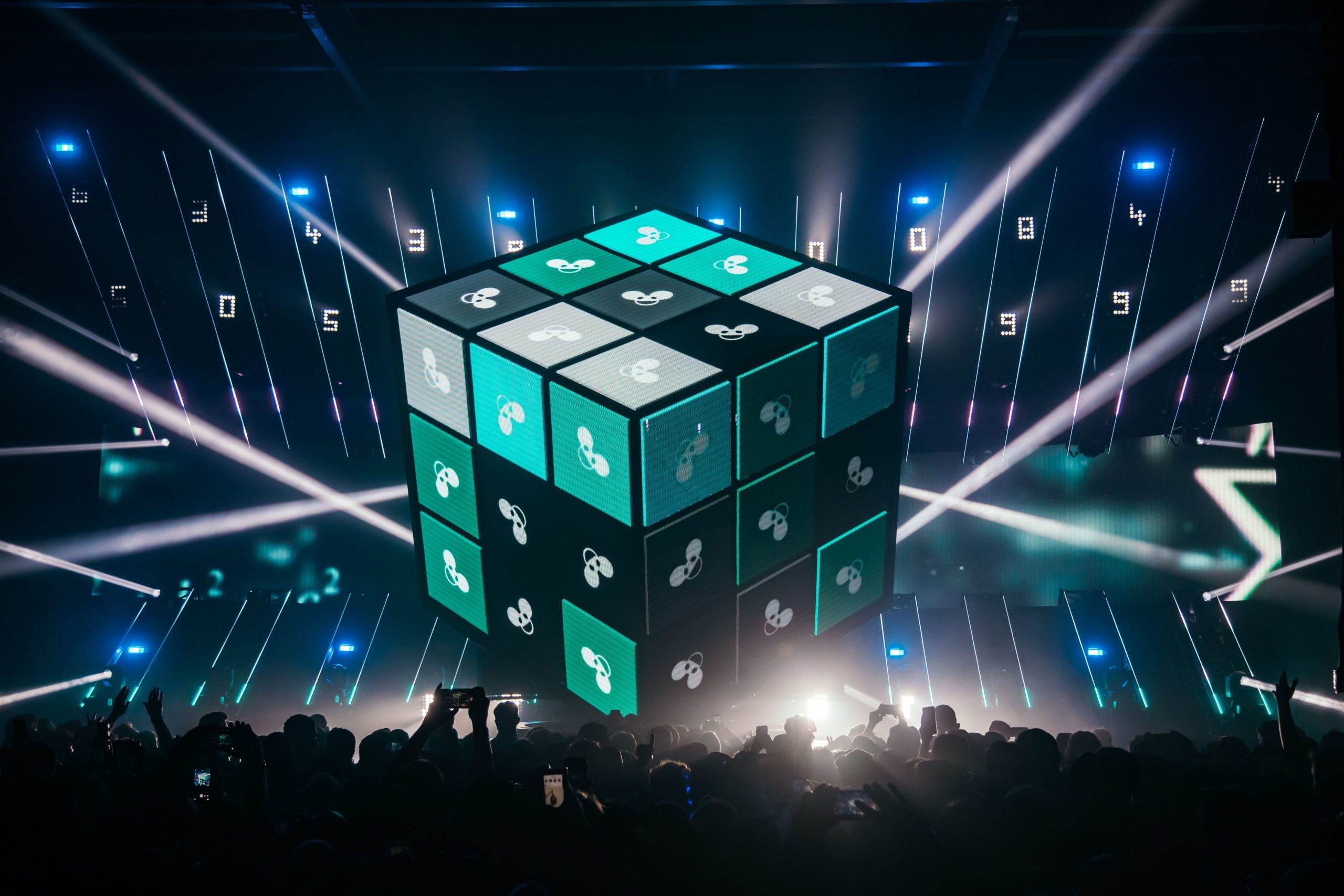 New York City was shaking at its foundation this past week, as long-time industry icon deadmau5 rolled through a string of four riveting warehouse nights at Brooklyn’s esteemed Avant Gardner. We caught the cube v3 showdown on Friday night, and the tour exceeded expectations tenfold.

With such a state-of-the-art production design, deadmau5’s legendary music manifested into the performance of a lifetime. There was a certain atmosphere to the entire night that made it all feel like quite the special experience to be part of. Featuring hypnotic twists around every corner, the visual surprises were nonstop. The cube itself rotated and opened in various directions whilst featuring game-like depictions and coding errors that captured your attention. The crowd’s energy was blasted on high all night long as the show’s intrigue kept pulling the audience into a pure musical seduction. Mixing in all sorts of classic mau5 tracks and favorites, the thunderous two hour set was full of endearing music and audiovisual spectacles. Taking the crowd on a journey through sensational performance, deadmau5 teased out a plethora of deeper and darker moments, slews of heavy-hitting bass, and uplifting melodies.

Accompanying deadmau5 on the last leg of the cube v3 tour was multitalented artist Lights, who brought an extra kick of rockstar appeal and a dose of smashing allure. Her blazing red trail captivated every person in the expansive warehouse space, night after night. Accompanied by a toy cat, the pair went off soaring and even played a few comical gags in-between beers. Concluding the last night of the spree, Lights and deadmau5 switched places (and wigs) to let loose on stage with a few thousand of their newfound friends. She proved an excellent addition to the set, adding an extra element of pizzaz and glory each night.

Avant Gardner couldn’t have been a more ideal venue to host four throwdowns by deadmau5. Exploding with lasers, lights, and strobes, the warehouse space beautifully held the almighty cube center stage. Like many of the unique productions that go on inside these walls, cube v3 took a natural fit with the adaptable foundation and allowed for an entirely new experience to overcome Avant, even for regulars who attend shows there every weekend. The transformative nature of the space makes it equally as eclectic as highly-sought after by the top talents of the dance music space.

Saturday night’s afterparty featuring a full-blown mau5trap takeover and special Testpilot set sprawled across the entire venue, pouring into the other venue spaces within the Avant Gardner playground. On top of the nightly Brooklyn shenanigans inside, there was a pop-up shop during the day that fans could visit and even hope to catch a photo with the mau5 himself. Overall this was a one-of-a-kind extended weekend showcase that fans won’t soon forget. With so many shows in the NYC circuits every week, it can sometimes feel like much of the same. Every so often we need something a little extra special to carry us through, and cube v3 was just that.