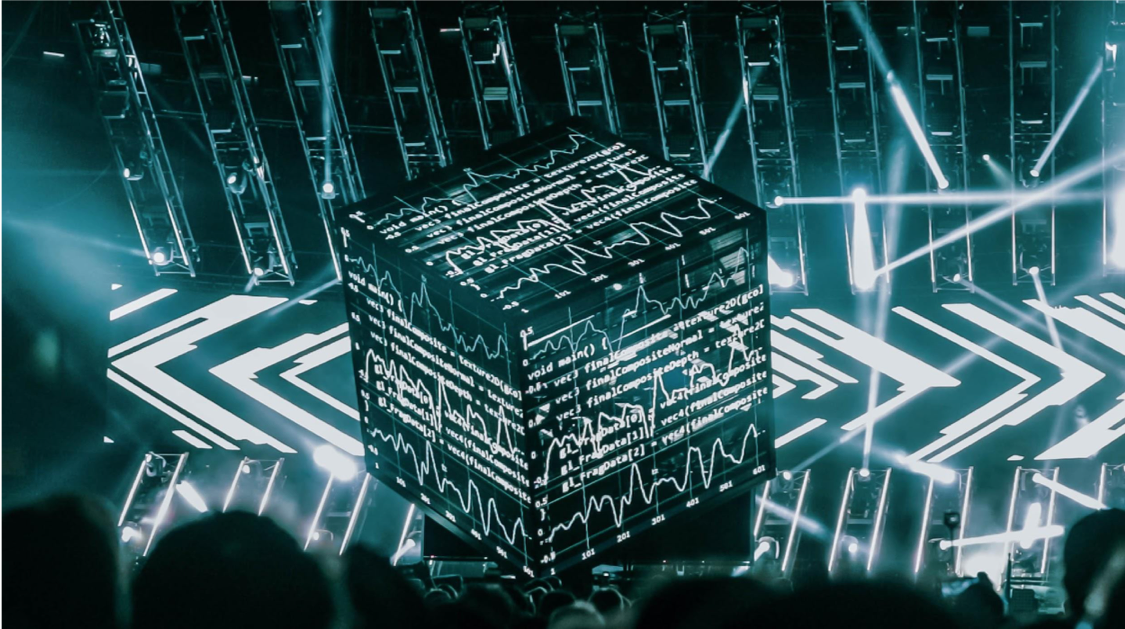 deadmau5 is sweeping through NYC to finish his highly respected cubev3 tour with a stay of four nights at Brooklyn’s Avant Gardner this February 6-9. Throughout the shows, there will be a variety of supporting artists such as MSTRKRFT, Jay Robinson, Callie Reiff, and LIGHTS, who is also performing as a guest vocalist. mau5trap, deadmau5’s label, will be hosting an official after party held at Avant Gardner on Saturday February 8th along with a Brooklyn pop-up shop during the day of each show date.

Brooklyn is in high anticipation of the brand-new cubev3 production brought for the first time to New York City from deadmau5. When the original cube first made its appearance at Coachella in April 2010, deadmau5 rose to the top as one of the biggest in-demand live acts in the world. With such positive response from fans, Cube 2.1 followed in 2017 during his “lots of shows in a row tour.” The production of cubev3 was created by deadmau5, Chris Schroeder of Chris Schroder Productions, Collyns Stenzel for technical design, along with video content as well as extra programming by deadmau5. The extremely complex design comes alive with its translucent look overlaid with deadmau5 custom visuals.

This production is his most advanced yet showcased to his fans, with changing positions from 90 degrees into 45 degrees to rotations of 360 degrees. To top off the visually dynamic appearance of the cube, deadmau5 performs a showstopping set of his lengthy repertoire of hits such as “Avarita,” “Ghosts n Stuff,” “Strobe,” “Raise Your Weapon,” and “Drama Free” complimented by vocals from LIGHTS. To bring his tour to even higher demand, he also performs content exclusive to the tour from the recent major releases “FALL,” “SATRN,” and “COASTED.”

The official cubev3 after party will take place on Saturday, February 8th with headliner TESTPILOT (deadmau5’s techno moniker) featuring special guests Layton Giordani and Rinzen. The mau5trap takeover will continue in the other rooms inside Avant Gardner with artists including ATTLAS, BlackGummy, MSTRKRFT, Sian and Speaker Honey as well as a 720 takeover provided by Todd Edwards, Jay Robinson, and Goooey Vuitton.

The Brooklyn pop-up shop will be set up at 260 Johnson Avenue each day that the show runs and will be open from 12pm-6pm. There will be exclusive merchandise available for fans to purchase courtesy of deadmau5 and mau5trap’s unique supported artists. The excitement continues with the confirmation that deadmau5 will make 2 appearances at the pop-up shop for a signing from 3-5pm on Friday, February 7th and Saturday, February 8th. Make sure to mark your calendars for an incredibly long weekend with deadmau5, these are exclusive opportunities you don’t want to miss.