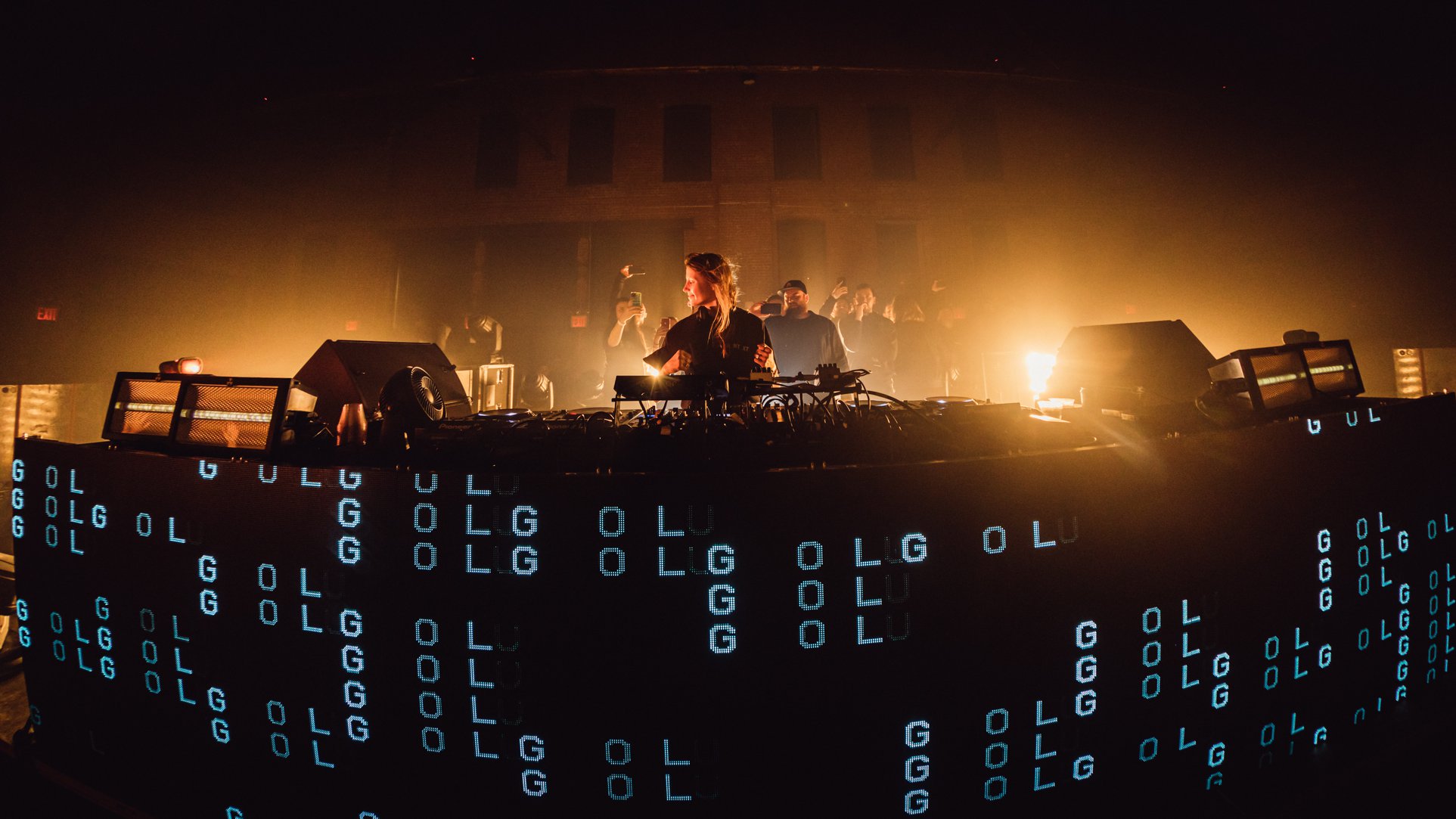 Last weekend the east coast finally got the chance to experience Charlotte de Witte’s grand debut of her extraordinary KNTXT live event concept. Her uniquely designed and renowned brand has circled the entire European continent but had never ventured its way across the Atlantic, until now.

New York City values the power of the techno genre quite immensely, which is why Charlotte de Witte chose to host her first ever KNTXT underground extravaganza in the heart of the city’s live dance music scene. The grand event was supposed to take place at The Shed, one of Avant Gardner’s many exotic spaces for electronic music shows, but due to weather conditions it was moved at the last second to the stunning Knockdown Center venue just about a mile away. Fortunately, the venue change ended up working out phenomenally for Charlotte de Witte fans, as Knockdown Center’s excessive amount of space allowed for additional ticket releases for the initially sold-out show.

“The circumstances that form the setting for an event, statement, or idea and the terms of which it can be fully understood.”

The historic ruin enclosures that make up Knockdown Center went perfectly with the KNTXT concept setting, allowing attendees to fully indulge in its exotic ventures all night long. From the moment doors opened, the energy levels inside the venue were at an all-time high and we could just sense that a remarkable night lied ahead of us . The Brooklyn techno crowd was thriving throughout the event’s entirety, and those who traveled from nearby cities just to witness this grandiose event made a wise decision by choosing to be a part of it all as well.

North America’s first ever rendition of KNTXT kicked off with infectious sounds from LA native Onyvaa, who had the crowd blown away from the start with her early 90’s Detroit inspired techno sounds. Up next, Italian producer and sound designer Enrico Sangiuliano brought his uniquely curated beats to life and exquisitely set the tone for the remainder of the night. While his specific sound style differs from Charlotte’s more industrial-strength techno, his entire set inclusive of top tracks “Symbiosis” and “Astral Projection” had everyone going wild.

Followed by a friendly hug from Enrico, Charlotte de Witte finally made her highly-anticipated presence on stage with the intention of completely blowing everyone’s minds for the next two hours or so. The acid-techno queen played one of the most astonishing sets we’ve seen to date, truly making us feel like we were part of a 90’s underground warehouse rave. Her transitions from track to track were impeccable to say the least, and her dark and heavy drops left attendees in complete awe every single time. The moment her highly praised remix of Eats Everything’s “Space Raiders” dropped, the entire crowd vibrantly raged in unison. What a set.

KNTXT signee and special guest Monoloc concluded the night with his compelling sounds, closing out the show with a more down-tempo bang. It was a night full of a wide array of techno-heavy live sounds, and we wouldn’t have had it any other way. An inspiration to many within the electronic music scene, Charlotte de Witte keeps on shining her light and showcasing her love for techno through her performances and successful music endeavors. We’re still buzzing over her grand NYC debut, and hopefully she’s back sooner than later!