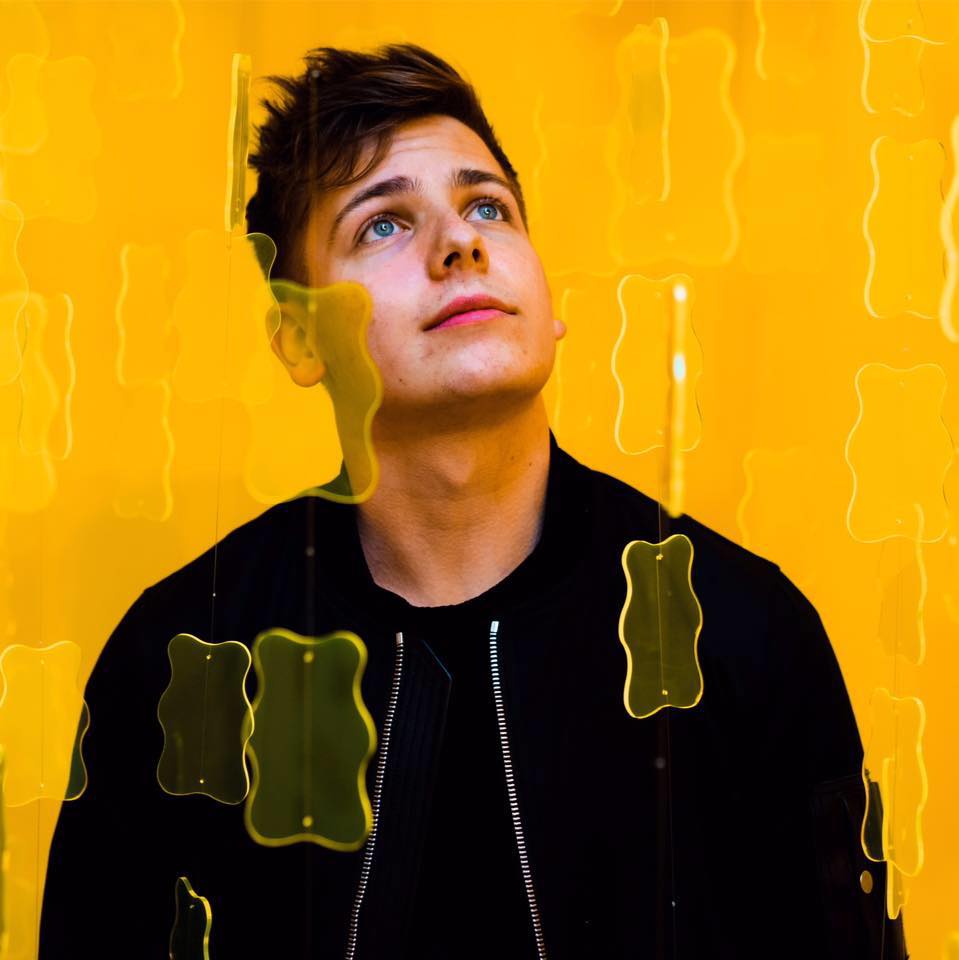 During the many festivals and club nights we visit each year, it happens that you randomly meet the strangest, nicest, weirdest, funniest people. Whether it be artists themselves, agents, organizers, journalists, or just friends of all of them with their own wonderful backstory. One of these people is Christoph Kallweit, also known as Ckhrisk, (pronounced Chris K) a 22-year-old producer/DJ from Germany.

Four years ago, Ckhrisk’s electronic music journey started. Inspired by a tutorial video on YouTube, he started to create melodies and released his first track in 2015. Always traveling between his hometown Goch (Germany) and Amsterdam (Netherlands), and always eager to learn new skills, whether as a producer, DJ, or as a photographer. So far, Ckhrisk already has a list of releases with his name locked on them. One of his highlighted releases includes the single “You”, which he was able to sign on EDX and Switzerland’s biggest dance label, Sirup Music.

A couple of days ago he released his new single, Ckhrisk & Jason Quake feat. Clarees & GMB Babydave – “Don’t Let Me Down” on German label Lentrome. We gave the track a listen after he had mailed it to us, and were pleasantly surprised by the quality, seeing as how there were four artists working on it. Sometimes with several heads in the game things can get too complex, or individual sounds get lost, but this one had us dancing. We really love the infectious voice of Clarees combined with the strong melody. You can really tell that Ckhrisk ups the quality of each impending release, and we’re looking forward to more in the near future.

Naturally, we had to ask Ckhrisk some questions regarding the track.

The Nocturnal Times: As you continue to move through your journey of music, can you introduce yourself? What is it we should know about you?

Ckhrisk: Well, I think I am just like any other producer out there doing what he loves. Right now I stuck myself to pop/dance and also some deep house (since I am recently really into analog synths like the moog sub 37, the prophet rev 2 or the juno 106). In general, I am a melodic guy – I think my big strength is writing melodies. I love to create harmonies but struggling with finishing songs. I guess a lot of you guys have that problem as well.

The Nocturnal Times: Are you more of a DJ or a producer? What will be your main focus for the future?

Ckhrisk: I would say more a producer. Which is difficult to answer because so far I concentrated on producing and haven’t played any shows recently so I don’t really have a good comparison.

The Nocturnal Times: How did you come up with your newest track, “Don’t Let Me Down”? Four people working on one track? How do you plan such an undertaking?

Ckhrisk: I started with the project a while ago. I have one huuuuge project file which actually is my go-to “idea file” for later projects (nice for collabs). Jasper is a friend of mine, he came over to my studio and we decided to work on it. We were lucky and the project was done in around 6 hours I think. We put a female demo vocal on the track which already had a great vibe.
Clarissa is another artist/vocalist from my management Lentrome with an insane voice and they decided to let her sing on the song. Great choice. The rap vocals of Babydave were a spontaneous idea from the management and we are so happy with it. Makes the song even more chill.

The Nocturnal Times: What was a huge turning point in your life? When did you know you wanted to make music?

Ckhrisk: Actually there hasn’t been a huge turning point so far. I think my biggest achievement regarding music was the release on Sirup which is the biggest label in Switzerland and home of EDX as well as Nora En Pure etc. Music always played a big role in my life. Starting with the guitar but soon finding out that piano is also a nice instrument to learn. During the guitar lessons, I already tried to make my own “melodies”.

Ckhrisk: A lot of new music and I hope some shows! Actually a new song which will be more deep, and analog might drop very soon. I am in touch with a lot of great artists for some collabs so that is something you can expect as well.