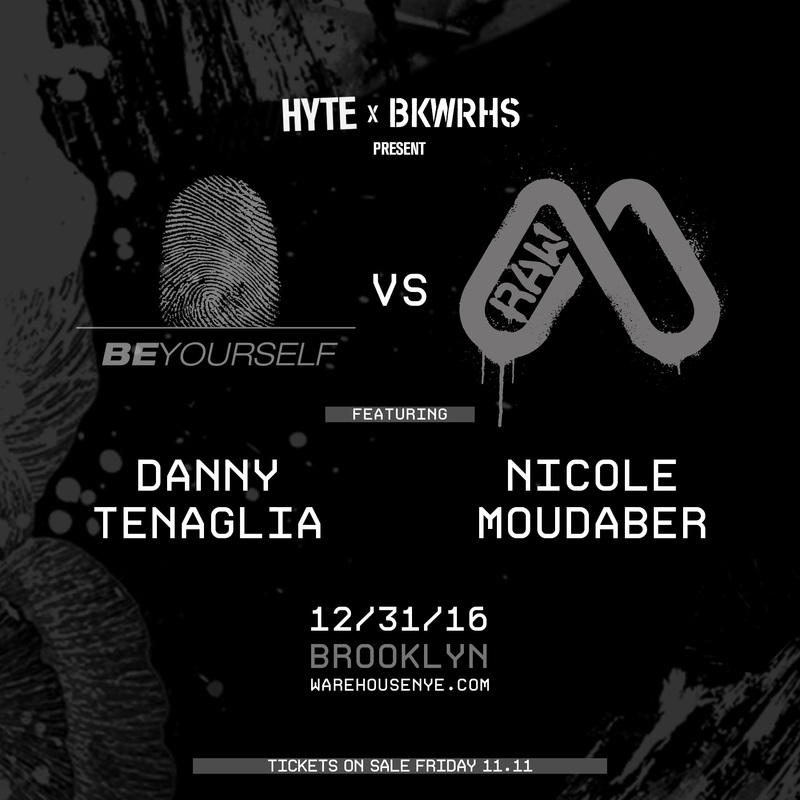 HYTE has hosted some of the best parties you’ve never heard of with their intimate but top-knotch international events. Most recently HYTE came to Brooklyn for their “Creeping it Real” Halloween weekend two-day affair. Everything surrounding this latest event seems to line up as far as timing, production, location, and two techno veterans will be headlining the bill. Get taken into to the New Year with the dark sounds of Nicole Moudaber and Danny Tenaglia. Moudaber is no stranger to bringing the MOOD brand to NYC, as she hosted the MOODZONE stage at this past EDC NY. To go alongside the iconic MOOD brand, Danny Tenaglia has brought his award-winning BE Yourself party to this already legendary New Year’s Event.

Nicole Moudaber has had a year of non-stop travel as she’s been on the road since last spring. She made a feature appearance at the American debut of the AWAKENINGS Festival right in the Hammerstein Ballroom of Manhattan in early 2016. She’s now back in Brooklyn to top off a stellar year. As busy as she is on the road Nicole Moudaber still has new content being released. Her remix pack for Breed came out this past September, and now all the tracks will be available via a dual vinyl release on November 14 and November 28. On top of that, she also has a fresh remix of Sasha’s “Rivaldo” set to release November 18. You wont want to miss Nicole Moudaber and other MOOD and BE Yourself friends with Danny Tenaglia on New Year’s Eve.

For more information on the HYTE presents BE Yourself vs MoodRAW show and pre-sale access go HERE.