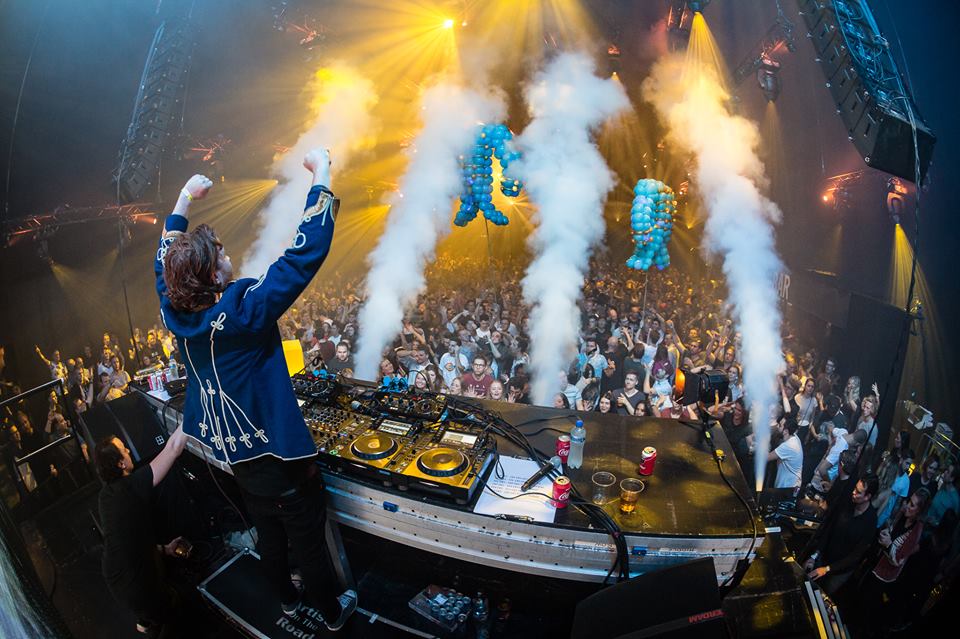 Dutch DJ/producer Bakermat has hyped up the party once again with his smashing and appropriately titled latest hit “Partystarter,” out now on Be Yourself/ Sony Music.

This track is one that certainly achieved Bakermat’s goals in that upon first hearing it, it makes you want to jump up and rage on the dancefloor. Its amped up party vibe is evident from first listen and encourages you to get up, swig some drinks, and bop around the party. The experimental feel works out as the final product is a mix of vibes, feels, and sounds that bind together in an almost California beach-style groove.

The ambitious producer has made himself known in the industry with hit singles like “One Day” and “Teach Me” that lay beside tracks like “Lion” and “Do Your Thing,” which pay homage to electronica sounds of classics like The Basement Jaxx, The Chemical Brothers, and Moby. Bakermat’s surf-spun and modern twist on such classics led him to playing around with the sounds for “Partystarter,” where he could combine a variety of all the things he loves most.

“Partystarter is my most experimental track to this date. I’ve never produced a track this fast, loud and heavy before in my life. It came from my burning desire to dive into the studio with real rock artists and create something totally unique, combining elements of Rock, Metal, Hip Hop and dance all together. It’s also the first time most of the elements in my song are completely analogue, recorded with imperfections that give it a human touch. For me this track is the ultimate party anthem, something I want to hear when I’m feeling euphoric and want to dance in a crowded room full of equally euphoric people.” – Bakermat, October 2018