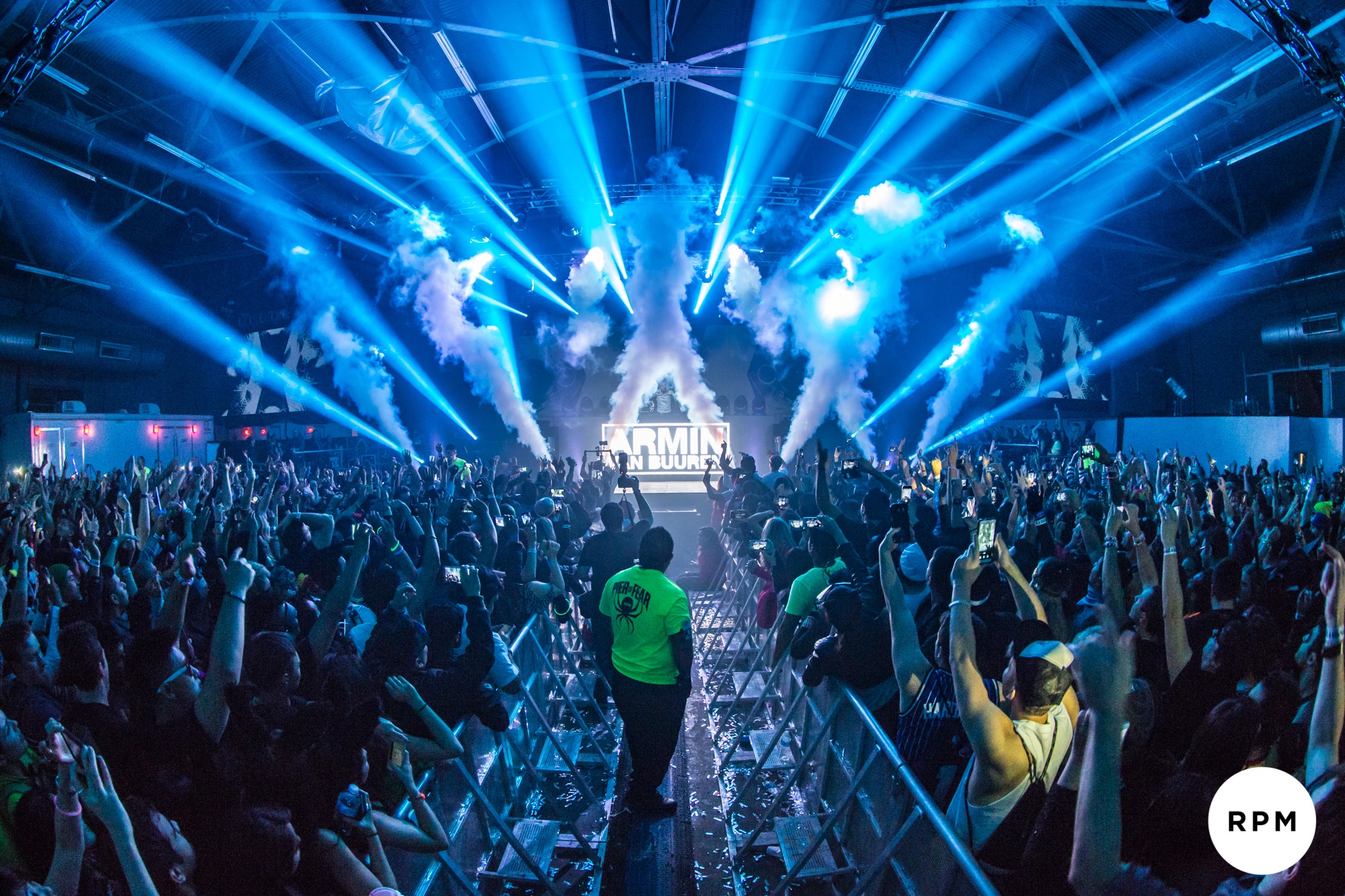 Halloween eve fell on a frightening Friday night this year, giving New York City a preliminary party for one of the year’s most anticipated weekends for dance music. The evening’s autumn chills foreshadowed the feeling that would soon Embrace the Pier of Fear.

Pacha NYC and RPM Presents provide the city that never sleeps with premier events and the world’s biggest DJs. Armin van Buuren uniting with Pier of Fear epitomizes the one of a kind experience that every fan deserves.

Orjan Nilsen, Khomha and No Mana joined Armin this past Friday, Oct. 30 at Pier 94, all showcasing their unique musical styles, respectively.

Just one day after the release of his immensely anticipated sixth artist album, Embrace, Armin van Buuren has once again proven himself as a musical innovator and maestro extraordinaire. After scoring a Grammy Award-nomination for material from his precedent album Intense, Armin has followed up with yet another masterpiece that redefines his signature style.

Kicking off properly, just after midnight, Armin opened with the raucous crowd filling by the second. The title track from the new LP, “Embrace,” introduced the five-time no. 1 DJ to the masses. As the crowd chanted and clapped, the Armada boss continued with his fresh album tunes including “Make It Right” ft. Angel Taylor, “Heading Up High” ft. Kensington and the already-popular first single “Another You” ft. Mr. Probz (Mark Sixma Remix).

For Armin van Buuren, his fans have always been the most essential purpose for performing and lucky for them, he is a true showman. Whether controlling the stage lights via motion sensor armbands during “Panta Rhei” or endless confetti and lasers for AvB & Cosmic Gate’s new collab “Embargo,” Armin is an entertainer and crowd pleaser.

Pier of Fear danced along to Faithless “We Come One 2.0 (Armin van Buuren Remix),” “Off The Hook” with Hardwell, “Ping Pong,” Ferry’s “Anahera,” and a new remix of John O’Callaghan’s classic trance tune, “Find Yourself” ft. Sarah Howells.

Van Buuren kicked things up a notch, showcasing tracks from Embrace throughout his ensemble, including: “Hands To Heaven” ft. Rock Mafia; “Old Skool;” “Caught In The Slipstream” ft. BullySongs and his most recent single from the LP, “Strong Ones” ft. Cimo Fränkel.