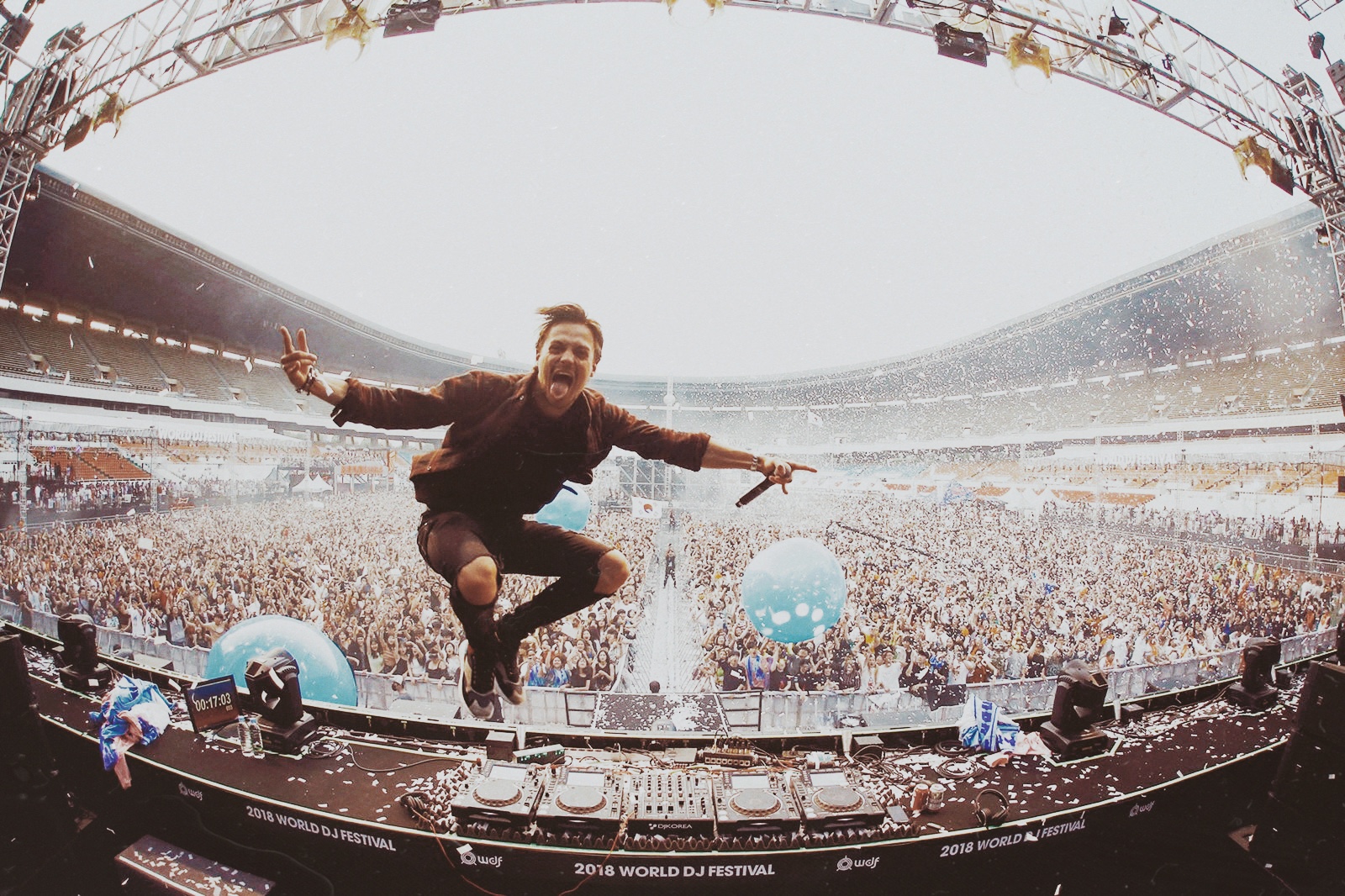 Well into his odyssey of dance music, Dutch maestro Julian Jordan’s collision with the electronic sphere continues to exceed expectations worldwide. Another plush representation of the jewel artists arising from The Netherlands, Julian has graced all corners of the earth with his charismatic music and roaring live performances.

Now part of Martin Garrix’s STMPD RCRDS family, Julian had previously extended his talents to revered labels like Spinnin’ Records, DOORN Records, and Revealed Recordings. From one glance into STMPD through Julian, one gains a vivid idea of the sort of glowing creativity that pours over its roster of artists. Such lengths were reached in Julian’s collaboration with Garrix himself on their pulsating “Glitch” track which rapidly climbed the charts.

Julian’s enchanting presence both in the studio and on stage have manifested into numerous triumphs including a nomination for Best Dutch Act at the MTV EMAs, a monthly residency at Las Vegas’ prestigious Omnia, and high-octane performances at Tomorrowland, EDC, Amsterdam Dance Event, and Ultra Miami among heaps more. There is something about Julian’s aura that lures crowds not only onto the dancefloor, but into an escape of sound and ultimate electronic nirvana.

Keen on making his career a meaningful addition to the industry as a whole, Julian’s expansive musical tastes and capabilities lift up the scene to prosperous heights. Whether it is crafting powerful original records or composing blazing collaborations, Julian’s work illustrates a longstanding existence and infinite possibilities. Taking two 2019 singles side by side “Oldskool” and “To The Wire,” the first slays in every trademark Julian style we could ask for, while the latter highlights an exquisite depth of lively vocals and groove-centric tones. 2019 has also seen the release of “Backfire” and “Need You,” all coursing through veins at an addictive pace.

Julian had fantastic things to say about his summer festivities, cool music video concepts, favorite tour memories and more in our interview below 🙂

The Nocturnal Times: Beginning with your latest, we love your new single “To The Wire.” Talk to us about your vision for the single?

Julian Jordan: This is really the track I am the proudest of at this moment! The sessions I had making this single were so much fun. The vocals are by Jhart and Chris Loco and they really killed it! I’m really proud of this one and hope my fans like it just as much as I do!

The Nocturnal Times: Do you have more summer tracks in the works to be released soon?

Julian Jordan: Yes! A lot of music is coming out in the next couple of months. I ́ve had so many sessions this year and I can tell you this is only the beginning! So much new music is coming and it’s all going to the next level!

The Nocturnal Times: How has it been working with the STMPD RCRDS family? Can you share a short STMPD-related story with us?

Julian Jordan: I’ve been working with the people from STMPD RCRDS for a very long time, with some of them almost my whole career. I think that’s why I trust them so much in what they do. For me it’s the best home there is for my music because the team over there is really dedicated to make the most out of every track!

The Nocturnal Times: What is one style or genre of music outside of EDM that you’d like to experiment with?

Julian Jordan: I like to create every genre of music! I’ve made a lot of hip-hop beats for rappers and made a lot of productions for singers as well, but I just do that for fun to be honest. It keeps you creative working with so many different people from different genres. It really helps me with my own productions to think outside of the box!

The Nocturnal Times: What is one cool concept you’d love to bring to life for a music video?

The Nocturnal Times: Moving on to live performances, do you have any pre-show rituals?

The Nocturnal Times: Think back on all of the touring you’ve done so far. What memory first comes to mind?

Julian Jordan: It’s been a crazy road already but some gigs stay in your heart forever. The first show I had to take a plane for was in Italy. I took my brother with me and we had so much fun and it started the world of touring for me.

The Nocturnal Times: Who is one artist you’d love to go on tour with that you haven’t yet?

Julian Jordan: Tiësto, because he is a party legend and I think I can learn a lot from him! He is also the DJ that got me into EDM.

The Nocturnal Times: Which festivals are you most excited to play this summer? Why?

Julian Jordan: Of course the big ones like Tomorrowland and Sziget, but also some smaller ones at places I haven’t been yet. Sometimes those places turn out to be mad crazy and I love to go somewhere without expectations.

The Nocturnal Times: Now that 2019 is halfway through, what have been one or two standout performance moments so far?

Julian Jordan: I always love Kingsland in The Netherlands because I can take all my friends with me! But of course Ultra this year was a big highlight! Playing at this festival is always amazing and this year big b2b2b2b2b2b session with the STMPD RCRDS family was one for the books!