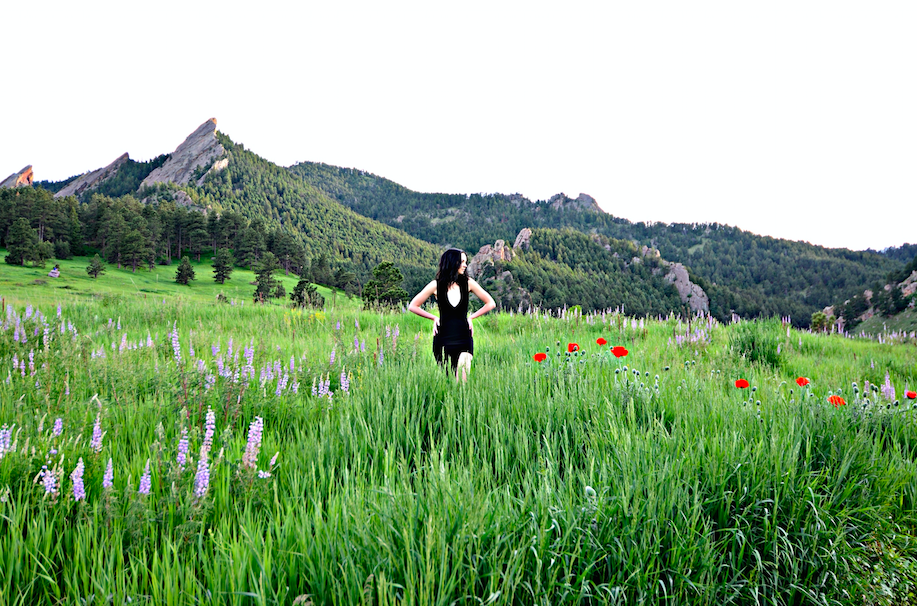 A brilliant songbird of electronic music today, Laura Brehm is infinitely more than just an inventive and exciting name in the scene. She is the epitome of a true artist when it comes to instrumental, singing, songwriting, producing, and DJing talent. A jack-of-all-trades, Laura lives and breathes music.

Beginning with classical piano training in her early childhood and two musicians for parents, her journey into the industry spun a million different opportunities as her visions stretch far beyond the confines of what many think is possible. Inspired by renowned names like The Beatles, Ellie Goulding,  Röyksopp, and Radiohead among more, Laura’s creativity in her own music has come from a longstanding appreciation for a versatile taste across genres. Today, the rising star has amassed over 400 million streams on all streaming platforms, 300 thousand followers on social media pages combined, and over a half a million monthly listeners on Spotify. Many recognize Laura already from her melodious vocals in Rezz’s haunting “Melancholy” track, and this is only one of 50 collaborations she holds under her belt with fellow electronic acts.

Recently, Laura has honed in on fine tuning her own unique solo sound and crafting even more skills when it comes to production technique. Taking her career on with nothing but high hopes and limitless possibilities, 2019 has already seen Laura release four entirely emotive releases including “Stay,” “Chosen,” “Prism,” and “Make It.” A philosopher at heart, Laura wears her heart on her sleeve, often taking time to ponder the mystical, deep, and ethereal elements and mysteries of life which becomes wonderfully evident in her lyrics. She describes her music making process as “painting the air” and is leaving the world eager to experience her debut album, slated for release by the end of the year.

Her hurricane of plans for the future continue to pave the way for more projects including her starting her own label Electric Birds Records that centers around the kind of music Laura identifies most with. Her passion for both producing and live performance have morphed into Laura taking on DJing, allowing her to showcase her EDM work on full display.

We had the pleasure of getting to know Laura in both music and beyond, including her wise words and thoughts regarding mental health and life balance in the industry – a topic that has gained more awareness over the years but must still be addressed as much as we all can. Read on below for our awesome chat with the badass herself!

The Nocturnal Times: Thanks for taking the time to chat with us! Where in the world are you right now?

Laura Brehm: Thank you for having me! I’m currently in London, UK.

The Nocturnal Times: Let’s begin with a little about you & your journey so far. Where did you begin? Was it with singing? Songwriting? We’d love to learn more about your musical roots!

Laura Brehm: It began with classical training on the piano. Both of my parents are musicians, so I think being around it from such a young age sparked my interest in learning. I sang all the time as a kid as well, but I didn’t start considering being a singer/songwriter until I picked up a guitar around age 13. I learned a few covers by The Beatles and haven’t looked back since.

The Nocturnal Times: What are one or two “break out” moments that placed you on your current path?

Laura Brehm: My first release on Monstercat in 2012 definitely was a break out moment for me; “Waking Dreams” with TwoThirds. I wrote this song about my musical roots, dreams, and passion, and I think it started to create more awareness in the electronic realm around my potential for vocal writing/performance. Another big break out moment was when I released “Monody” with TheFatRat in 2015. His immense following online and the amount of streams we received on the track transferred over to my fan-base, and I’ll be forever grateful for those opportunities.

The Nocturnal Times: You put out a very cool and freeing vibe both in music and image – how have you developed your look/ style and the way you want to present yourself as an artist to the world?

Laura Brehm: Thanks, I’m glad that comes across! It has developed over a long time as something that just made sense to me with the topics present in my lyrics, as well as the overall feel that seemed to be consistent across my releases. I’m very inspired by the ethereal elements and mysteries of life, music that is really unique and deep, and of course, love. I think my brand developed naturally and became clearer as did my sound. I think it also stems from my motivation to inspire others and make music as a healing escape for the mind and soul.

The Nocturnal Times: How did you make the progression from singing/songwriting and playing instruments to electronic production?

Laura Brehm: Back in 2010/2011, EDM started booming in Denver, where I’m from. A lot of my friends had begun to produce in Ableton and DJ, and so I was around it a lot. I became more and more interested over time, and hadn’t fully invested into learning production until very recently as I had been more focused on writing/singing. This past year, I took a course at Point Blank Music School in London to create a solid foundation in all technical aspects, and now I will be able to implement that as I keep learning and also continue to grow in my singing/songwriting at the same time.

The Nocturnal Times: Continuing on to music, what do you want to share about your new collaboration with Janee called “Make It?”

Laura Brehm: I originally wrote it for someone very close to me who was struggling with anxiety and depression, but I wanted the song overall to be relatable in many different scenarios and struggles that we all go through in life. For me personally, it especially reminds me to keep going whenever I’m feeling doubt about being in the music industry.

The Nocturnal Times: How was the process of making this track? Compared to others you’ve made, what is one thing in particular that stands out about this or how it came together?

Laura Brehm: One thing that was interesting is how long it took us to get a final version together. We had written/recorded the track about 2 years ago, and the mix had several different versions as we also considered what label to release it on and when. It all came together when we gave it a fresh mix and it found a home on my own label, Electric Bird Records.

The Nocturnal Times: Who would be a “dream” collaboration for you?

Laura Brehm: There are so many! At the top of the list would probably be Röyksopp; I would be incredibly happy if I can work with them someday. I love every single track that they’ve released.

The Nocturnal Times: Speaking of collaborations, our favorite is “Melancholy” with Rezz! It’s a seriously incredible piece of work – how did you two come together for it?

Laura Brehm: Thanks so much! I had written that song on guitar & vocals and Rezz produced around it. It worked out quite well even though we were just sending files back and forth; we didn’t get together in the studio and make it from scratch, so the process was each of us adding layers to the piece. I was so excited when I found out it was signed to mau5trap; and I’m really pleased with the final result of the track overall.

The Nocturnal Times: Talk to us about your upcoming debut album – when should we expect it and what sort of journey will it take listeners on?

Laura Brehm: I’ll start releasing singles for the album in the fall, and the full release will drop before the end of the year. It’s quite different to anything I’ve done before, but at the same time, it feels more like “me” than anything I’ve released. It’s very vulnerable, real, and dark. In a way, it’s like a re-birth for me, both as a person and as an artist. The listeners can expect a journey that has many layers and emotions; and that is hopefully very healing. It certainly has been healing for me to create it.

The Nocturnal Times: What are some of your goals & vision as related to your label Electric Bird Recordings?

Laura Brehm: As with my brand, I see EBR as something that will develop as I continue to grow as an artist; it’s an indie label with the aim to support a variety of genres, and mostly music that brings those genres together as one. Folk, alternative, and electronic are what I’m most interested in, and so that is what I wish to push and try to create more space for in the musical world. It’s still in early stages, but I see it as a very long term venture. Of course, it’s hard to predict, as is everything in the music industry.

The Nocturnal Times: The music industry has taken a turn towards placing more focus on stability, well-being, and mental health. What are some of your thoughts on the subject as we know it’s important to you?

Laura Brehm: I’m glad to see more awareness being brought to these topics; I feel that there are many cases where the artist’s health is not taken seriously enough. Most artists have a tendency to deal with depression, anxiety, substance abuse, etc. and the difficulties of navigating the business and wearing your heart on your sleeve can be very exhausting; emotionally, physically, mentally, even spiritually. At times, half the battle is self awareness about the issues so I think it’s promising that people are willing to be open about it, and to start finding solutions.

The Nocturnal Times: We understand you enjoy the philosophical wonders of life 🙂 For fun, what is one of your favorite mystical or spiritual theories / topics of conversation?

Laura Brehm: I genuinely believe in energy work and the mechanisms that can clear/heal your chakras, because I’ve experienced it myself. Perhaps belief is the biggest part in making that work, but I think that’s true for most things anyway. It might be mystical to some, but I think if you are open to it, it really works. I enjoy discussing and exploring topics like this; the unseen elements of life.

The Nocturnal Times: Lastly, is there anything else you want to share with fans about the rest of your year?

Laura Brehm: Thank you for your support, and expect a shift in my music come August/September!