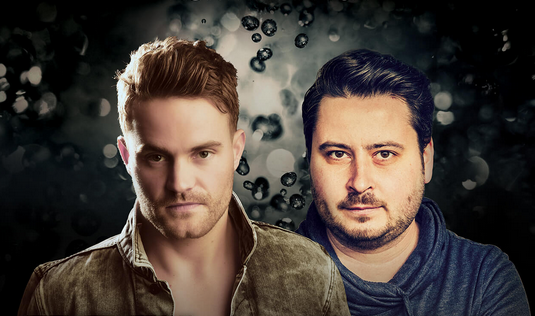 This Friday, May 20th, 2016, Genix and Sunny Lax will serenade Rumor Philly with a back-to-back showcase. As part of their North American Black Water Tour 2016, the guys will deliver an extended DJ set.

Familiar to electronic music lovers for their releases on Above & Beyond’s Anjunabeats label, Genix & Sunny Lax recently released their “Black Water” and “Seven” collaborations, which are out now on the iconic dance label.

Genix recently treated fans to a new dose of his signature sound with new releases “XO” and “First Mind” through Anjunabeats. With support from numerous trance DJs, “XO” was also just included on Armin van Buuren’s annual A State of Trance compilation series, A State of Trance 2016. Genix was also called up for remixing duties by Kyau & Albert to provide a new head-banging and body-rocking interpretation of their classic trance tune, “Velvet Morning,” which was included on their Euphonic EP, “20 Years #1.”

Enter to win a meet & greet with Genix & Sunny Lax with complimentary tickets to their show at Rumor Nightclub from The Nocturnal Times:
a Rafflecopter giveaway

This event is open to attendees ages 21 and over. GA Open Bar tickets are available for $30.

Tickets for Genix & Sunny Lax at Rumor Nightclub in Philadelphia, PA for Friday, May 20th, 2016 are available HERE.