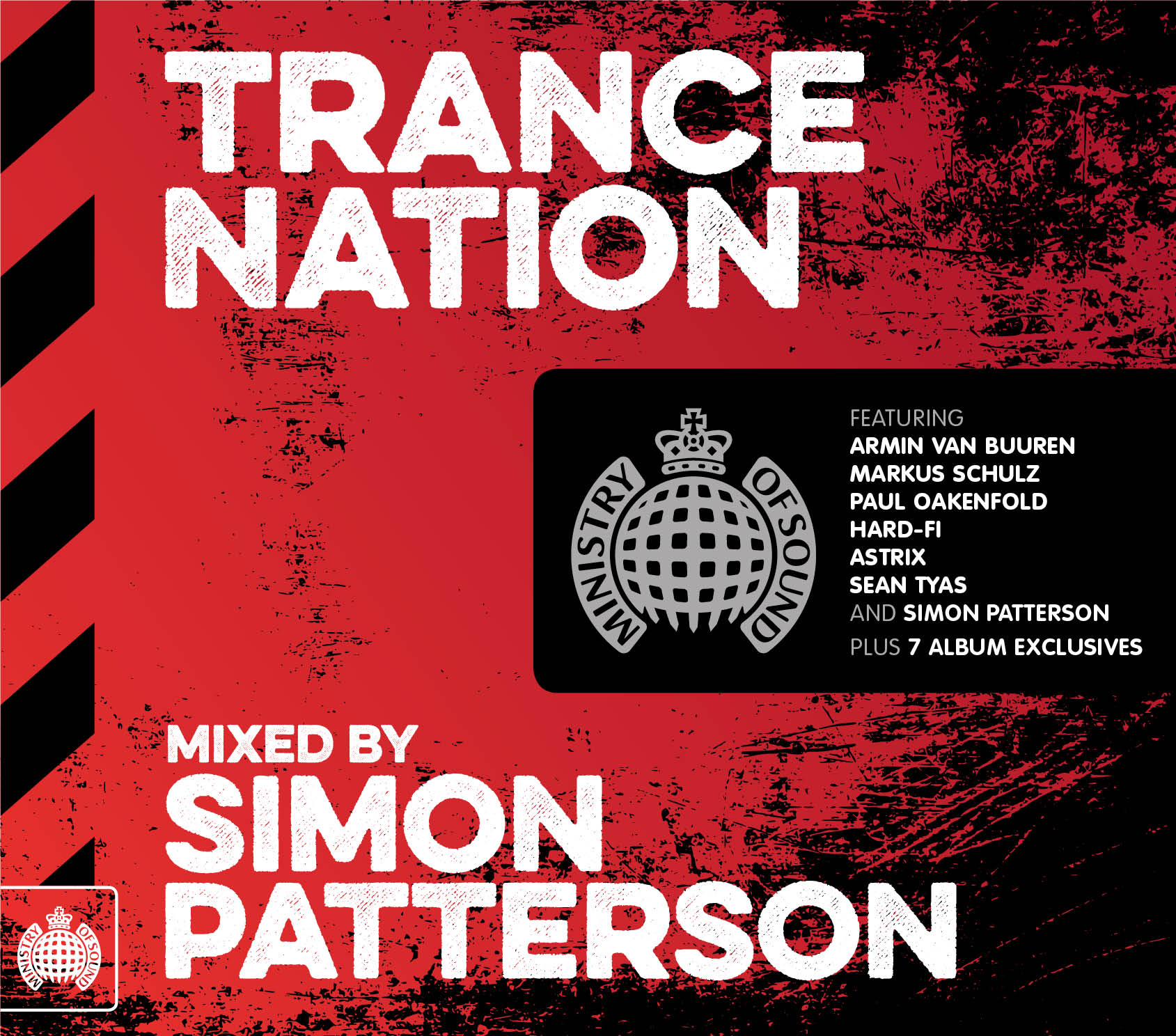 Trance lovers unite as “Trance Nation” has just been released on Ministry of Sound. On April 5, 2015, the highly anticipated latest installment of “Trance Nation” was released incorporating some of the latest and greatest productions of the year.

This year, Ministry is proud to present the iconic trance master Simon Patterson to serve as tastemaker of the renowned compilation series. Past years have featured Above & Beyond, Lange & Andy Moor, Ferry Corsten, Cosmic Gate & Rank 1, and last year with Future Sound of Egypt bosses Aly & Fila.

“Trance Nation Mixed By Simon Patterson” features 36 euphorically uplifting tracks personally chosen and seamlessly mixed by Patterson. Included in the three dozen productions are 7 global exclusives. Simon also includes a number of new productions and remixes of his own.

“What I’d like people to experience from this album is the kind of journey you would get when I play an extended six or seven hour set at my ‘Open Up’ tour nights”, says Patterson. “As it begins, you get a little bit of tone through, which then expands and expands into a mass of sound, when the lid is finally cracked wide. This album is an insight into my broad electronic musical tastes and is a progressive build in the traditional (and very real) sense of the word.”

Support of the tracks featured on “Trance Nation” this year has already begun and with festival season in full swing, fans can prepare to brace themselves for a trance-filled summer.

Alesso to Release Debut Album ‘Forever’ on May 26, Pre-Order Available on iTunes