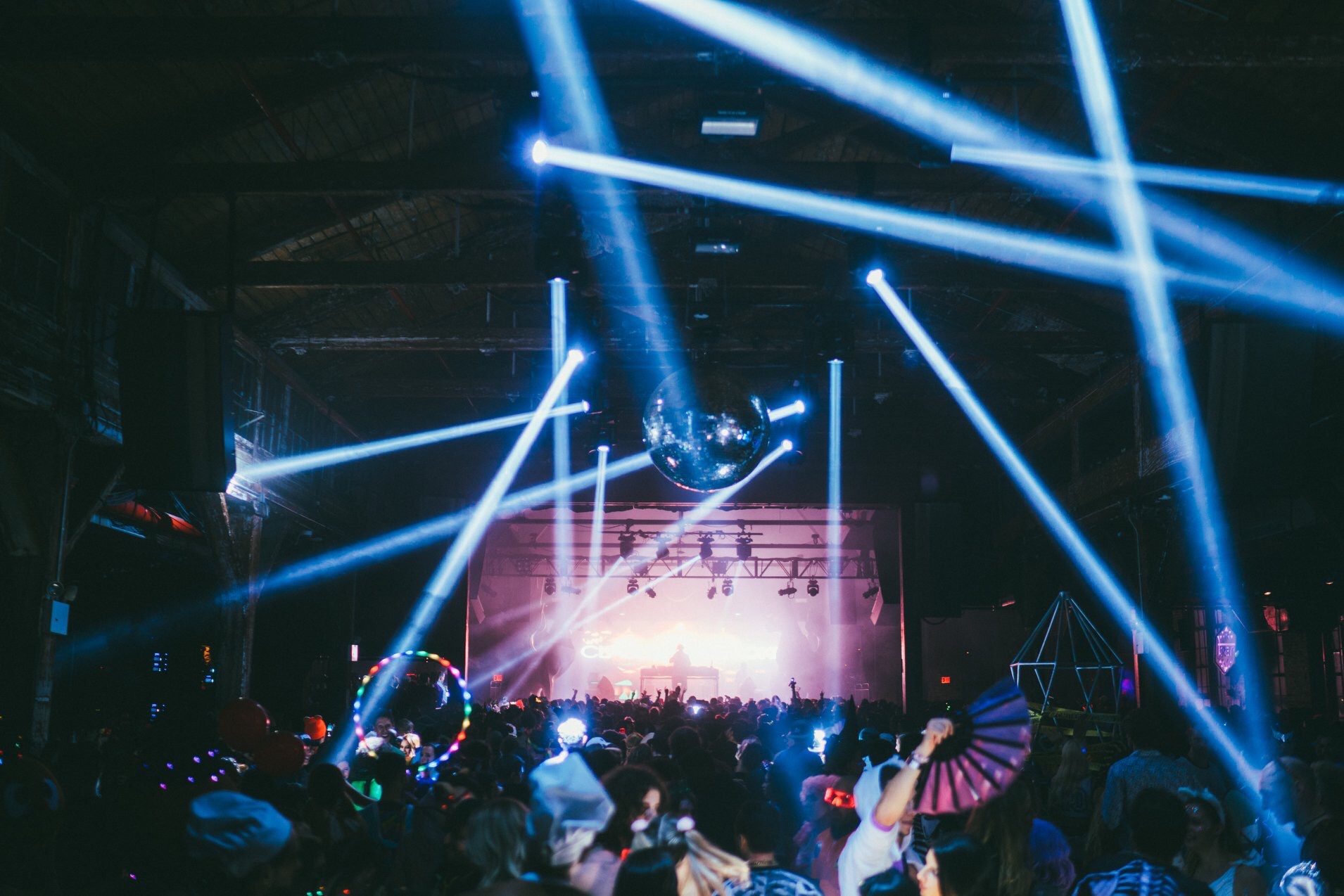 Every year, NYC natives look forward to BangOn!NYC’s most spooktacular production, Warehouse of Horrors. This year’s installment was its most massive one yet, as the haunting activities took over the historic Knockdown Center in Queens. As always, every aspect of the two-day venture was completely spine- chilling, and we’re thrilled to have been able to be a part of it all for the second time around.

While many Halloween-themed live music events take place in the city that never sleeps, nothing compares to the enchanting production that BangOn!NYC puts on for their attendees. At Warehouse of Horrors, we found ourselves completely lost in the thrill of it all. It’s the only mini festival that allows music lovers to indulge in a haunted fantasy world full of live dance music, hair-raising art installations and decor, and some pretty wicked interactive activities.

Knockdown Center was the best location to host the frightening event, as its historic ambiance already gives off some pretty eerie vibes. A collection of rooms were dispersed all throughout the venue, each hosting distinct dance music genres and supernatural artistic endeavors. Everywhere we turned, there was something oddly intriguing going on, adding to the music experience tremendously. On top of it all, everyone was dressed to the nines in some of the most ridiculous costumes we had yet to see making the entire event feel like an underground rave clashed with a real-life haunted mansion.

Both days were full of some soul-snatching live music from some of the dance music scene’s most influential artists. Throughout both nights, artists like The Glitch Mob, San Holo, Ekali, and Dirtybird Players Justin Jay, Justin Martin, and Claude VonStroke himself took over the main Warehouse Stage. House all-stars The Golden Pony, Christian Martin, Renegade Masters, The Librarían, and a few others threw down at the more enclosed back-of-the-house Horror Stage. The Alchemy stage was home to a more intimate underground sound on both days, and the silent disco let attendees escape all the horror if they could even make it out alive. Musically speaking, the production was phenomenal to say the least.

If you didn’t get a chance to attend Warehouse Of Horrors this time, make sure it’s on the top of your list for next year’s Halloween party plans. We can’t think of a better way to have celebrated our favorite spooky Holiday than by dancing to our favorite music at such an extravagantly haunting event, and we can’t wait to return next time around!

Related Topics:BangOn!NYCnew york city
Up Next