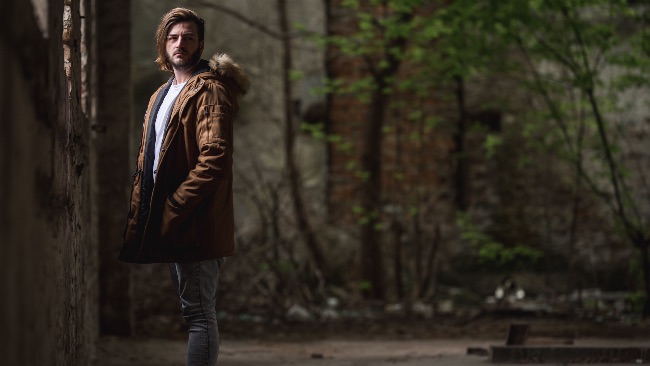 A consistent output of acclaimed singles and EPs has led to Serbian talent Vintage & Morelli’s sophomore artist album, Hymn To The Night, officially released this July. The record is presented in 14 chapters that embark listeners on a journey through his polished soundscapes. Hitting its debut at #6 on the iTunes Dance charts in the Americas, Hymn To The Night has already marked its continual success in the commercial dance world and beyond.

Vintage & Morelli, born Marko Cubric, has established his presence as a well-respected house, progressive, and trance producer. Drawing influence from Above & Beyond, Paul van Dyk, Dumonde, Riva, Enigma, and Angelli & Nelson among others, he’s been able to pull together his own unique sonic blend of emotive, world-inspired productions. Characterized by the effortless weft of purely progressive house, trance, and downtempo elements into vivid, cinematic soundscapes, he has been able to move listeners to feel his compositions, not just hear them. With releases on esteemed labels including Anjunabeats and Armada Music, Vintage & Morelli delivers his latest via Silk Music.

Exploding with experimental, serene, and euphoric elements, Hymn To The Night serves as the perfect representation of Vintage & Morelli’s musical development. The body of work showcases a wide spectrum of his compositional talents, ranging from gorgeous orchestral leads, euphoric breakdowns and chill out tracks to peak-hour progressive house and trance cuts. Lead single “Ascension” is joined by other high energy instrumentals with “Senshi” coming in close succession. Following the six-track vocal segment, the album is brought to its conclusion via melodic instrumental installments. Driving downtempo “Riptide” is succeeded by drum & bass inspired “The Deep Abyss” and followed by acoustic leaning “Last Of Us.” The album is brought to completion just as it had begun, in symphony.  Orchestral “Cosmic Overture” ignites the album and title track “Hymn To The Night” sees the journey to its end.

The unveiling of Hymn To The Night has landed in tandem with headliner billings across all dates of the 2019 SILK Music showcase 500: USA Summer Tour. A rare showcase like this is led by a selection of pioneers of the authentic progressive sound and is a do not miss for fans of the genre. Remaining tickets are available now, here.