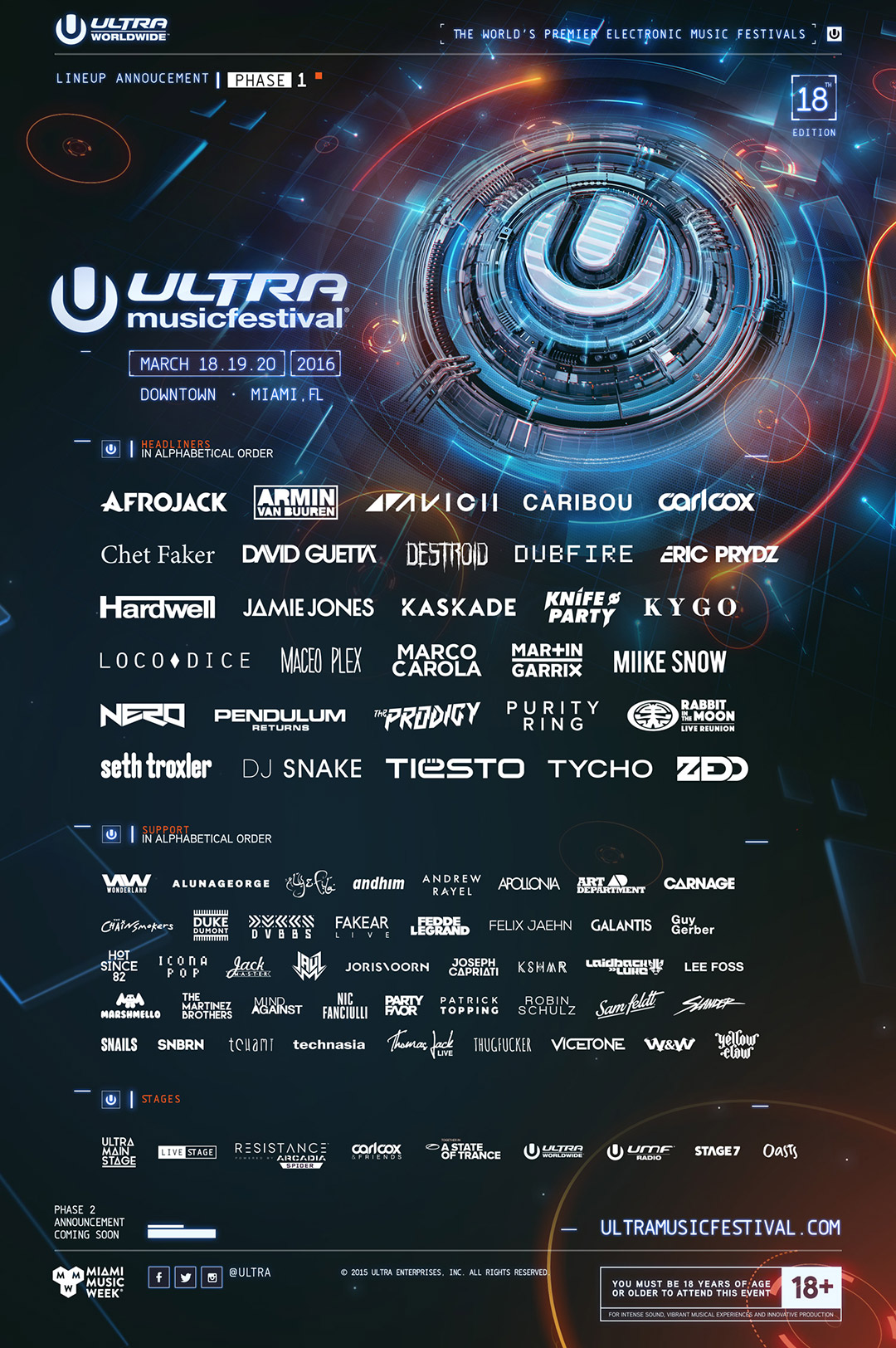 The acclaimed Ultra Music Festival has unveiled the phase 1 lineup for its eighteenth installment, which returns to Bayfront Park in Miami from March 18-20, 2016.

In keeping with its global domination, Ultra Worldwide annual brings events of colossal proportions to Japan, Korea, Buenos Aires, Croatia, Bali, Europe, South Africa, Brazil, and Peru, among others. The Ultra brand is innovative, progressive, and revolutionary. As the first of its kind to deliver a traveling music festival synonymous with stellar production, large-scale lineups, and likeminded attendees, Ultra truly has become a worldwide phenomenon.

Tickets for Ultra 2016 are available HERE.