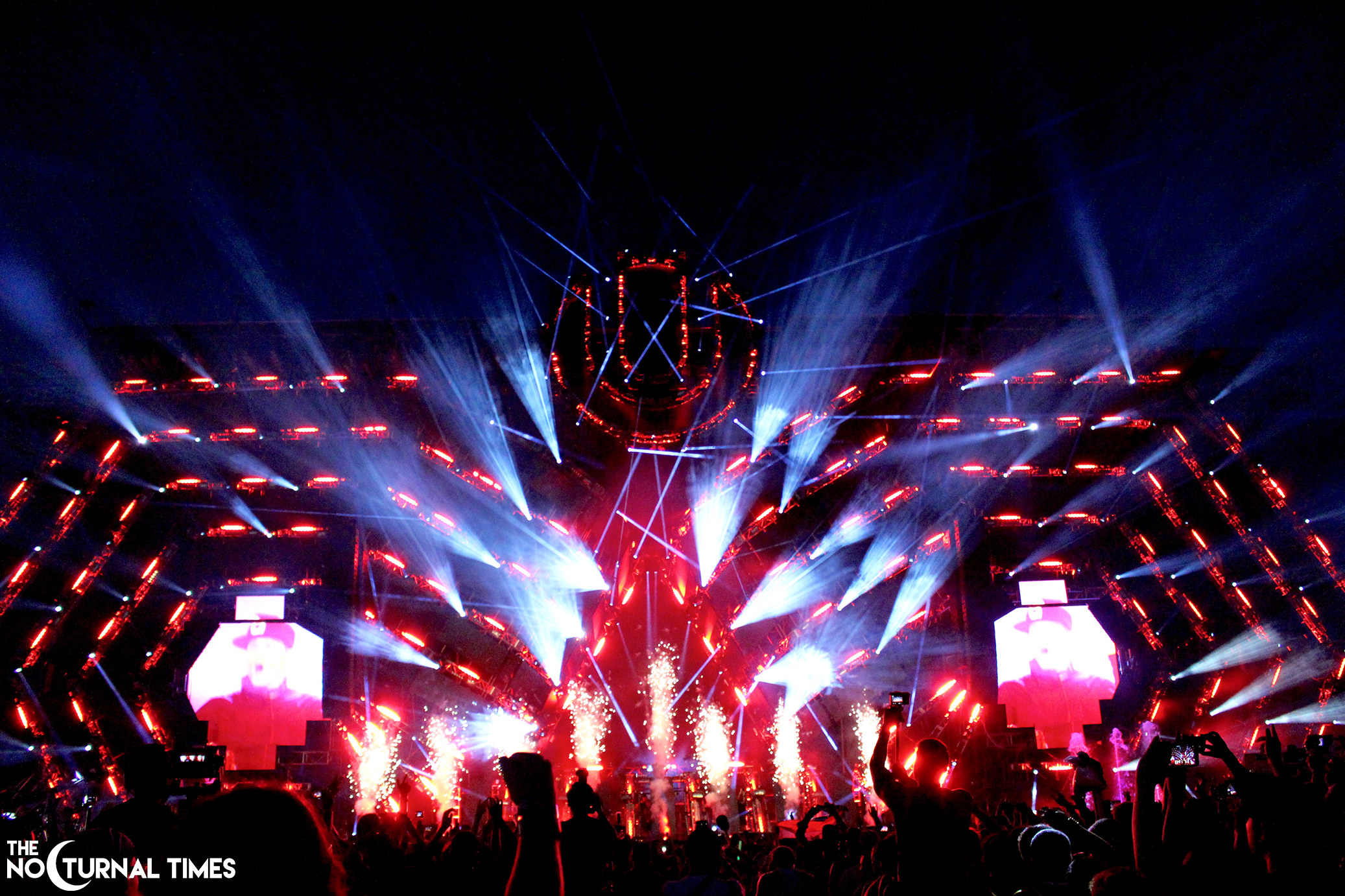 From March 18-20, 2016, Ultra Music Festival swept through Downtown Miami for its biggest and boldest edition to date

Ultra 2016 made its grand return to its original home in Miami this past weekend (March 18-20) for a sold out extravaganza. Combining the latest and greatest in electronic dance music (EDM), production, art installations, and live entertainment; Ultra has secured itself as an unstoppable force among others of its kind.

Ringing in the official start of festival season, Ultra and its coinciding Miami Music Week events always bring a mystically exciting energy from Collins Avenue in SoBe to Biscayne Boulevard in Downtown. This year, Ultra celebrated its eighteenth consecutive year in Miami by continuing to raise the bar and surpassing all expectations. General admission tickets for Ultra 2016 sold out earlier this year, but VIP tickets and VIP experience options (presented by TAO, Marquee, and Lavo) were available to partygoers at a hefty price.

Ultra Music Festival truly epitomizes what an electronic music festival aspires to be. From its unparalleled production, larger-than-life stage designs, immersive and interactive entertainment, and consistently stellar talent lineups, Ultra delivers on a grand scale year after year. Catering to electronic music veterans and newcomers alike, Ultra’s well-scouted roster was once again diverse and eclectic across each the festival’s uniquely designed eight stages.

2016 brought an innovative and original main stage to Miami, presented by main stage designer Richard Milstein, which took on the name “Pulsar.” The titanic creation boasted intertwining LED screens, hypnotizing and mesmerizing light displays, enrapturing fireworks, and larger-than-life pyrotechnics, all of which contributed to the captivating Pulsar experience.

At the notorious Ultra Megastructure on Sunday, March 20, Armin van Buuren returned with his annual A State of Trance (ASOT) extravaganza. Celebrating ASOT 750 this year in Miami, fans were entranced by a diverse lineup, which was soundtracked by Armin, Eric Prydz, Deadmau5, Markus Schulz, Aly & Fila, Andrew Rayel, MaRLo, Ben Gold, and KhoMha. The energy during “I’m In A State of Trance” consistently progressed over the course of the day. Each of the DJs part of the ASOT experience brought an added element of surprise, making the always-anticipated Ultra mainstay a significant piece of the overall puzzle.

Deadmau5 made his return to Ultra with three performances over two days. The iconic electronic act played a highly anticipated set with Armin van Buuren’s ASOT production on Sunday, as announced, and provided an impromptu DJ set at the Ultra Live Stage, where he filled in for The Prodigy on Saturday. Mau5 also appeared on Sunday night at the Main Stage with Pendulum – Knife Party to close out the 2016 edition of UMF.

This year’s Resistance stage—which made its debut at Ultra 2015—was larger and more engrossing than the last year. The Arcadia Spider—secluded in the back corner of the Ultra grounds—boasted an undefeated underground roster with the likes of Jaimie Jones, John Digweed, Hot Since 82, Joris Voorn, Marco Bailey, Technasia, and The Roaches—and that was just on Friday!

Festival sponsors, 7UP, hosted their very own Stage 7 for the second year running, handing out free bottles of Ultra branded soda bottles and light-up bracelets to patrons throughout the weekend’s course. The green-glowing bracelets assisted in lighting up the crowd, which was witnessed in person and wowing the viewers at home watching the Ultra Live broadcast. This year’s #7x7UP campaign encourages Ultra-goers to to “Live it UP at Ultra Music Festival.” Heineken, another sponsor of Ultra 2016, hosted its annual Heineken House and sported a clever billboard which read: “143 years old and still attending Ultra.”

In keeping with tradition, Ultra Music Festival broadcasted many of the weekend’s sets live with audio on SiriusXM’s UMF Radio and their Ultra Live experience, which offers viewers HD viewing from home. Visit thenocturnaltimes.com throughout the week for live sets, video broadcasts, and the always-anticipated official FinalKid after movies from Ultra Music Festival 2016 as they’re uploaded!

As one of the first of its kind, Ultra is not just a Miami staple, but a piece of dance music culture. Perhaps a testament to their organic growth, Ultra Music Festival returns to Miami to celebrate its its nineteenth edition on March 24, 25, & 26, 2017. Stay connected with Ultra 2017 updates, HERE.