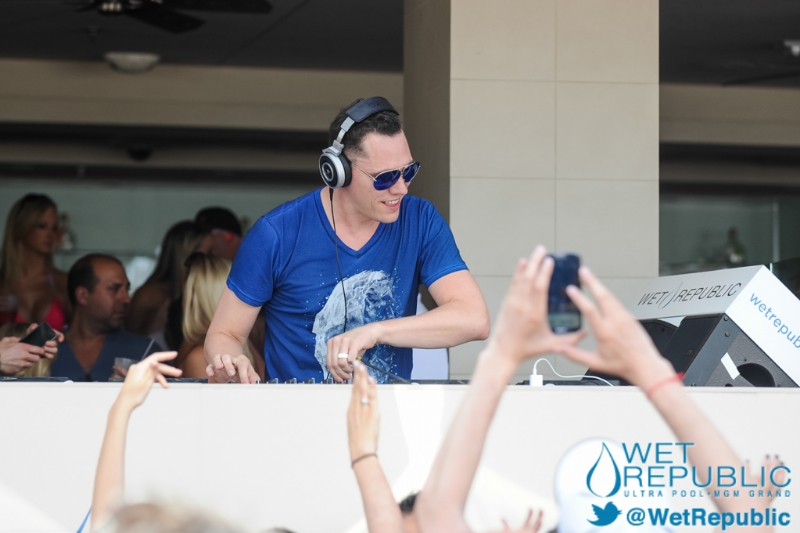 Dutch powerhouse DJ and producer Tiesto—who has become a household name—will heat up Sin City during EDC Week as part of his Wet Republic residency. Taking over the Wet Republic Ultra Pool at MGM Grand Resort & Casino in Las Vegas on Sunday, June 21, Tiësto pool stop is undeniably one of the hottest tickets of the week.

As one of the most highly anticipated headliners of the annual Electric Daisy Carnival at the Las Vegas Motor Speedway, Tiësto has new “Club Life Vol. 4” material and tunes from his latest album “A Town Called Paradise” to showcase at the main stage.

Tiësto will also perform in the main room at Hakkasan Nightclub on Friday, June 21. Tickets for Tiësto’s nightclub showcase at Hakkasan are available here.