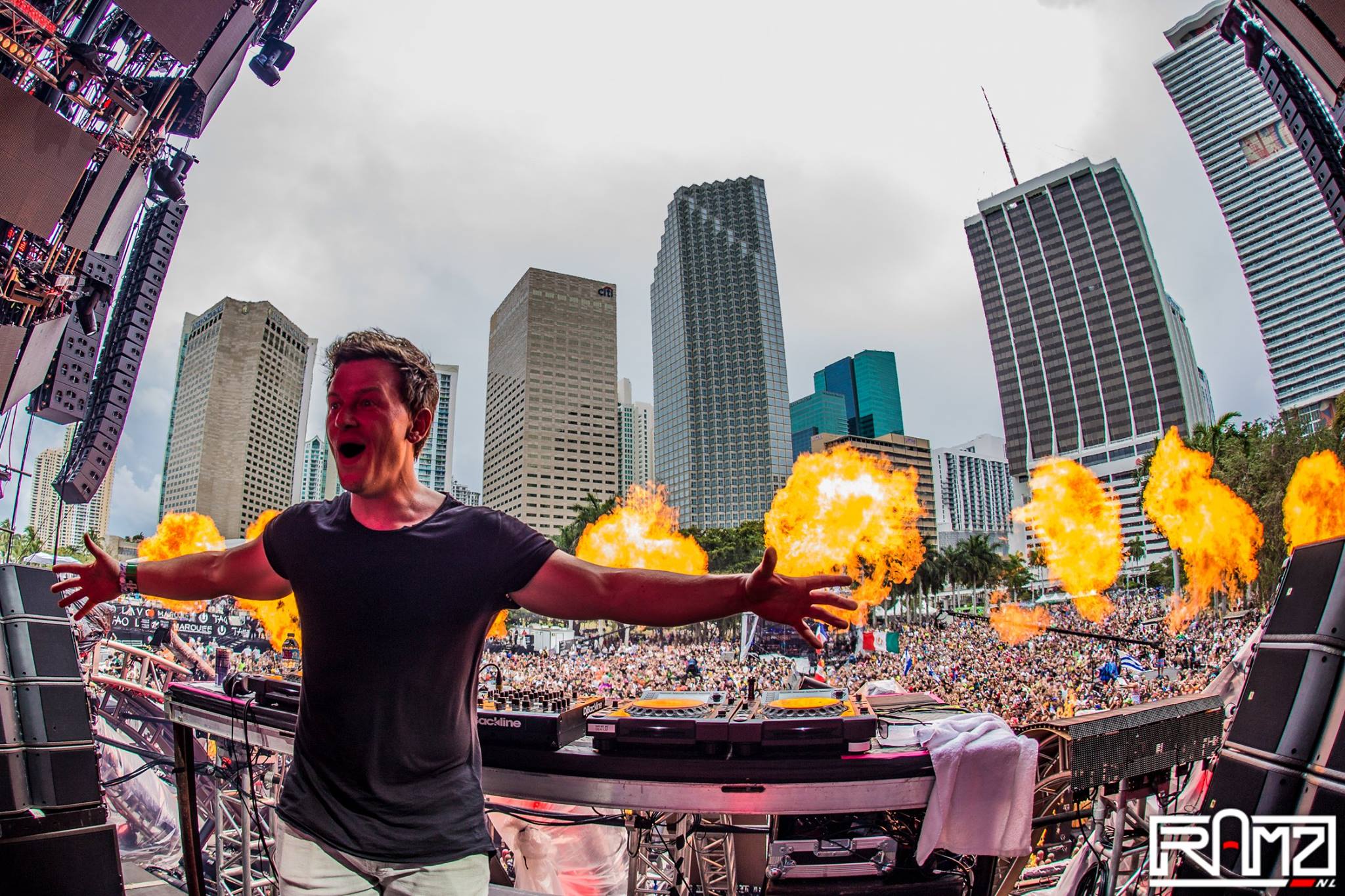 Fedde Le Grand sat down with The Nocturnal Times at Ultra Music Festival to touch base on past, present, and future

Internationally famed DJ and producer, Fedde Le Grand, has been part of the electronic music scene for more than two decades. As an experienced veteran, Fedde is no stranger to Ultra main stage performances, which includes Miami, and the rest of the world.

This year, Fedde Le Grand released his latest studio album, Something Real, which has already procured an abundance of critical acclaim just one month after its initial release on Darklight Recordings/Ultra Music.

Le Grand is an electronic dance music (EDM) connoisseur; a tastemaker with decades of experience in the industry. The DJ Mag Top 100 mainstay has crafted an extensive discography to boot, which includes classic dance anthems such as “Put Your Hands Up 4 Detroit” and “Let Me Think About” with Ida Corr. Fedde’s repertoire has expanded as of recently with newly released singles: “Keep On Believing,” “Give Me Some” with Merk & Kremont, “Down On Me,” “Lost” feat. Jonathan Mendelsohn,  “Tales Of Tomorrow” with Dimitri Vegas & Like Mike feat. Julian Perretta, and “Take Me Home” with Patric La Funk.

The Nocturnal Times had the opportunity to catch up with the electronic phenomenon during Ultra to discuss his latest studio album Something Real, his recent single releases, the future of his record labels, where he sees himself in five years, and more.

THE NOCTURNAL TIMES: How and when did you first get your start in dance music? What came first for u DJing or producing?

FEDDLE LE GRAND: I began as a DJ actually, but I was just DJing everything; from top 40 to dance. We have a student bar that plays Top 40 and Hip-Hop so later on I started becoming more interested in producing. I started out as a fan of Hip-Hop and then House music. I then started to do my own parties and then I started throwing my own parties. I didn’t really know what I wanted to study so, I spoke to my parents and I told them I wanted to work in music. Now, my mom is a painter, so she’s very creative, but my dad is a physical therapist. So, he was trying to tell me that there isn’t really money in music and to reconsider.

How long ago was this?

FEDDE: Wow, that has to be about twenty years ago.

Wow, so where did you go from there?

FEDDE: After that, I started my first studio and started producing. From that point on I started producing. My first studio was a MIDI studio so, I had to buy all of the stuff. Two years later, Logic came out, and I think I literally cried. I then started my own label and throwing my own parties. I wouldn’t say I was really struggling, but I always thought, if I can make it in the Dutch market, which is what I was aiming for, I would be good.

Can you recall your first ever nightclub gig?

FEDDE: Yeah, it was horrible [laughs]! My mom drove me so, that’s already not a good start. On the way there it was fine, but on the way back she didn’t really like it because I was finished so late. I remember there was a bachelor party there with some guy dressed up like a carrot! That’s all I can remember actually! Well, actually I remember that I thought it was the shit [laughs]! I thought it was the most awesome night ever because I could actually play and they paid me money.

That’s awesome! So, were you young when this happened?

FEDDE: Oh, yeah! I was probably about sixteen years old.

Let’s talk a little bit about the new singles that you’ve released in 2016 already, and also get into your new album Something Real, which was released in February. What was it like making the album and what can you share with your fans about the experience?

FEDDE: The thing is, I didn’t really want to do albums anymore. In general, dance music is a single driven market, for anyone. I think two years ago there was not too much going on in the sense that everything was sounding exactly the same. It was like a copy, of a copy, of a copy, of a copy. But now, it’s beginning to open again. Actually, I have the feeling a lot of people don’t know where it’s going and they don’t know what to do. But to me, that’s kind of a good sign because now you’re more able to do what you want to do and if it works it works. I sometimes save tracks for years and hold onto them because you never know when you’ll come across a great vocal that fits.

How long would you say it took for you to complete Something Real from start to finish?

FEDDE: Well, I did a lot of updating some songs I had done a while ago. I think maybe five months completely once I had an idea of the direction I was going for the album.

You’re an Ultra Music Festival staple. What do you like most about returning to Ultra’s Main Stage in Miami every year?

FEDDE: Well, it’s definitely changed a little bit because by now I’ve done so many Ultra’s across the world that it really is a family. All of the guys backstage, from the light guy to the dancers, it has become a family that gets to travel the world together. I think what I kind of like about it is that Ultra is very straightforward. It almost has a rock concert feel to it, which is what I like, it’s different than the others. It has a very full frontal energy to it, which I really like about it!

Any artists you’re looking forward to catching in Miami?

FEDDE: I checked out Dannic, Hardwell, Sunnery James & Ryan a little bit. Here at Ultra I liked to check out artists that I don’t know yet. There are acts here that I don’t know of yet that I wanted to go check out because that’s how you become more inspired. What I love the most is to just walk around because that’s when you find acts that you wouldn’t normally listen to.

FEDDE: I would say in a warm country somewhere retired [laughs]! No, no, to be honest, I don’t really have a wish list anymore. No! I’m thinking about it, and no! I don’t have any festival in mind where I think to myself, I haven’t played there yet and I want to. You know, I like this, and I’m allowed to do it, that’s how I see it. As long as it’s fun for me, I’m going to keep doing it. Because I think that’s the great thing about music; it’s always evolving so, as long as the people will have me, I’ll fucking be there!