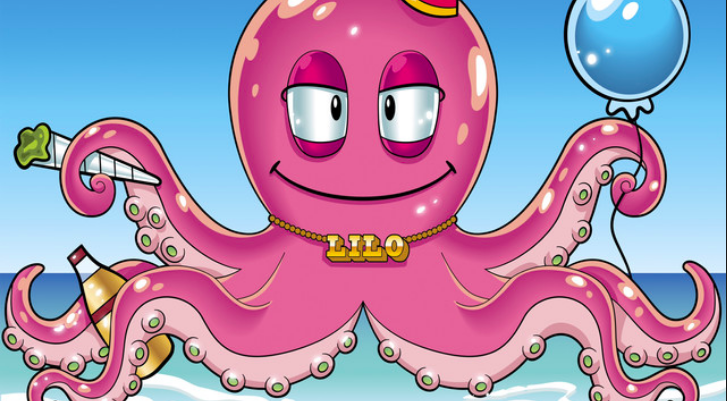 Who is LILO the octopus? The mysterious Swedish/South Korean born producer LILO came onto the scene last August. He managed to make some fantastic noise with his debut cover of Kylie Minogue’s “Can’t Get You Out Of My Head.” This amazing slap house track amassed over 500,000 streams in less than 8 weeks.

Not resting on his achievement, LILO went back in the studio. He then came out with his re-work of 2PAC’s classic “Still Ballin” featuring Kurupt. For this track LILO collaborated with Ricky Retro for the first time. After that, release things went pretty fast for the little octopus. He caught attention by blogs including YourEDM, ThisSongIsSick, and Earmilk, amongst more.

So far, little is known about the Swedish South Korean octopus named LILO. Naturally the anticipation for his new track, an irresistible cover of Milky Chance’s hit song “Stolen Dance” was high. LILO’s spin on Milky Chance is reworking this staple masterpiece into a modern piece of art. He left the original vocal intact but added his own style. A massive drop combined with some pumping bass enhances the all time classic vocal. This really is a perfect track for any festival when the world re-opens. For now, we have to settle for the thought that this mesmerizing record has all the fish in the sea swimming.

Related Topics:LILOstolen dance
Up Next