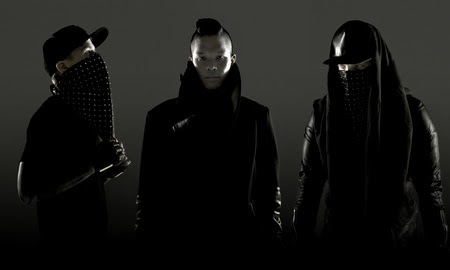 The Glitch Mob and GoPro have joined forces for the latest product launch for the acclaimed electronics company, which focuses on digital cameras and video recording. The Glitch Mob’s productions have been showcased in several high-profile GoPro videos, including one of the company’s first televised commercials in 2012. Upon debuting their new HERO4 Session camera, which is smaller and lighter than anything they’ve released thus far, the tech company included The Glitch Mob’s “Animus Vox” in the launch video, which is a compilation of athletes in high-speed and gravity-defying scenarios.

“It’s been a wild ride creating so many projects together. Our music has been the background to some of your coolest projects that highlight the best athletes in the world,” said The Glitch Mob in an open letter to the GoPro team. “Pushing boundaries of any kind is what inspires us, and GoPro are at the center of this. It’s been a true honor to collaborate with the GoPro family.”

In addition to their track being featured in the big GoPro launch, The Glitch Mob also recently released their latest EP, “Piece of the Indestructible.” Their upcoming show dates throughout the remainder of the summer include HARD Summer in Los Angeles, North Coast Festival in Chicago, and Electric Zoo Festival: Transformed in New York. The Glitch Mob will also perform at the breathtaking Red Rocks Amphitheatre in Morrison, CO on 7/30 for HARD Red Rocks. For a full listing of upcoming tour dates visit http://www.theglitchmob.com/tour.