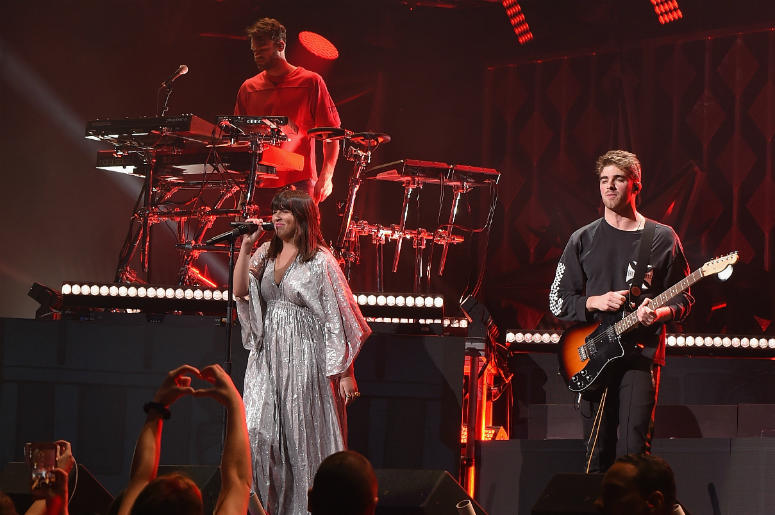 The Chainsmokers have called upon Emily Warren for their newest production. “Side Effects” is groovy and offers a different approach than the typical sounds of Alex Pall and Drew Taggart. Catchy piano melodies coupled with Emily’s soothing voice result in another contagious release from The Chainsmokers. This isn’t the first time Alex and Drew have collaborated with the talented Emily Warren, who is also featured on their Memories: Do Not Open studio album (“Don’t Say,” “My Type”). Among songwriting credit and uncredited or backup vocals, Warren was also the lead vocalist on The Chainsmokers collaboration with Tritonal, “Until You Were Gone.”

On Sunday, The Chainsmokers take to the beach in Atlantic City for an open-air event. The guys have also been nominated for Best Dance Video for “Everybody Hates Me” at the MTV VMAs 2018, which takes place at Radio City Music Hall on August 20.

Related Topics:emily warrenthe chainsmokers
Up Next