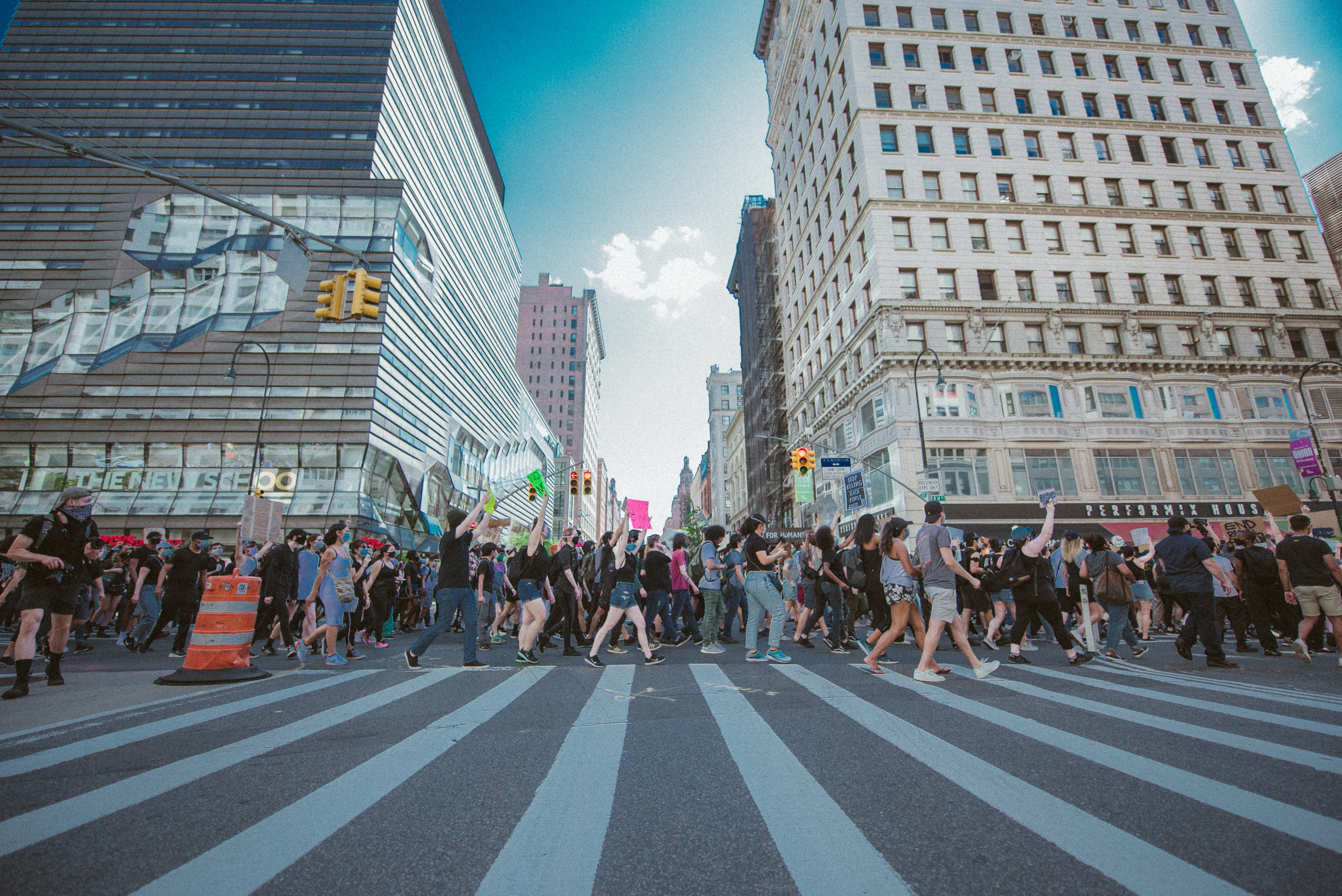 In light of recent events across America, sparked by the unjust deaths of George Floyd, Breonna Taylor, and Ahmaud Arbery, and many others, The Nocturnal Times team has paused the show, taking the necessary space to learn, grow, listen, and educate.

As a publication dedicated to electronic and dance music, we are comprised of a small but passionate team of writers and editors who believe in the power of music to unify, inspire, and heal.

We also know that Dance Music would be nothing without the Black artists, musicians, singers, and songwriters who contributed to the formation and development of Dance Music from its nascent days in jazz, disco, and funk, to the current beats of house, techno, and trap.

In that spirit, we wanted to amplify the often-left-out voices of the Black artists who have heavily impacted the dance music genre. As a music publication that promotes, analyzes, supports, reviews, and uplifts both emerging and established artists, we would be remiss if we didn’t first acknowledge the huge influence that Black artists have had on the music that we love and enjoy by showing up, each day, to do the Anti-Racist work.

Below is an introductory history of dance music, which will specifically focus on the substantial and foundational contributions of Black musicians and artists to the genre. You’ll also find a comprehensive survey of resources that you can access to educate, donate, sign, and support the Black community. It is our duty to use our platform to support marginalized artists, to educate our readers on the indelible impact these artists have had on electronic and dance music throughout history, and to firmly make a stand against racism.

A History of Dance Music

The influence of Black creators on dance music can be seen as far back as the 1890s, when Scott Joplin – the “King of Ragtime” – released some of his first works, including the famous “Maple Leaf Rag” in 1899. Joplin – who was born in Texas in 1868 –  combined his love of the piano with his familiarity with African hymns and spirituals to lead the charge in the development of a new genre of music known as Ragtime Music. Ragtime was a completely new style of music that blended African rhythms with European melodies, and paved the way for stride, jazz, and big band swing.

At the turn of the 20th Century when Ragtime music was in its heyday, conservative Whites rejected it for its “association with loose morality,” arguing that the music and rhythms caused dancers to move and sway in immoral ways. Although it faced heavy backlash from those who believed Ragtime Music led to an amoral society (and was particularly dangerous for teenagers), Rag eventually became more mainstream; White musicians in the Roaring Twenties appropriated the popular rhythms produced by Black Ragtime artists, performing them in dance halls. Up until this point, most of White America had limited dance music to the stiff and orchestrated movements found in classical waltzes and quadrilles. Joplin, W.C. Handy, and Jelly Roll Morton were among the first artists to push the boundaries of socially acceptable dance music and pave the way for the wildly popular Jazz and Funk styles to follow.

As the Roaring Twenties led to the Great Depression, Ragtime music ushered in the age of high Jazz and big band swing music, led by original Cotton Club performer Duke Ellington. The Cotton Club was one of NYC’s original nightclubs, and was in its operational prime in Harlem from 1923-1940. Like many dance halls, the Cotton Club did not initially admit Black patrons to the establishment due to Jim Crow laws. This did not stop club owners from frequently profiting off of the work of the era’s leading Black jazz and big band swing performers, including the likes of Duke Ellington, Fletcher Henderson, Chick Webb, Ethel Waters, Billie Holiday, Louis Armstrong, and Adelaide Hall.

The Cotton Club—and specifically, the Black artists that performed there—were critical in ushering in a new era of big band dance music, which relied on heavy brass and reed instrumentation, and of course, a rhythm section. Big Band Swing and Jazz music were participatory musical styles, made to be danced to instead of listened to inertly from the sidelines.

In response to the fast, loud, voluminous, upbeat, and even frenetic sounds of Jazz and Swing, Rhythm and Blues was born. Rhythm and Blues, or R&B, was a popular style of African American music that developed in urban cities in the 1940s as a counterpart to its more upbeat cousin, Jazz. It was often slower and more soulful, relied heavily on the piano and guitar, and was developed out of an emotional need for Black musicians to express their pain and frustrations in post-war segregated America. R&B itself is a complicated label that was largely used as a blanket description for all Black music in America, regardless of stylistic traits. However, true R&B, derivative of Jazz and lead by artists such as “The King of Jukebox” Louis Jordan, Big Joe Turner, and Roy Brown, was earthy and emotive, with pounding atempo beats and stark emotional undertones.

As Classic R&B sought to tell a story and express the frustrations of Black people in the 1940s, it paved the way for the popular Funk Music of the 50s and 60s. Funk music was a danceable musical style that blended the traditional soulful hymns of the Black communities with uptempo Jazz and the grittier elements of R&B. Funk Music was pioneered by the legendary “Godfather of Soul” James Brown, who changed the rhythm of traditional R&B by emphasizing “The One,” which was essentially the first beat or downbeat in each measure. Through his signature style, as well as the introduction of syncopated basslines and 10-minute long arhythmic grooves, Brown paved the road for the atypical dance beats that would come to characterize future electronic dance music.

A decade later, the 1970s saw the rise of disco music, which first began as a dancehall popularization of Funk and R&B music, but which eventually developed into a more “danceable” style of music with the introduction of the classic “four-on-the-floor” bass drum beat with cymbals on the off beats. By allowing the bass drum to strike on each of the four main beats, dancers were able to move and groove more easily around the dance floor.

Pioneers like “Queen of Disco” Donna Summers and Nile Rodgers, still wildly popular today, completely revolutionized the genre, churning out several multi-platinum hits. Rodgers, along with bass drummer Bernard Edwards, formed the disco band “Chic,” which brought disco to new popular heights with the popular song “Le Freak,” which was Atlantic Records’ sole triple platinum-selling single at the time. Chic is also responsible for several Top 10 hits including “I Want Your Love,” “Everybody Dance,” and “Dance, Dance, Dance,” which are still popular in dance clubs today.

Donna Summers, on the other hand, was instrumental for pushing Disco even further into the electronic music realm. Her 1977 single “I Feel Love” was one of the first songs that used an electric synthesizer, arguably laying the foundation for the rise and development of the electronic dance music we see today.

In the 1980s, Disco gave way to House Music, which, though similar to disco, largely originated in Black LGBTQ underground clubs in New York and Chicago. While House Music brought Disco’s quintessential four-on-the-floor beat into the new decade, it also introduced deeper baselines and a more mechanical beat.

House music was pioneered by the Bronx-born legendary “Godfather of House” Frankie Knuckles, who was largely responsible for developing House music as a DJ at Chicago’s underground gay club The Warehouse. The term “House music” is derivative of The Warehouse, where Knuckles regularly played his signature sounds. Before opening up his own club in Chicago, The Power Plant, Knuckles honed his skills at The Warehouse, mixing beats with Disco and percussion fills on the regular rotation of DJs at the popular nightclub. Knuckles became so popular that The Warehouse, which used to be a members-only club for gay black men, dropped its exclusivity and opened its doors to everybody. Knuckles is known as one of the best musical remixers to date, having won the 1997 GRAMMY Award for Non-Classical Remixer of the Year. His influence can still be felt today in clubs and dance music festivals around the world.

Concurrently, while Knuckles was developing House music in Chicago, Techno music was being developed out of Detroit in the 1980s, and Trance music was in nascent stages across the Atlantic in Europe. DJs like Carl Cox, known for his Acid House and techno styles, began to take over the world stage, blending various American and European dance genres into an entirely new form. Cox, who pulled from rare groove, hip-hop, and electro tunes, had a 15-year-long yearly residency at Space Ibiza, one of the most famous dance clubs in the world. Still active today, he has curated his own event stage at some of today’s most famous dance music festivals, including Ultra Music Festival Miami, EDC Las Vegas, Amsterdam Dance Event, and Tomorrowland, to name just a few.

Without the vanguard of Black musicians and artists paving the way and laying the foundation for dance music development since the 1890s, the current genre of dance music would, put simply, cease to exist. Since Scott Joplin introduced his “amoral” Ragtime music that made people “dance and behave licentiously,” to the dancehall Jazz, Swing, and Rhythm and Blues era, all the way up through disco, techno, trance, and house, we see the significant influence of Black culture on dance music. As we continue to learn and educate ourselves, we must respectfully acknowledge that Black contributions form the cornerstone of the music we celebrate today. As we continue to analyze and reevaluate the canonical history of dance music, it’s imperative that music publications moving forward rightfully recognize the genre’s Black roots and continue to amplify its voices.

Cracking the Codes: Joy DeGruy, A Trip to the Grocery Store (4 min)

When They See Us (Netflix)

Just Mercy (free to rent for the month of June)

The Hate U Give (Hulu)

I Know Why the Caged Bird Sings by Maya Angelou

How to Be Anti-Racist by Dr. Ibram X Kendi

Me and White Supremacy by Layla F. Saad

Born a Crime: Stories of a South African Childhood by Trevor Noah

The Loveland Foundation (Organization founded by @rachel.cargle to raise money to fund therapy sessions for Black girls and women)

Related Topics:Black Lives MatterBLMHistory
Up Next