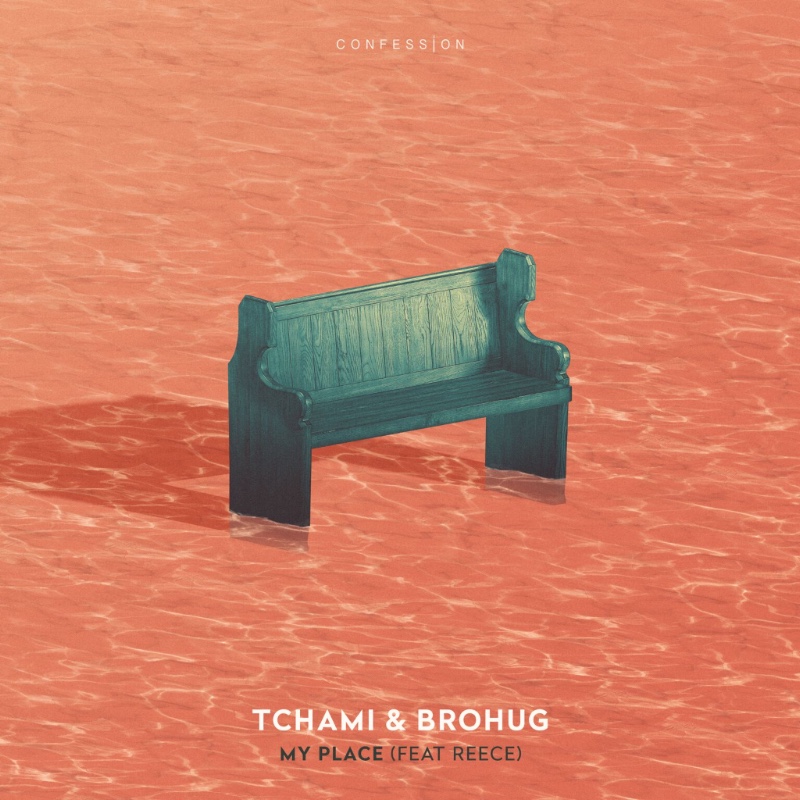 Following his massive ‘No Redemption Tour’ alongside partner in crime MALAA, this past month alone has been one for the books for future-house pioneer, Tchami. May is soon to conclude a month full of milestone accomplishments for the highly-recognized electronic artist, including his debut ‘No Redemption’ appearance with MALAA at the legendary Red Rocks Amphitheater and the magical place that is EDC Las Vegas.

To top this month off, Tchami just leaked his latest single with Swedish trio BROHUG, “My Place” ft. Reece, on his Confession record label. Before its official release, the track has been blatantly heard during his most recent live sets, including during the commencement of his grand b2b appearance with MALAA at Ultra Music Festival in Miami this past March. “My Place” features the perfect blend of both artists’ signature sounds, in which the electrifying tempos of future house, tech house, and deep house seem to all merge in unison all throughout. Not to mention Reece’s crooning vocals, which overlay smoothly alongside Tchami and BROHUG’s deep beats. Talk about the perfect track to kick off this flaming summer season.

With worldwide festival and show appearances throughout these upcoming tropical summer months, we all have a hot new track to bump to and dance effortlessly to all season. From more intimate shows such as his debut at Output nightclub in New York City and and Echostage in Washington D.C., to larger establishments like Spring Awakening in Chicago and Creamfields Steel Yard in London, Tchami will most definitely keep us all on our toes begging for more. “My Place” is out now on all music media platforms, and we promise you won’t be able to stop grooving to its fiery future-house tempo!