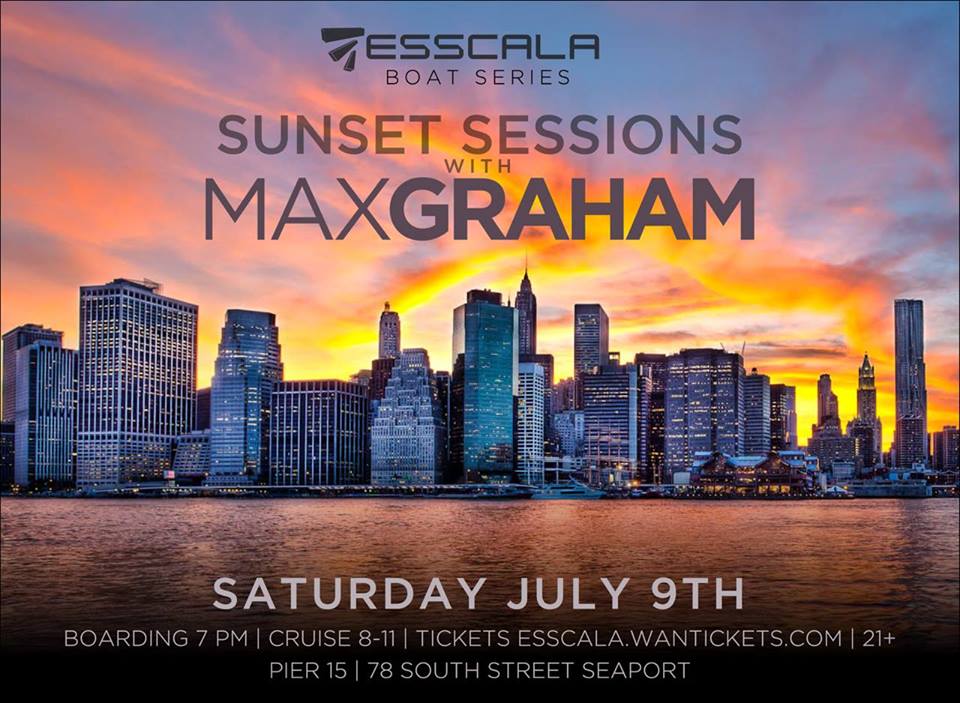 Esscala reveals their latest boat party series, Sunset Sessions, with the first departure this Saturday July 9th being hosted by the legend himself, Max Graham.

Max Graham has been in the music industry since the 1990s, spanning longer than the lives of some current listeners of electronic dance music. His repertoire goes back through endless catalogs, and most recently he has built himself quite the label with Cycles. Max Graham has been a stable for any techno/progressive listener within the last few years, solely based on his weekly radio show Cycles Radio alone. For some time Max Graham was more known for his reputable trance style releasing tracks such as “The Evil ID” and “Nothing Else Matters.” In the past couple years we’ve seen a dynamic shift into the techno scene from Max Graham, as he continues to find inspiration and evolve into other musical realms. His latest releases include “Moonchild” and “Amnesia,” and he’s currently working on his 9th Cycles collective album.

Given the opportunity Max Graham knows how to lay down proper open to close sets, and has become infamous for putting on some of the best OTC sets in the business. His Cycles landmark celebrations certainly know how to bring the party, and New York City’s Esscala hosted their 200th party at Santos Party House last April of 2015. Max Graham is no stranger to the gleaming boat party either, he did an intimate set on a yacht in his home turf in Toronto, Ontario last summer as well. He also has more boat party fun planned for the tail end of the Ibiza summer season. His first party on the water in NYC, and the first of its kind out of the quality city entertainment group Esscala, Sunset Sessions featuring Max Graham will be one of the coolest parties of the weekend. Don’t miss a chance to see the sun kissed touched skyline of New York City from the Hudson River this Saturday July 9th.