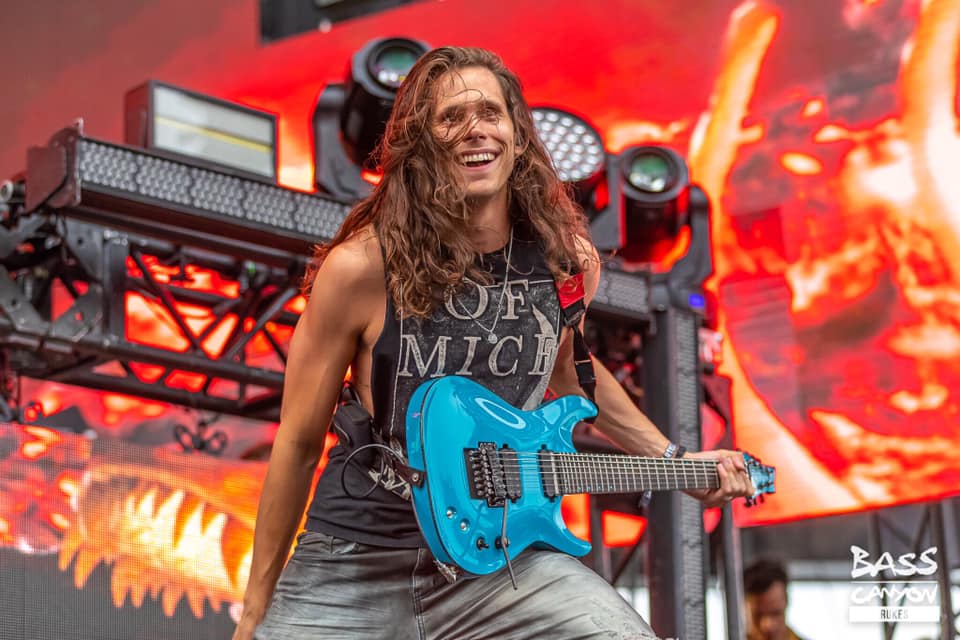 Electrifying the electronic landscape with a stunning new release, Sullivan King and TYNAN have established a name for themselves, their craft, and their influence in the dubstep and experimental bass music scene with a slew of heavy releases and mind-rattling live performances. Acting as the 2nd track of Sullivan King’s Show Some Teeth debut album, “If My Eyes Are Vampires (Your Body Is My Sunlight” is a perfect manifestation of the two artists’ production styles and massive sound.

“If My Eyes Are Vampires (Your Body Is My Sunlight” possesses vocals, percussive elements, and guitar riffs that hold heavy metal-punk attributes, while still building into rambunctious synths and bass found in modern-day dubstep. The track is scattered with piercing synth presets that’s deemed to satisfy any bass head, combined perfectly with Sullivan King’s epic lyrics and drum fills.

Alongside the boisterous release, both artists have been making serious moves within their career and artistry. On-top of Sullivan King’s Show Some Teeth album, the musician-producer is also in full effect for his Thank You For Raging Tour. TYNAN has truly began to stand out for his dark hybrid trap-dub production style the past years, recently releasing a massive remix for Zomboy’s single, “End Game.” He’s played live performances with praised reviews for major festivals such as Coachella, Bass Canyon, Wakaan Fest, and more.

Keep an open eye and ear for both Sullivan King and TYNAN, as they’re truly paving a sound and name for themselves in EDM. With a slew of unreleased music or scheduled tours, both artists are expected to blow speakers with their craft.

Related Topics:bass musicDubstepIf My Eyes Are Vampires your Body Is My Sunlightsullivan kingTYNAN
Up Next