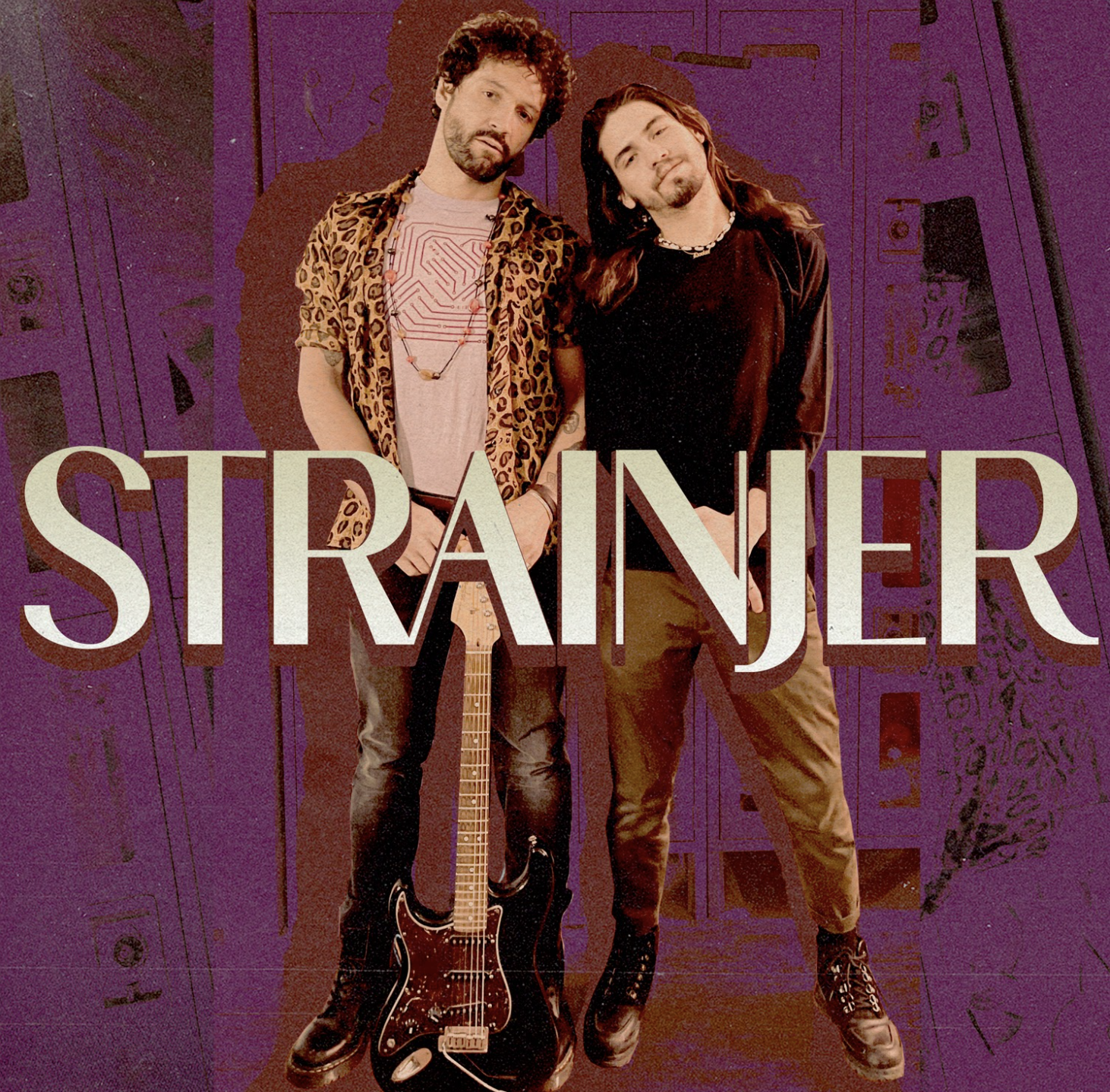 STRAINJER, the Glam-rock duo hailing from NYC, has already been garnering praise for their debut single “Cherry’s Bent” — and now, things are only getting bigger for the rising force. Serving up a three-minute journey of a music video, STRAINJER has just unveiled the official visual for their song “Cherry’s Bent.”

Timothy Layn, the multi-instrumentalist and dance-music-mastermind behind critically acclaimed dance music duo, The Golden Pony, leads STRAINJER. He embodies a frenzied creative spirit with a passion to break the mold with STRAINJER through glitzy, electric individualism that stands out from the rest, an attitude that is especially present in this music video. Drawing direct inspiration from Timothy’s scooter rides around his hometown of Brooklyn and unbridled imagination, there’s no shortage of hilarious, eye-popping imagery, which is instinctively (and instantly) captivating. Watch the official music video for “Cherry’s Bent,” below, which takes listeners and viewers on a journey that serves up Grand Theft Auto vibes, all while Timothy finds trouble, love, and an unexpected (yet hilarious) police encounter.

“A number of the scenes in the video are about me being in this video game “Grand Theft Auto”, where the player steals cars and motorcycles. Ironically, the scooter which I am driving in the video was actually stolen right after the video shoot! I was so exhausted from the shoot I forgot to lock it up.  I was super pissed at the time but can laugh about it now as insurance paid more $ than i bought it for, and I have a new scooter.  Which I lock every night!!!!” – Timothy

This music video fits into the larger STRAINJER aesthetic, as Timothy explains “it’s our first video, and I wanted to introduce some imagery of us playing live ahead of going on tour and having actual footage.  I also think some of the imagery like the analog TV backgrounds fits well with our aesthetic.  I love being part of video productions, so this will be the first video of many!”