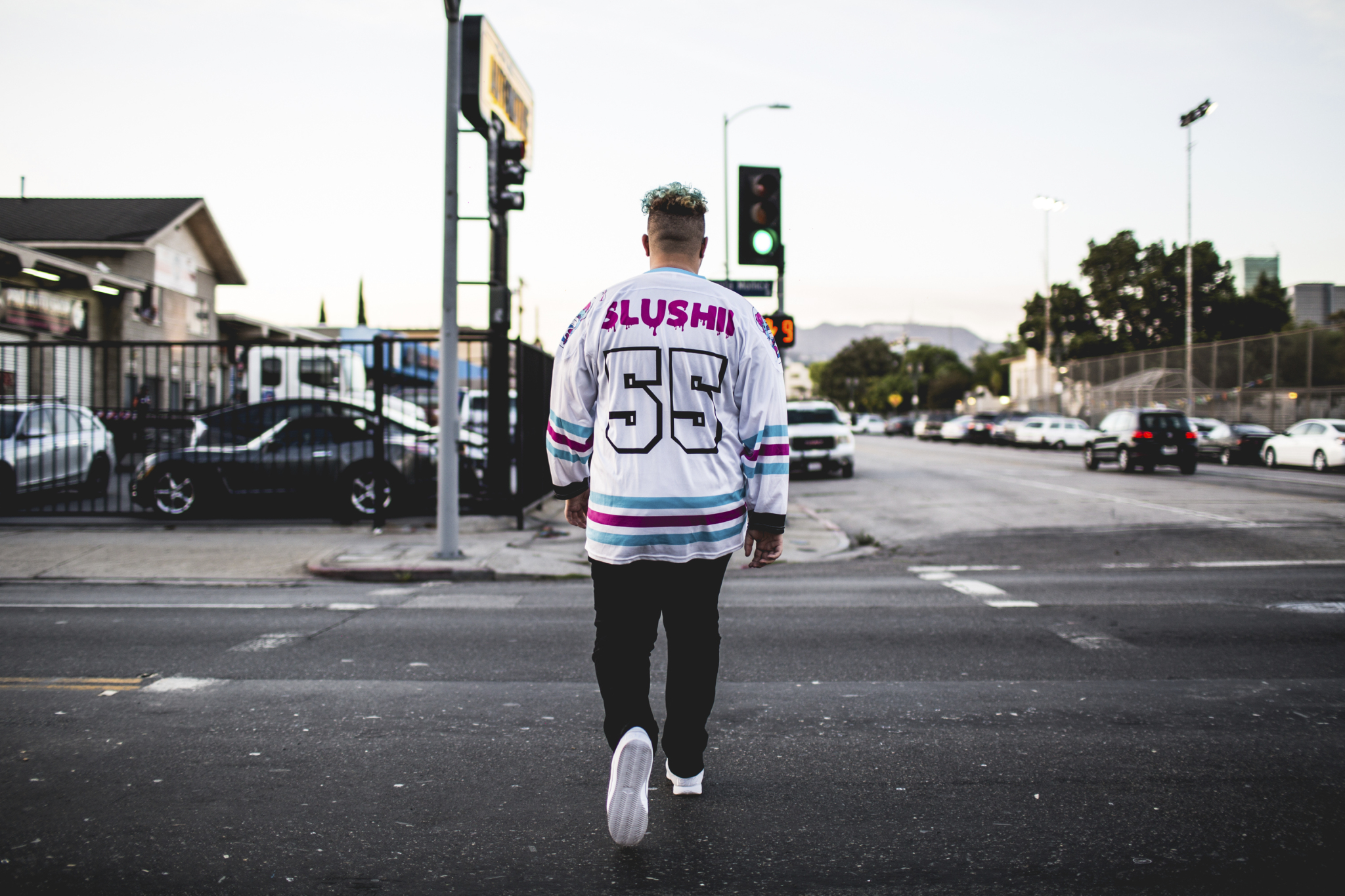 Switching gears from his kaleidoscopic DREAM album in 2018, Slushii is illustrating fresh energy in his new collaboration single “Never Let You Go” with Faustix and Sofia Reyes.

“Never Let You Go” is immediately an attractive song, from its uplifting and fundamental rhythms finely tuned this time around by both Slushii and Faustix. Fans may even sense the slight jazzy tones that kick-start this new jam, and as Sofia Reyes chimes in with her melodic and heartfelt voice, “Never Let You Go” takes off into a wondrous dimension of positive vibes and radiant beats.

Slushii has always made a point of positioning himself as a forward-thinking and visionary DJ/Producer within the electronic music scene. With three headlining tours already under his belt, he has electrified crowds across the globe from massive festivals like EDC Las Vegas, Germany’s Parookaville, Chicago’s Lollapalooza, and Belgium’s Tomorrowland, all while holding down world-class residencies including Intrigue and Encore Beach Club. Regardless if it’s a nightclub or festival packing thousands of screaming fans, Slushii’s music resonates in the hearts of millions. In addition to his extensive touring schedule, his music production and versatility has stretched over to the likes of fellow dance music boss Marshmello, to Maroon 5, to French Montana, amongst others.

Among many impressive moves, Sofia Reyes earned a 2017 Latin GRAMMY-Award nod in the category of “Best New Artist” as Billboard called her out among its ‘Hot Latin Acts in Their 20s’ feature. With her 2018 hit “1,2,3” even more crowds around the world are craving a taste for Sofia, and now “Never Let You Go” is another terrific song to add to her growing discography.