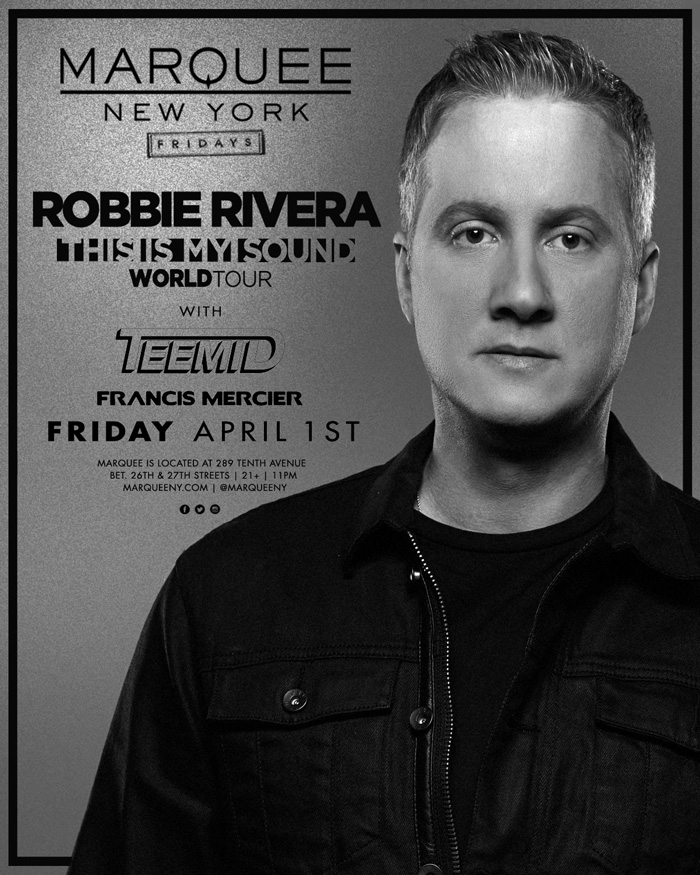 Robbie Rivera reveals, “After the worldwide explosion of electronic music and having played all over the world every weekend for over ten years, I needed to take some time off to go back to my house music roots and produce an album that would represent what I love. For this project I focused on delivering grooves and beats dedicated to all true music lovers whose lives are exalted by house music.”

With countless aliases, productions, remixes, and collaborations under his belt, Robbie Rivera is an electronic music veteran who continues to reinvent himself more than 20 years after his first single release. Don’t miss out on an opportunity to catch Robbie Rivera in his element this weekend, New York!

Enter to win two complimentary tickets for Robbie Rivera This Is My Sound Tour at Marquee New York on Fri., April 1 from The Nocturnal Times:
a Rafflecopter giveaway

Gareth Emery at Output in Brooklyn, New York on April 13