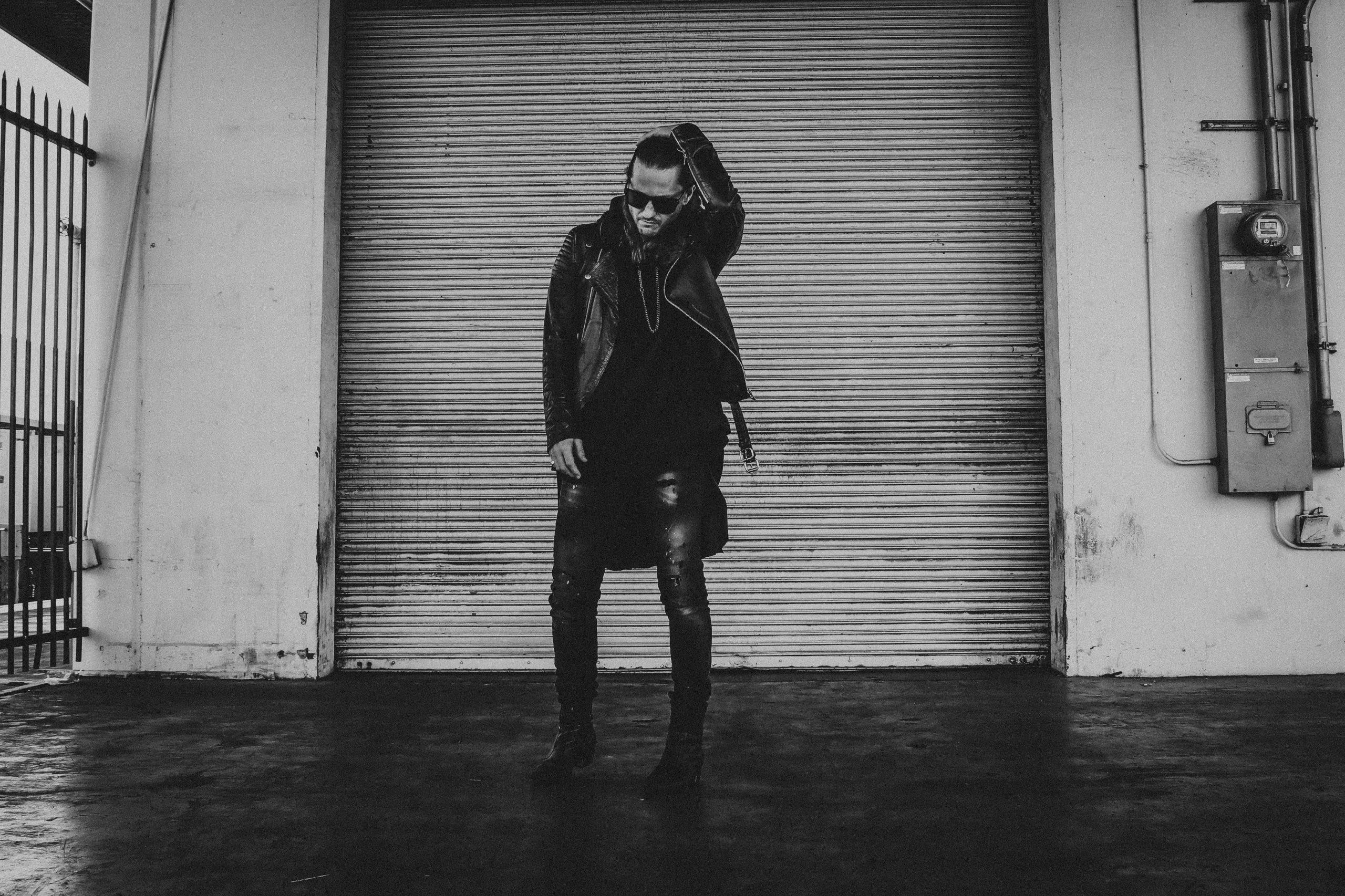 An artistic character both in the studio and on stage, Saint Punk remains at the forefront of a new era within the electronic music scene. Morphing his very own sound to become center stage of what’s been coined grunge house, Saint Punk is on a roll in sweeping the world with his versatility, charm, and incredibly creative music.

Most recently, fans have caught a glimpse into the fiery world of Saint Punk in his newest album Ouroboros. Spanning 14 mind-racing tracks, the plethora of chaos, adventure, exploration, and thrill are one of insane proportions. Saint Punk’s discography offers a dizzying array of sounds and styles, and one thing is for certain – you’ll NEVER be bored listening to him.

2021 has been a wild ride for Saint Punk, as he’s released a string of buzzing tracks. Among these are “Empty Bed,” “All In My Head” featuring grandson, “Closer Tonight,” “Comatose,” “Gloves” with Matt McAndrew, “Ghost Blood” with MXMS, and finally the Ouroboros album which is the cherry on top of a superb year. Signed with the world-renowned Armada Music, Saint Punk has found a home label to take his success to the next level. On the touring front, he’s held down stages at The Brooklyn Mirage in New York, Academy LA, Next Door in Hawaii, Ultra 2019, and Space Yacht LA just to name a few.

We had a chance to catch up with Saint Punk and hear all about what’s new and exciting. Read on for the interview below.

The Nocturnal Times: Hey Saint Punk! So nice to have you with us for a chat. How are you doing and how are things in the US right now?

Saint Punk: Currently doing great! Just got back from Lost Lands. Good times there. Really trying to focus on myself lately, the US is kind of all over the place. Living in California helps though.

The Nocturnal Times: Can you share with us some more info on your musical background? At what age did you first get acquainted with the production side of music and what made you want to pursue a career in this?

Saint Punk: I started playing guitar around 13. Once I got to high school I started playing in bands and sang in one for a while, until I decided to do my own thin. I was doing the band’s demos for a while so that’s how I got familiar with the production side of it all.

The Nocturnal Times: In your own words, how would you describe the Saint Punk sound? What kind of ‘magic’ do you try to encapsulate in each production?

Saint Punk: For me it’s about raw energy. If something doesn’t feel that way, I work until I get there. I think I naturally go towards more aggressive, big sounds, and try to blend different moods.

The Nocturnal Times: You’ve just launched your strongly anticipated debut album ‘Ouroboros’. What’s the inspiration behind the album and where does the name for this album come from?

Saint Punk: It’s basically a journal of 2020. Everything was written coming from the multiplex of emotions we went through. The Ouroboros represents that cycle of emotions a lot of us felt daily.

The Nocturnal Times: Did the COVID/lockdown situation have any influence on the creative process for this album?

Saint Punk: The songs are definitely inspired by the whole situation. Sometimes it was tough finding the creativity but working with the other artists on the album really helped open up the possibilities even if we weren’t in the same room.

The Nocturnal Times: How is ‘Ouroboros’ different from your previous work? In what ways do you feel you’ve grown over the years, musically speaking?

Saint Punk: I wanted the album to be more than just bass house bangers. That’s great, and there’s still some of those on it, but I wanted to push myself a bit and try some different things. Work with different genres. I wanted it to be an experience for the listener, beginning to end.

The Nocturnal Times: What has been the initial reaction from fellow artists and friends on the album? Is there a specific track that stood out in terms of the feedback you’ve received so far?

Saint Punk: It’s been great to see people react in different ways. That’s really all I wanted. Someone the other day told me that “Underwater” made her cry and dance at the same time. I love that.

Saint Punk: It depends really. Anything can start from anything.

The Nocturnal Times: Where do you draw your inspiration from? Do you have any particular rituals and/or do surroundings play a part in your production vibe?

Saint Punk: It’s always good to have a comfortable space to produce in but it doesn’t matter too much. If there’s an idea, the idea will always find its way out.

The Nocturnal Times: Do you have any artist friends or colleagues that you feel like we should be keeping an eye out for?

Saint Punk: Everyone I collaborated on the album are all amazing, and coming up. So definitely keep an eye on them.

The Nocturnal Times: Do you have any events lined up for the coming months? Will you be presenting ‘Ouroboros’ in a live setting?

Saint Punk: All still in the works!