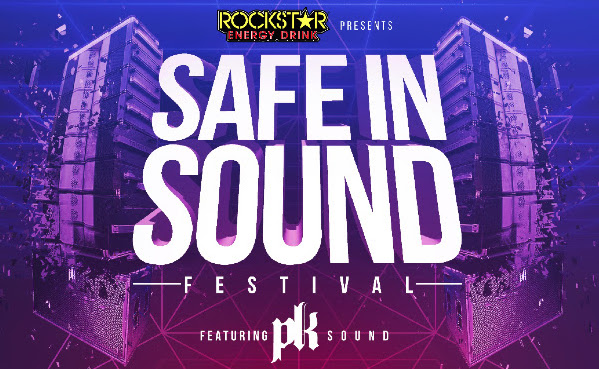 Rockstar Energy Drink presents the second installment of the Safe In Sound Festival, which will hit North America in September and October. Festival headliners in 2015 include Bro Safari, Datsik, and Zomboy. Special guests slated to perform at Safe In Sound this year include 12th Planet and Flux Pavilion.

As the worlds only traveling bass driven festival, the first installment was a major success. Selling out a majority of its 20-plus show dates across North America in 2014, Safe In Sound is going even harder in 2015, with a total of 30 dates. PK Sound will also return for the second consecutive year with their 150,000 watt wall of bass, which is the most powerful touring sound system ever used for an electronic dance music (EDM) tour.

Safe In Sound is brought to you from the production team at Synergy Global Entertainment (SGE) who produce a plethora of music and entertainment festivals throughout North America including the Identity Festival, Funny or Die’s Oddball Comedy & Curiosity Festival, Knotfest and Rockstar Energy Drink Mayhem and Uproar Festivals among others.


The talent for the festival had this to say:

“I’m really looking forward to this tour. Aside from playing a string of great shows, I get to pal around with some prolific members of the bass music scene that I respect a lot.” – Bro Safari

“Super thrilled to be going back on the road with such an epic bass squadron and a massive PK rig.. this should be one for the books!!” – Datsik

“Hyped to hit the road again this fall, and with such an awesome line up the shows are sure to be fire!” – Zomboy

“We’re so excited to bring this incredible lineup back for year two of SAFE IN SOUND with the best sound rig on the planet,” said John Reese, owner and producer of the festival.