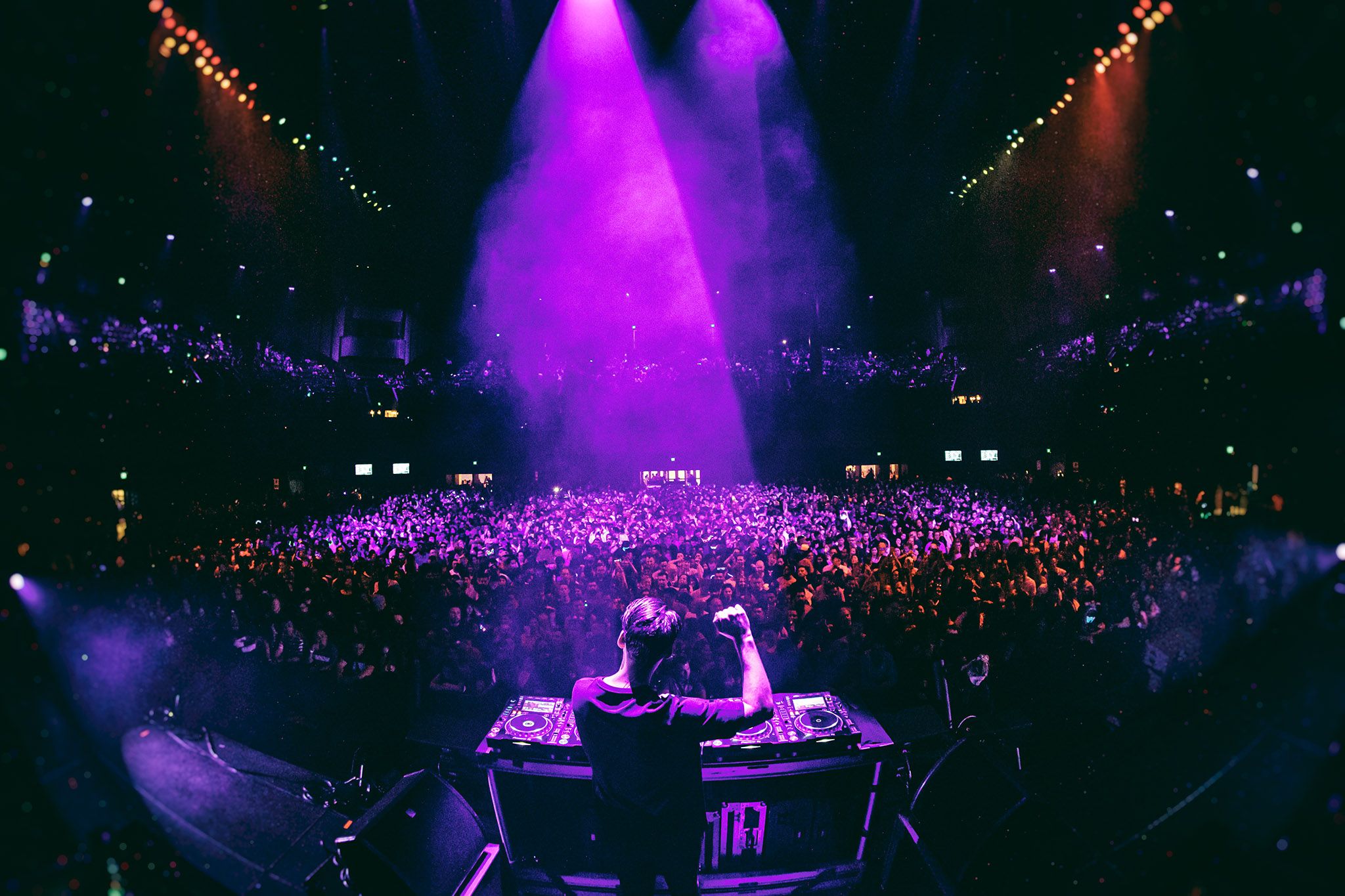 Evocations is a progressive journey that embarks listeners into new realms. The album a mesmerizing piece of work, possessing collaborations with artists like Maxim Lany, Super8 & Tab, and Dezza, while it evokes feelings of nostalgic memories, enabling listeners to sonically search and feel their inner child.

Contributing towards Rodg’s positive momentum, Evocations is a powerful release possessing some of his most captivating creative singles yet, and has been recognized by a plethora of electronic music icons such as Above & Beyond, Cosmic Gate, Armin van Buuren, David Guetta, and Martin Garrix to name a few.

‘Evocation’ is the act of bringing or recalling a feeling, memory, or image to the conscious mind, and that’s what all those records on the album are to me. They draw from the memories of tours, of shows, of live streams, of moments with friends or family, of working with friends on music, and more recently, of missing those people. It recalls what inspires me.‘Evocations’ translates all those experiences–and the energy I take back into the studio–into the music that shaped up to be my third Progressive album.” – Rodg

The album really is the cherry on top of purely sweet album, adding towards Rodg’s acclamations such as releasing through avant-garde labels like Armada Music, Anjuna Beats, Statement! Recordings, Axtone, and more, while he’s received praised reviews for his coveted high-impact live show performances at Ultra Music Festival, Tomorrowland, A State of Trance, Transmission, and more.

We had a chance to catch up with Rodg on all things Evocations, read on for the full interview below.

Nocturnal Times: We last saw you during your set for our World On Pause Live stream which we all loved. Where have you been spending time over the last few months?

Rodg: Thanks! Where have I been spending time over the last few months… I guess like everyone. Home 😉 Home has been a combination between London and Amsterdam over the last years.

Nocturnal Times: Let’s dive right into new music! Congratulations on your new album Evocations – can you fill us in on the whole story behind the album?

Rodg: Thanks! Evocations means memories. All these tracks are memories from the last year or so, as I always use things that happen in life as inspiration to write music with.

Nocturnal Times: Evocations sees a string of new originals and collaborations with artists like Sarah De Warren, Lyonheart, Maxim Lany, Dezza, J1mmy, and Super8 & Tab. Were any of these collaborations spur of the moment?

Rodg: Definitely. I was playing at a club called Soundcheck in Washington DC with Super 8 & Tab and we were hanging out, having a good time, and we said maybe we should do a record together? Also the reason for the title… “Soundcheck.” The collaboration with J1mmy is an interesting one to mention as well. He is the winner of my Armada University and Faderpro “Finish my record” contest. That’s how that record came together.

Nocturnal Times: Out of all of the tracks, can you walk us through the production of one from start to finish? Perhaps one of the songs that was more challenging, or even your favorite one?

Rodg: Usually I start with writing some melody bits. From there I try to add a catchy element. A hook. Something that makes the record original from others. Percussion and arrangement come after that.. This is a way of working I often use, but not always, sometimes it’s good to shift things up as it’ll benefit the creativity I think.

Nocturnal Times: Had you been planning this album for a long time? Or did quarantine play a role in it for any reason?

Rodg: I’ve been working on this for a while, was pretty much done before it all started and as the pandemic took a lot of things away from a lot of people I was happy to be able to pull through with the album. Too many things were cancelled already. I wasn’t going to let that happen with releasing my album.

Nocturnal Times: We’d love to hear more about your virtual 3D club. What has been your favorite part about these weekly Twitch streams? Have you found it to be a nice way to more intimately connect with fans?

Rodg: Absolutely. It makes me realize more what music does to people. How music is able to help people go through certain things in life. Streaming became like the night out for people to be off work and enjoy some music, while it also helps people to get through their working day. It’s been quite an eye opening experience to be fair. The contact is super straightforward and very personal. People come in the chat with all kinds of stories, funny, emotional, personal, all types.

I think it needs to fit you as a person to take interest in this and chat with people about whatever is going on in their lives in the chat on stream while you’re playing a DJ set. I don’t think that’s for everyone as it’s very personal and sometimes goes quite far into other people’s personal lives. Not quite the standard DJ’s job, “I play music and you listen” but I really enjoy the interaction. This helps me through tough times like a pandemic as well.

Nocturnal Times: Tell us more about your role as a teacher at Armada University! Do you have any prior teaching experience? What has been the most eye-opening part of teaching masterclasses?

Rodg: I have done a bunch of university guest lectures about music industry but I haven’t actually taught music production before these, as I consider myself someone who can do with watching some tutorials to improve my music production skills but apparently there were people who really wanted to see how I worked in the studio so we recorded a couple.

As these first courses were a bit too advanced, me and Jop at Armada really wanted to motivate people to start making music even if they haven’t ever done anything or have no idea where to start. That’s where the beginners course idea originated. Music production takes practice (like any other instrument you’d like to play) helps you to make something basic from not knowing anything on how it all works. I get a lot of messages from people how helpful it has been on getting them going, and I always invite people to drop their demo at my Monday Twitch stream called “Rodg Factor” where I listen to demos and give some advice on improvement.

Nocturnal Times: Everyone in the world of music is of course missing live shows. When touring picks back up, where are a few venues or cities you’d hope to get to first? Why these ones?

Rodg: I was looking forward to playing Transmission in Prague massively this year. Been a dream for me to play there for years and years and finally was able to get a spot on the line up after a lot of very hard work from me and my team. Also looking forward to going to places where people have been very affected on the lockdown who deserve a break more than anyone. Just looking forward to being able to give those people that long awaited break, night out, blow off some steam they really need.

Nocturnal Times: Now that Evocations is out for the world, what’s next? How much new music is already in the works and what other upcoming projects are you excited for?

Rodg: I’m always thinking in album projects as they’re the right fit for me to tell the whole story I want to tell with my music. Sounds very “up with the fairies” but that’s just what it is. I musically grew up listening to a lot of albums and I still love the ride of a good album with a flow in it. I just hope I can create more of those rides for people in the future.