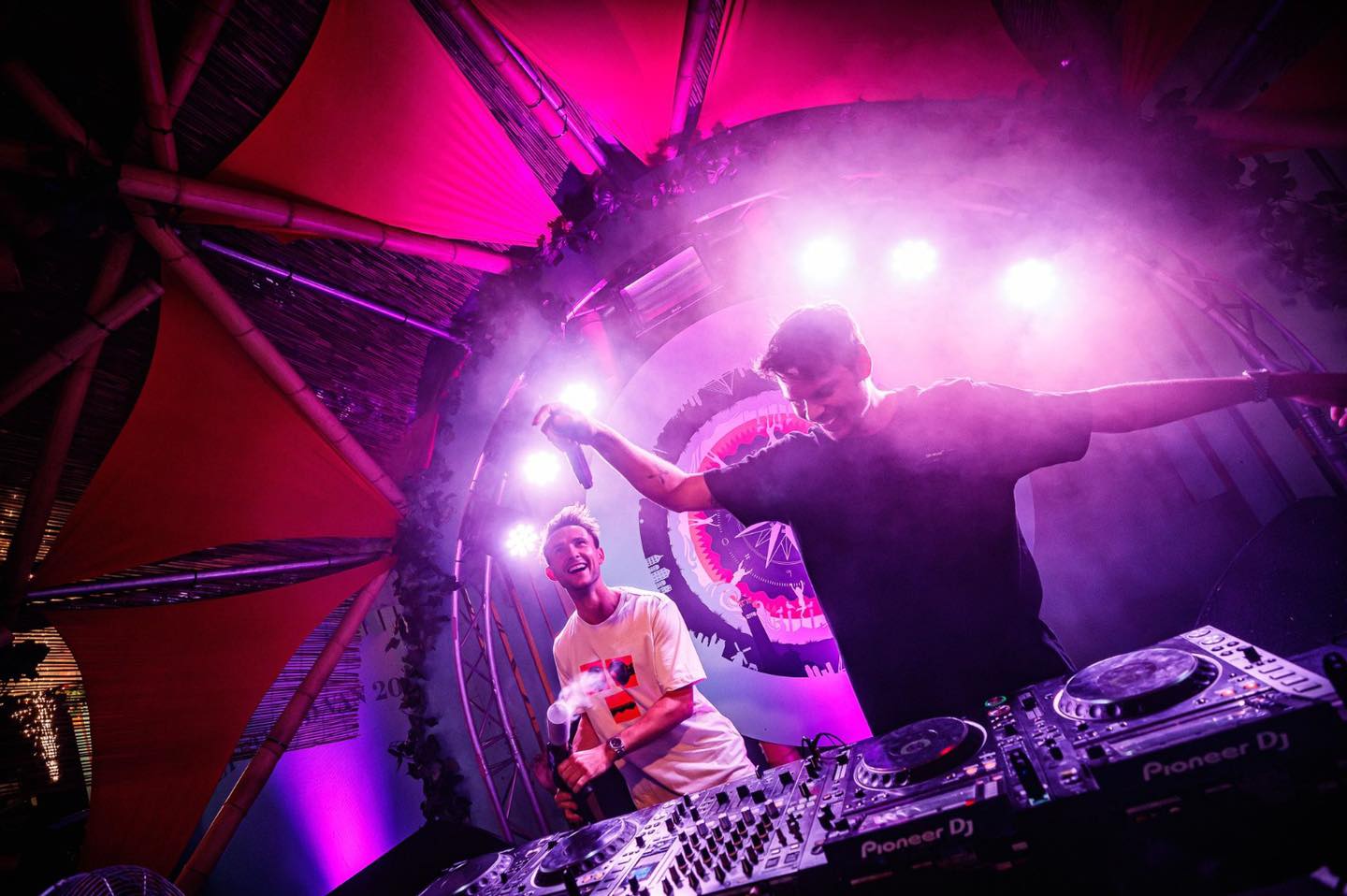 The time has come for Dutch DJ duo Lucas & Steve to finally reveal the most highly anticipated news of 2020 to fans worldwide. Next week on October 16th, the Spinnin’ Records mainstays will be releasing their intricately curated debut album, Letters To Remember, via the globally-esteemed label. As a tremendous highlight of the duo’s music career, everyone in the dance music community is delighted to see their awaited vision finally become a reality.

After a marvelous amount of touring and traveling the world throughout the years, it only makes sense that inspiration for the album was drawn from a collection of their unique adventures together. Letters To Remember is a 16-track musical gem of Lucas & Steve’s extraordinary story as DJs/producers in this mesmerizing world of dance music. Alongside incredible artists and rising musicians from across the globe, they wrote, produced, and recorded every single track on the project themselves. The duo has been waiting for the perfect time to finally release an album together, and lucky for us, that time is now.

In terms of sound, Letters To Remember showcases Lucas & Steve’s most distinguished and versatile melodies to date. Each track on the album consists of those catchy, club friendly house notes we can’t get enough of intertwined with more subtle, pop-like tones. With this captivating project, the duo has managed to create a signature sound unlike any other, and we’re thrilled for fans to finally have the opportunity to listen to each of its phenomenally designed tracks upon release.

Now that the long awaited moment is almost here, Lucas & Steve were able to hype up Letters To Remember even further during our exclusive Nocturnal Times interview with them below. Read on to find out more.

Nocturnal Times: Hey guys, great to catch up with you both! Thanks for taking the time for our interview. Let’s dive right in.

Lucas & Steve: Thanks for having us! Great to be here:)

Nocturnal Times: This must be such an exciting time for you both. How does it feel to finally be releasing your debut album, Letters To Remember next month? What are you most looking forward to about the release as a whole?

Lucas & Steve: Letters To Remember is an album in which we’ve poured all of the skill, knowledge, musicality and inspiration that we’ve gained over the years. WE ARE SO EXCITED!! It really feels great to finally release it! We look forward most to the responses from our fans, although this is a tricky one of course. You can never know in advance what our audience will think of it. We also want to surprise with this album. We ourselves, consider it to be a very broad album when it comes to sounds. There’s a big variety of styles on there within the dance/pop genre. There will be some tracks on there that may surprise you, but we tried to give them all our signature melodic sound.

Nocturnal Times: You’ve been with Spinnin’ Records for quite some time now and are one of their most recognized names, did you always dream of your first album release being via the prominent label you’ve called home for so many years?

Lucas & Steve: Yes. We’ve always dreamed of releasing an album and with Spinnin we’ve grown a bond of trust over the years. They really know how to handle dance music and it feels like everything is coming together now, now we’re releasing an album.

Nocturnal Times: Tell us more about the background story behind the entire project. When would you say the creative process for the album actually unfolded?

Lucas & Steve: We wrote and produced most of the tracks on the album within the last 1.5 years. We felt it was time to release an album filled with pop songs produced in our style, creating a bridge between pop and dance. With LTR we’re going for a diverse collection of songs, showing that we can produce in different styles. In many tracks we’re playing piano and guitar ourselves, but of course it will not sound like acoustic version. It definitely has that electronic dance vibe around it.

Nocturnal Times: This year signifies the 10 year mark of your dance music career as a duo, why choose to wait this long to release a debut album?

Lucas & Steve: We felt like you need to be ready to release an album. You need to build your sound and of course become good at what you’re doing, so you can tell the story that you have in mind musically. 10 years ago we teamed up, but compared to what we’re doing right now and what we’ve learned, it becomes obvious that we were only getting started.

Nocturnal Times: How did the title Letters To Remember come about?

Lucas & Steve: Letters To Remember is a part of the lyrics of our track ‘Letters’. This is not necessarily the track we want to put the strongest emphasis on, but we like the idea of releasing a selection of songs that each tell a different story. We consider every track to be letter, with a story, a message or a feeling, to remember….

Nocturnal Times: Is there a reason why “Letters” was chosen to be the first track on the album? Are both track and album titles meant to go hand in hand?

Lucas & Steve: No not necessarily. But the concept of the song Letters is what inspired us to come to our vision of how every song has a message.

Nocturnal Times: “Another Life” featuring Alida was your latest release before the entire album is unveiled for fans worldwide. Was there a reason you chose this song in particular to heighten all the excitement for the full project?

Lucas & Steve: Yes, Another Life is definitely a preview of the album to get people excited. Although the album is very diverse, Another Life has a very special feeling to us. That definitely has to do with Alida’s incredible voice also. However, to show what people can expect… there might be more coming before the album release.

Nocturnal Times: The album has 16 incredible tracks that you guys wrote, produced, and recorded all on your own, we can’t wait to hear them all! What challenges did you encounter along the way when trying to make every track flow cohesively on the album from start to finish?

Lucas & Steve: I think the biggest challenge was that in March the whole world shut down. Air traffic, but also studio’s abroad. It was quite the job to record vocals from a distance with singers on the otherside of the world. It’s hard to record all tracks in a cohesive way, if you can’t be there physically. if necessary we did recordings using video calls, sometimes in the middle of the night due to time differences.

Nocturnal Times: Before all of this, you guys were traveling and touring like crazy. Did you discover some of the featured artists on your tracks through your touring adventures?

Lucas & Steve: Absolutely! We did numerous writing sessions with singer/songwriters around the world when it was still possible to travel. When we’re on tour in the US, we always try to hop by Los Angeles to do some sessions. We also worked a lot in London and Stockholm. Those places are nearby anyway so it used to be easy to drop by and write/record for a week.

Nocturnal Times: Now that Letters To Remember will finally be out so soon, what’s your main focus for the remainder of the year and what goals have you set for yourselves to accomplish in the near future?

Lucas & Steve: Letters To Remember will be our main focus for the upcoming time. I think we’ll be really busy with the album release, also for the months after release. Of course we hope we can start touring again really soon. this is something we really miss of course. It will be super special to play all those album-tracks in front of a crowd at last! We’re already creating some club mixes. our album has a clear pop vibe, but in the end we’re still DJ’s so our music needs club mixes. We’re having a lot of fun creating those at to moment, so when the time is right, our set will be filled with new music!