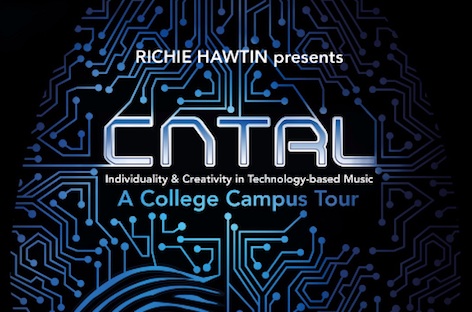 “I hope that people walk away from the CNTRL tour with a deeper understanding and appreciation for the individual creativity that each artist & performer puts into their own shows. We hope that some of the participants and fans will be inspired to take their next steps at trying their hands at their own creativity.” -Richie Hawtin

The day will consist of an hour-long masterclass produced and hosted by one of the world’s premier electronic music schools Point Blank Music School. Additionally, Richie Hawtin, Ean Golden, and DJs on each respective date will provide discussions, and at night, attendees will experience all learned come to life during CNTRL’s club events.