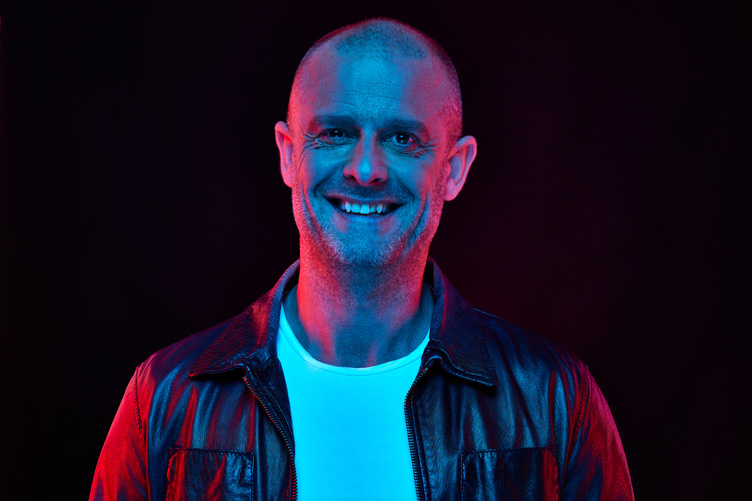 A Richard Durand album is a rarer item these days and even more welcomed for that reason. Since the heady times of his ‘Always The Sun’ debut, swiftly followed by 2012’s ‘Wide Awake’ and ‘Richard Durand Versus The World’ the following year, the Dutchman’s taken a more measured approach to the longplayer release.

‘The Air We Breathe’ in 2018 ended a six-year interlude, and it’s been a further four to where we stand today. That, specifically, is the release of “Reactivate,” his consummate fifth LP, which releases Jan 28. Unlike some contemporaries, Richard’s not fundamentally re-designed his sound to mirror world events. His consensus was that – even had he wanted to, something less floor-centric simply wouldn’t have been him.

Durand’s toughly propellant tones have been hardcoded into his productions ever since he took the decision to depart the ‘In Search Of Sunrise’ series. Having completed ‘Reactivate’ in early December, its release window fell naturally into the New Year and its title says much of Richard’s hopes for 2022.

“The world’s not where it was twelve months ago and in another twelve, we’re not going to be where we are today”. So I decided that, instead of looking back, I was going to look forward, and into the full stretch of 2022. This is an album that’s stands ready, poised for that time when the global order to dance is given again.” – Richard Durand

While unmixed, in both approach and structure, “Reactivate” is probably Richard’s most “music-compilation-like” LP to date. As such, its earlier moments are largely given over to tracks with a song-based bias. Featuring the never-less-than reflective words of Christian Burns, the touching vocal refrains of his most recent single, “Almost Home” opens the album. That transitions perfectly into the harmonically affecting mid-paced space of ‘It’s Not Too Late’, adding to the album’s early sense of bitter-sweetness.

“This is an LP born out of hope. Every clubber has either had, or is going to get that moment when belief turning to reality. I had mine at Dreamstate back in November of 2021. Unlocking some of the tracks from this album there for the first time was about as uplifting and belief-bringing moment as I had last year. It finally allowed me to see, not where we’ve been, but where we’re going. The proverbial light at the end of the tunnel, and growing brighter all the time.” – Richard Durand

As with Christian, the album has presented Richard with the opportunity to re-collaborate with Christina Novelli. Emotionally, “My Guiding Light” generates the uplift, while “Made Of Stone” that follows it – and features singer-songwriter Sarah De Warren – adds lyrical resolve. With the inclusion of his recent debut team-up with HALIENE (on the Beatport #1 ‘Give Your Heart A Home’), Reactivate’s needle begins to swing and the album increases its instrumental presence with the ethereally natured “Tales Of A Silhouette.”

Toughening Reactivate’s stance further still and hitting “peak-of-set” type moments, across its concluding five tracks, Durand ensures the rubber hits the road hard. “Walk With Me” fringes on tech-trance, while the running rhythms and 303 thrust of “Off The Grid” adds a scything Psy element to the album. “Tree Of Life”s allows a final glimmer of harmonic emotion, before “Ultimate” and “Hexyl” close it out in the most aerodynamic of manners.

The waves parted by its vocal numbers, the album moves into its singularly club-aimed phase. At its midpoint, Richard salts that glass with a couple of fresh-out-the-box Durand remixes. Signum’s “Beyond This Earth” gets an epically string-strung treatment while “That Girl” from D72 & O.B.M Notion pulses with renewed energy and is awash with pad & chord bliss.

03. My Guiding Light (with Christina Novelli)

05. Made of Stone (with Sarah De Warren)

06. Give Your Heart A Home (with HALIENE)

07. Tales Of A Silhouette

Related Topics:richard durand
Up Next

Listen to Cloverdale’s Latest Release “Hit The Dancefloor” via hau5trap