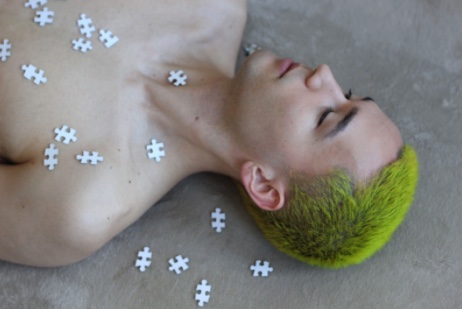 The mysterious bedroom-pop artist, rei brown, has happily surprised us with a beautiful new release “Islands.” This track is a follow-up to June’s release of “Bubble” a quarantine-inspired tune that marked his return since 2018.

To compliment the release, a captivating visualizer was created by Eric Ko, and it seamlessly blends nature with surreal elements.

“Islands” shows rei’s transformation of sound as it dives into a new fusion of bedroom pop and 80s music. The dreamy sound elements make this a warm and summery song, and this is emphasized by the breathtaking lead synth underneath the light vocals from rei. This euphoric ballad was co-written with Danny Silberstein (Sasha Sloan co-writer) and Evan Voytas.

“I was really drawn to how distance can emerge in a relationship, both physically and emotionally. I felt the word ‘Islands’ embodied that perfectly” -rei brown

This tune was originally marked as rei’s first single of the year before the unexpected release of “Bubble.” However, rei still holds “Islands” in a special place since it was the first track he wrote during an LA writing trip where it served as an inspiration for the project.

“The LA trip was crazy. It was exactly what I had hoped it would be. Meeting new people that I can creatively connect with is something I’ve struggled with in the past. Thankfully, I ended up meeting a ton of creative people and getting into all these inspiring conversations over the course of two weeks which made the writing process so natural.” -rei brown

The long break rei took following a string of successful releases in 2018 including the Lovers I and Lovers II EPs resulted in fans wondering when he would make a comeback.

“Taking some time off really helped me put everything into perspective. I had just put out the ‘Lovers’ EPs and was touring for the first time and coming to terms with the fact that I had moved beyond ‘SoundCloud’ and that this was becoming serious. I spent most of 2019 figuring out what I wanted for rei brown. I took a trip to Europe, I was reading a lot, listening to tons of music and just trying to find inspiration and motivation to take that next step.” -rei brown

Right now, we all feel like we’re on our own ‘islands’ because of the pandemic, and this track helps to connect us. Although the song is about two lovers who slowly drift apart in their relationship, the lyrics highlight feelings such as isolation and separation. This emphasizes many emotions that have become common for everyone during recent events.