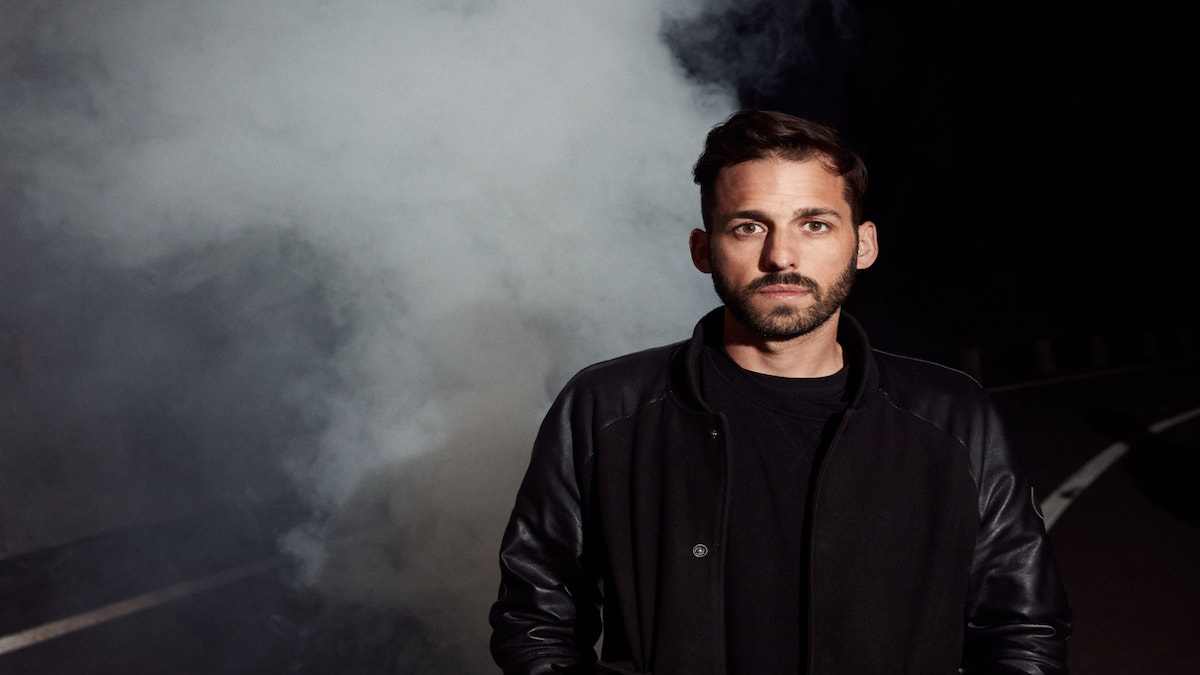 Very few artists have a creative output as consistent and free-flowing as Pablo Nouvelle, and his newest release spotlights those ever so precious gifts of his. In December 2019, the Swiss musician released a seven-piece album called Atlas Internet Café and that didn’t stop him from creating another mini-album of wonderful songs into inception four months later: Obsolete.

Building on the predecessor by employing more club-focused instrumental tracks, Obsolete touches firmly on the theme of mankind’s non-sustainable way of living and the disposable society in which we all live. The album brings together the colorful and warm as well as the dirty and playful, from known tracks such as “The Kármán Line” and “Oh Would You Be There” to fresh conjurations such as “Saltburn” and “Irritation.” We had a chance to speak with Pablo about his creative process for Obsolete, his visual inspirations, ideal work environment, and much more.

Nocturnal Times: Congratulations on your new album Obsolete! Can you tell us how the title came about and share a bit about the process in creating the album?

Pablo Nouvelle: I did a road trip through the UK with a friend to find an overall visually striking story for the music I was creating at the time. We heard about those oil rigs, being dumped in Scotland, because since the oil crisis a few years back they weren’t profitable anymore. So we drove up to the Scottish highlands and found a natural harbor where they drag those massive obsolete oil rigs to. What an incredible symbol for our throwaway society. Those beasts sucking the fossil fuel out of the earth and if it’s not profitable anymore, they just dump them in a random harbor.

Creating the music was extremely fun. I found it very refreshing to collaborate with other producers. On three songs the legendary Bondax are featured. “Oh Would You Be There” is co-written and produced with James Yuill. The concept was to create music that works without a lead singer. You might hear me or James mumble at some points but all in all it is an instrumental record. I wanted to compose songs that are fun and still have a certain depth to it. They should be analog warm and dirty. Honest dance music to dream and dance to.

Nocturnal Times: We’re curious about sonic inspirations for Obsolete. We’ve picked up on an atmospheric tone from beginning to end, are there one or two tracks in particular you can walk us through the production of to help explain the overall vision?

Pablo Nouvelle: When we found the oil rigs it all came together really. At the time I worked on some retro-sonic out of space sounds like Stanley Kubrick could have used them in Space Odyssey. Seeing those rigs, I felt a bewildering, this is not from this planet-vibe. This is how one or two generations ago, people pictured the future, but it’s not. It’s obsolete. We urgently need green energy now to save this planet.

“Oh Would You Be There”

This song is very much inspired by the early Caribou records. I had an amazing time writing together with James Yuill. Two grown-up man hiding away in his little garden house studio, playing around with vintage (and not so vintage) synthesizers. The vocal sample is James singing. He improvised over several takes and I pitched and chopped it together to the name-giving tag line „Oh would you be there”.

Whenever possible I try to take the train instead of a plane to travel between London & Zürich. A window seat, my laptop and a pair of headphones equal a lovely studio day. Prepared all the drums for Saltburn on a journey like this. Threw them direction Bondax, spent one day with Adam & George in a studio in Seven Sisters and came out with that banger. It’s hard to imagine how much fun it is to work with those two guys!

Nocturnal Times: Have you teased out these songs in any sets recently? How have fan reactions been?

Pablo Nouvelle: The choice to try to create music that works without a featured vocal artist enables me now to play solo-sets that won’t feel like something or someone is missing. Suddenly I got a 1-2h set that is a hybrid between a DJ-set, solo finger drumming actions, maybe even a piano solo interlude from my album Piano Pieces and most important a lot of synthesizer geek filter fun.  With the corona crisis, my tour got postponed, but I play a streaming gig every now and then at the moment. So the virtual feedback I’m getting is amazing, but I can’t wait to get back on stage and get sweaty in a real club with real people again.

Nocturnal Times: We’d love to get to know more about your background in film and how that has influenced your music?

Pablo Nouvelle: It’s hard to draw a direct line from one art form to the other. Maybe it gives my arrangements more of a narrative dramaturgy, not minding traditional song structures too much. Maybe it pushes me to create soundscapes that are extra cinematic. But honestly, I don’t know. What I love about filmmaking is, it has so many angles to it. Especially as an animation filmmaker you are the story, the actor, the music, the set-designer – brief, everything. You create a complete world with all its dimensions. I love to think about music in a similar way. Rhythm is movement and movement is life.

Nocturnal Times: Your visuals are very intricate. Can you tell us about your inspiration behind some of your favorite videos?

Pablo Nouvelle: One of my favorite videos is probably I Will feat. Sam Wills which I shot together with Maximilian Speidel who also did the videos for “You Don’t Understand” and “Careless.” It was a super small production. The two of us, my flatmate and actress Lotti Happle who played the main part and a few friends who helped out. The goal was to project the emotional life of the main character, going through a break up in a cinematic way on to her bedsheets. There are so many projection music videos out there, but I feel like this one stands out. The whole crew paid so much attention to every detail. Max & I spent days & nights preparing, shooting and cutting the flic together. Great memories.

Nocturnal Times: What are your favorite instruments to incorporate into a live performance?

Pablo Nouvelle: Everything acoustic can lift up a set to another level. Be it percussion, (live drums!) a real piano or a guitar. But sometimes, in a club set-up that’s just not possible. I reduced my set currently to one flagship synthesizer (an OB-6), a DJ-set up and a sampler from which I can fire of all kinds of samples. Nothing is synced, which gives me more freedom, fewer possibilities for my computer, but more for me to mess up, which keeps life interesting.

Nocturnal Times: Describe an ideal work environment for you to be the most comfortable and creative?

Pablo Nouvelle: I don’t need much. A pair of decent speakers are important and an ok microphone, plus maybe a midi keyboard. I’ll bring a laptop and my cheap but neat interface. These are the basics. Then an upright piano with a thick felt would be great. Maybe some Synthesizers? Dave Smith is always great. But everything goes. The weirder the better. Maybe some guitars for whoever wants to join in? Daylight and some fresh air. That’s it really.

Nocturnal Times: If you could collaborate with any artist (living or dead) who would it be and why?

Pablo Nouvelle: There are so many I could write books about it. So I am just going to pick a random one. One that is still alive so he can ring me up when he reads this.  I go with Childish Gambino. Such a fascinating artist. With him, the only thing that is for certain is nothing is for certain. He most probably will release the opposite of what you would expect. Just always two steps ahead of everyone else.

Nocturnal Times: Do you have a favorite synth that you use in your studio?

Pablo Nouvelle: At the moment I’m falling even deeper in love with my OB-6 from Dave Smith and Oberheim. As “Obsolete” was exclusively written and produced in London, this guy (or is it a she?) is missing on the album. Being back in my studio in Zurich now, it’s a renaissance. It’s especially fun to recreate similar sounds from the album to use in the live setup.

Related Topics:armadaobsoletepablo nouvelle
Up Next

April’s New & Best Groove: “On My Own” by ManyFew