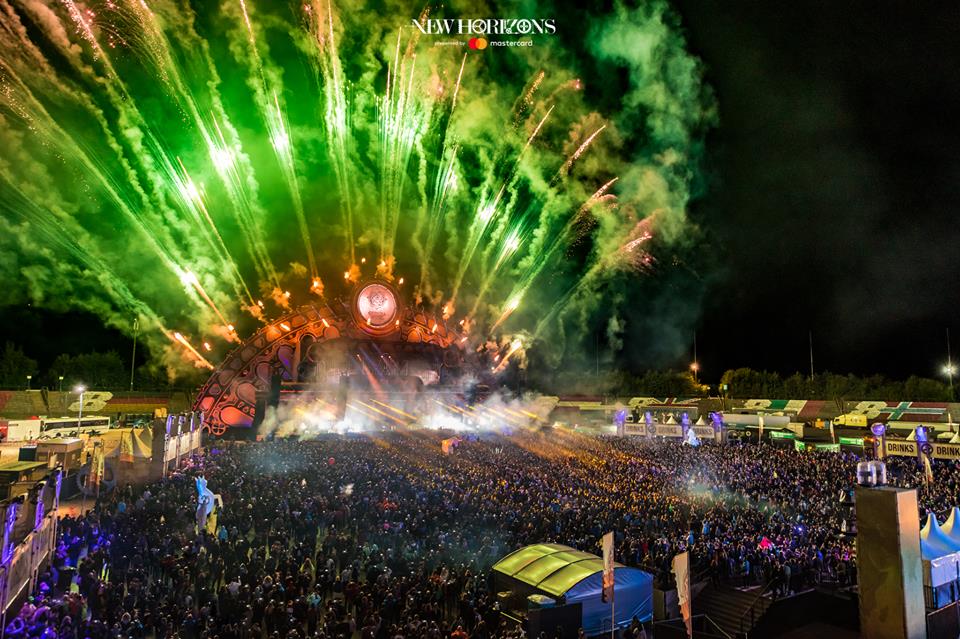 New Horizons festival is continuing on to a third blissful year of music and dance in Nürburgring, Germany for Summer 2019, and has landed with an exciting announcement as to who is first on the list of headliners. First on the scene will be supergroup Major Lazer, who are only the kickoff on a running list of incredible talent in store.

Major Lazer has become known over the years for their massive festival-ready productions and dynamic live performances, led by DJ/producer Mad Decent label owner, Diplo. Best known for their mammoth release, “Lean On” (which has garnered over 1 billion Spotify streams to date,) the trio also gained major traction on tracks like “Light It Up” and “Cold Water,” as well as hit the music industry as a whole, working with the likes of Beyoncé, Justin Bieber, Nicki Minaj, Ariana Grande, Pharrell Williams, Sean Paul, Ellie Goulding, and Anne-Marie. The platinum-selling American trio have locked in a headline spot at New Horizons as their only German performance in 2019.

The third edition of New Horizons promises to prove much bigger, more unique, and more majestic than ever before. Major Lazer’s Walshy Fire adds, “We’re not making the world smaller, we’re making the party bigger”…and who could argue with that?!

2018’s installment of the fest attracted upwards of 70,000 wild party-goers spread across seven different stages, honoring a versatile array of electronic sub-genres. In past years the five-day event has welcomed the likes of global champions like Armin van Buuren, Tiësto, Hardwell, Steve Aoki, Dimitri Vegas & Like Mike, Afrojack, Alesso, Axwell Λ Ingrosso, Marshmello, and so many more. We are stewing with anticipation as the veil slowly unfolds to reveal who else will land a spot on this year’s highly-anticipated lineup.