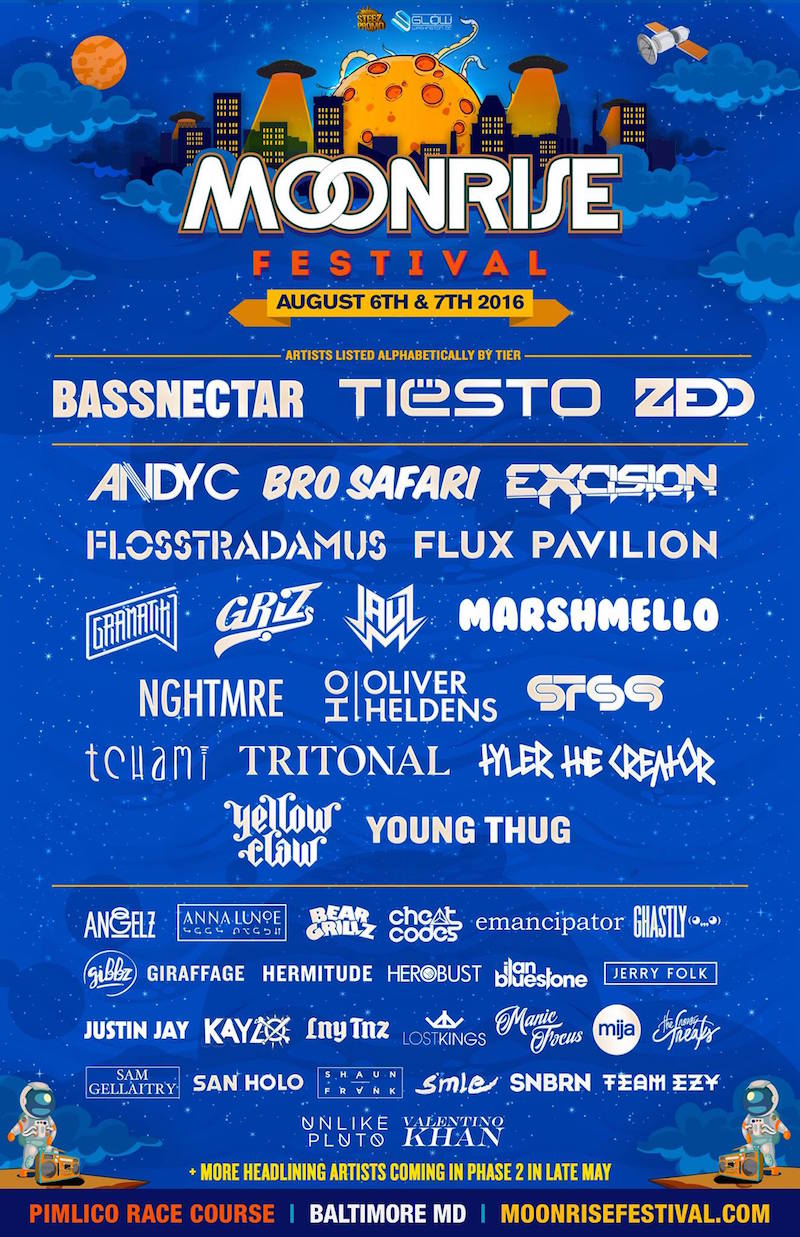 Moonrise Festival is back for its third installment, and their Phase 1 lineup did not disappoint! For starters, Bassnectar, Tiësto and Zedd will be headlining the Baltimore event, bringing three completely different styles of electronic dance music (EDM) to the main stage.

Bassnectar has actually headlined the festival every year since it began, drawing in a large number of bass lovers with his heavy beats and incredible production. In fact, the festival is housing a wide variety of acts, including dubstep, trance, trap, and even rappers such as Young Thug and Tyler The Creator.

Excision and Flux Pavilion will also bring the bass this year, and fans should get ready to turn up for Flosstradamus, Marshmello, Bro Safari and Yellow Claw and their trap style music. Tchami and Oliver Heldens have been dominating the deep house/future house scene for a couple of years now, and are sure to be definite highlights of this year’s Moonrise.

Fans should also make room in their schedule to check out the original sounds of DJs such as GRiZ and Gramatik, along with Jauz, who has recently exploded onto the scene with his ability to weave in and out of many music categories. Tritonal will also be a focal point this year, as hundreds of Tritonians always flock to support their favorite Electro duo at all of their events. Of course Moonrise wouldn’t be complete without a little trance from Ilan Bluestone from Anjunabeats, who has continued to dominate the Beatport Trance charts.

With such a unique and diverse lineup so far, fans are highly anticipating Phase 2, which will be announced this month. The festival will be held on August 6th and 7th at Pimlico Race Course, so grab your tickets while you can, and stay tuned for the rest of the lineup!