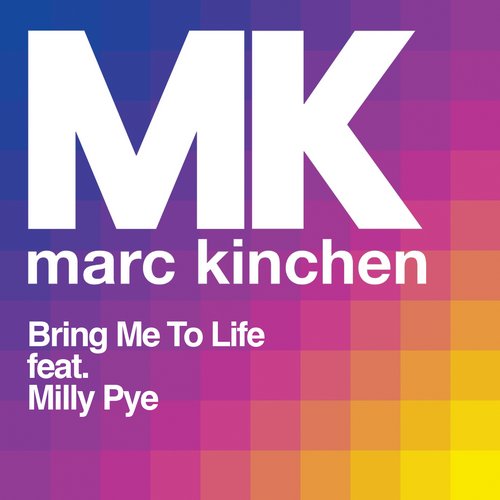 Marc Kinchen—better known to music enthusiasts as MK—has released “Bring Me To Life” featuring Milly Pye. The track is the lead single from his forthcoming debut studio album, which will see its release later this year.

Kinchen is a dance music veteran with more than 20 years experience in the industry. Delivering another refreshing dance floor destroyer, he’s offered fans an MK Area10 Club Mix and Dub Mix of “Bring Me To Life.” Milly Pye’s vocal seamlessly accompanies Marc’s uniquely groovy signature sound, which is prevalent throughout the new single.

Familiar to many for his notable remixes of Rudimental “Powerless,” Disclosure “White Noise,” Duke Dumont “I Got U,” and Lana Del Rey’s “Summertime Sadness,” “West Coast,” and “Blue Jeans,” among many mothers. MK has also become well known for his remix of Wankelmut & Emma Louise – “My Head Is A Jungle.”

“Bring Me To Life” is available on Beatport HERE.

Stream “Bring Me To Life” on Spotify HERE.