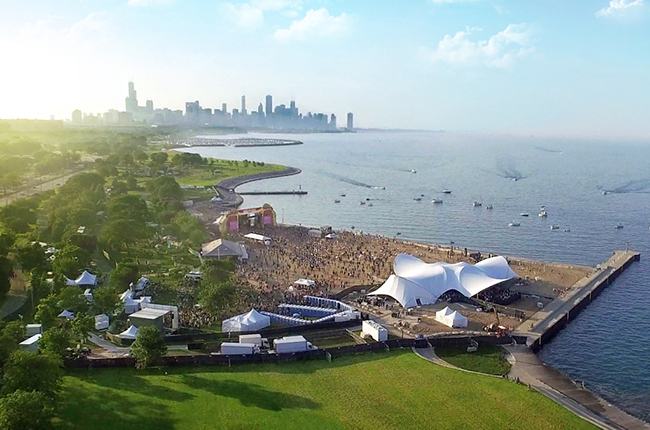 Mamby On The Beach will return to Oakwood Beach in Chicago, IL on June 24 and 25 for its third installment.

An event reincarnated from a weekly Chicago party in the mid-2000’s, Mamby On The Beach is a two-day lakeside music festival aimed at representing a city that loves summertime almost as much as it loves festivals. Each year, thousands of festival attendees gather on the sandy beaches of Lake Michigan to celebrate one of the musical powerhouses of the world.

With an eclectic variety of house, indie, electro-pop, and hip-hop artists, both rising and established, Mamby provides the perfect, upbeat summer soundtrack for anyone looking for an easy-going, vibey summer festival. Boasting an impressive and diverse array of artists from previous years, including Thomas Jack, Atmosphere, Animal Collective, Lupe Fiasco, Chromeo, Tycho, Passion Pit, Com Truise, Autograf, Empire of the Sun, Cashmere Cat, Gallant, and many more, this intimate Chicago festival is quickly making a name for itself among the many North American summertime festivals. The 2017 lineup has yet to be revealed.

Along with impressive lineups, Mamby On The Beach features multiple stages with incredible views of the lake, nutritional and wellness workshops, yoga, beach-friendly games, tarot card and palm readings, a Tiki bar, art installations, water access, vendors, and a plethora of local cuisine.

A limited amount of pre-sale tickets will be available Wednesday, December 7th at 12pm CST at mambybeach.com.

Be the first to know about lineup announcements and ticketing info by connecting with Mamby on Facebook and Twitter.