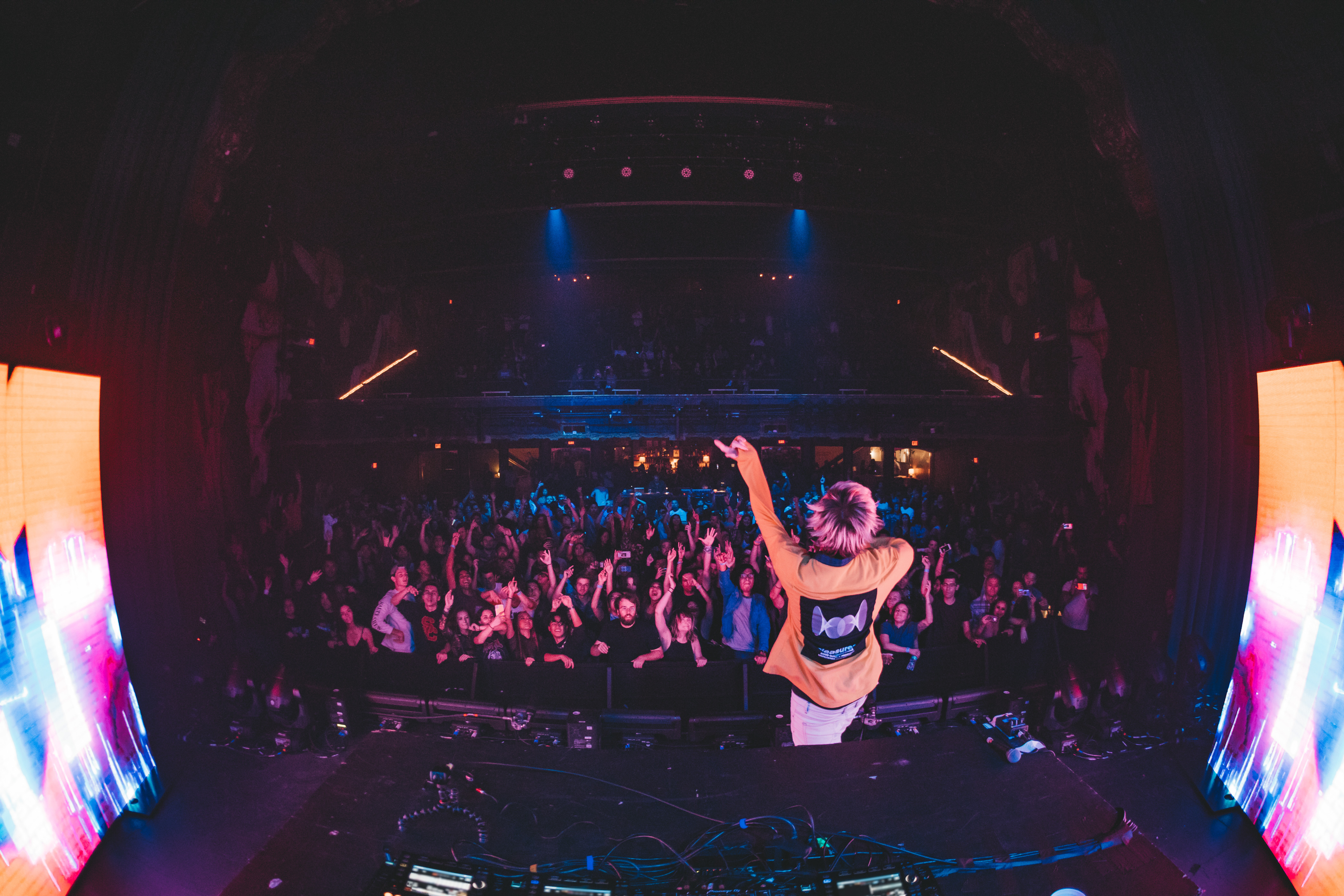 His set was filled with heavy hitting tracks and mixes, serving as the perfect appetizer for Elephante’s aural live performance. On top of accompanying Elephante on his Diamond Days Tour, PLS&TY just realeased “Summer’s Young” for his upcoming EP, featuring singles with Sean Kingston and Wifisfuneral.

Following PLS&TY’s introduction performance with a burst of energy was Elephante. Paired with beautiful visuals, the set possessed a variety of hit singles as Elephante showcased a multitude of his fan favorites, accompanied by his renowned live guitar sessions and solo riffs. The young DJ & producer filled The Fonda Theatre with fans across Southern California, adding towards his over two dozen current festival appearances since 2017 and towards the momentum of his uprising career.

We had the opportunity to interview Elephante’s opener, PLS&TY, to discuss a handful of exciting 2019 highlights as well as upcoming projects to look out for in 2020.

Nocturnal Times: How does it feel to be here in Los Angeles? Have you ever played here at The Fonda Theater before?

PLS&TY: No this is my first time every playing here, and it’s absolutely sick! I honestly love the weather here and I’m hyped to play at the Fonda because it’s a pretty legendary venue.

Nocturnal Times: We want to know a bit more about your music background and what moments helped land you here on your current path?

Pls&TY: I grew up playing piano and was classically trained in it so I kind of had a good foundation . Throughout high school I got introduced more to electronic music, and really I actually started as a photographer & film maker. So I would shoot electronic artists when they were passing by through my hometown, which really was my introduction to the electronic scene.

Nocturnal Times: If you could relive one set 2019 as a recap, what would it be and why?

PLS&TY: I would probably have to say the Backwoods Music Festival! There was just so much that built in that specific set. At first there was a rain delay, and my set almost got cancelled. Any touring artist can contest to this, as there’s just so much that goes into it, you’re traveling half way across the country to be there and play the show, plus going out there with your whole team of people, so something so ridiculous like rain and lightning to cancel your set is a huge bummer. We found out after my set that there was also a helicopter crash at the festival. But hands down it was the most fun set of the year for me, so many people. It was funny, because it was raining and they had shut down the other stages, so literally everyone came to the main stage.

Nocturnal Times: We love your 8 minute music video project for “Running Wild & Feeling Forever.” What projects are on your agenda for 2020?

PLS&TY: The big project is an upcoming EP, I’ve got some dope features like Sean Kingston on it. So be on the look out for my 20/20 EP, the lead single should be out January.

Nocturnal Times: How does it feel to be joining Elephante on his tour?

PLS&TY: I’m super grateful to be here, and I can’t thank Elephante and his team for having me out in the States. Just absolutely thrilled to be here.

Nocturnal Times: Do you have any upcoming music releases and shows we should be getting excited for?

PLS&TY: Definitely! We have the EP coming up with a tour that’s going to revolve around the EP! Basically my first true EP, and it acts as a stepping stone for a first real and true EP.