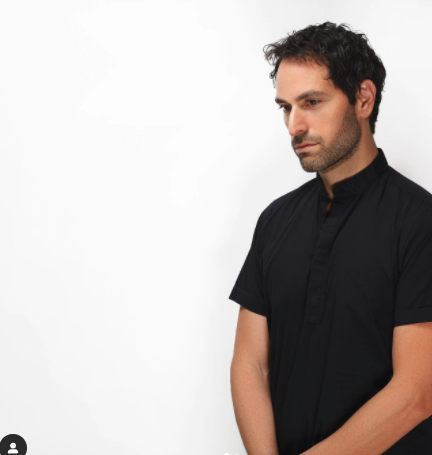 Bringing uplifting and groovy energy everywhere played, Martial Simon’s newest single “Lost” has just been released to the world. The track is a universal groovy tune for music lovers everywhere, filled with an array of elements that give it lively energy, including a four-on-the-floor rhythm, dancey percussive grooves, an addicting vocal, and pulsating chord stabs that bring the good vibes.

“Lost” is a mood-boosting single that sonically portrays Simon’s endeavors as an artist, while also giving its listeners something uplifting and energetic to listen to at any time of the day. It’s a track that’s perfect for clubs, at-home listeners, car rides, and many more, demonstrating how suitable the song is for any occasion or listener, while also acting as Martial’s debut original on Get Set Records. As a DJ / producer, “Lost” is a step toward Martial Simon’s artistic ambitions in the music space, as he preps for a jam-packed summer of shows.

“Love isn’t always lost. An original record dedicated to those who have been in and out of relationships. The record has an uplifting piano, catchy melody and powerful lyrics to reflect that everything is going to be okay. Nothing is going to change your love even if it doesn’t work out.” – Martial Simon

Since releasing a slew of singles throughout 2021, “Lost” is a great track for Martial to start the year with a bang. As he preps for his upcoming shows, he will surely include the track throughout his performances for fans to dance to and hear.

Related Topics:LostMartial Simon
Up Next