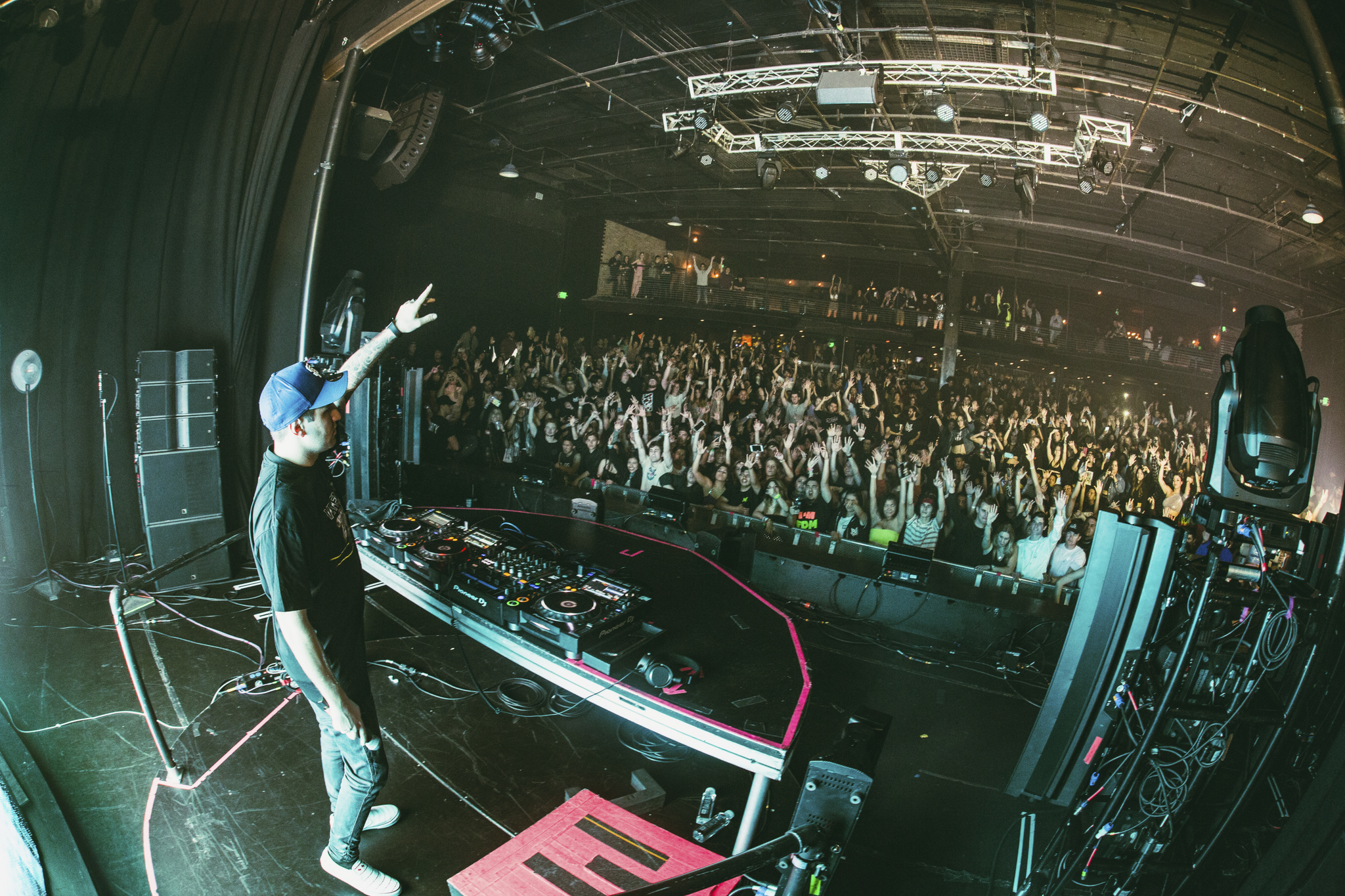 One of electronic’s most beloved artists, Jauz, has been on a rampage since embarking on his Dangerous Waters Tour, celebrating the recent release of his Dangerous Waters EP. He absolutely demolished the speakers at The Observatory in Santa Ana, as the bass wizard came with support from TYNAN and Habstrakt, catering to bass music enthusiasts and Jauz fanatics with a plethora of underground-gritty madness.

The overall performance was backed with an energetic and fresh stage design, which paired perfectly with the artists’ visuals and most excitingly, lasers. Fans and attendees alike were able to groove and dance throughout the night, as the blend of underground bangers, familiar classics like “Feel the Volume,” and Jauz’s unreleased IDs from his forthcoming album served as the perfect mix of tunes in keeping the energy at a high.

The Observatory served as the perfect feeding ground for Jauz, providing the crowd with ample space to get loose, while also boasting the capacity for Jauz to fully utilize his new visual-stage set up. The sound quality of the venues’ stereo system was all-too crisp, as the mix between high and low frequencies sounded uniform.

Supporting performances included heavyweight artists TYNAN and Habstrakt who both killed their opening sets, catering to the audience with intense yet finely-tweaked releases. They served as the perfect appetizer for the shark’s feeding frenzy, as Habstrakt is a cemented figure in bringing insane live experiences to the music scene, while TYNAN is most recognized by his addicting hit releases like “Earthquake,” “Extraterrestrial,” and his collaboration with Jauz himself, “Bring Em Back.”

In a fast moving industry, Jauz has been more than able to maintain his reputation as an innovative producer, demonstrating his ability to fluidly mold his sound in contemporary ways. Time can only go in the artists favor, as the mastery of his craft and addictive branding proves be the case as to why Jauz is everyone’s favorite shark.