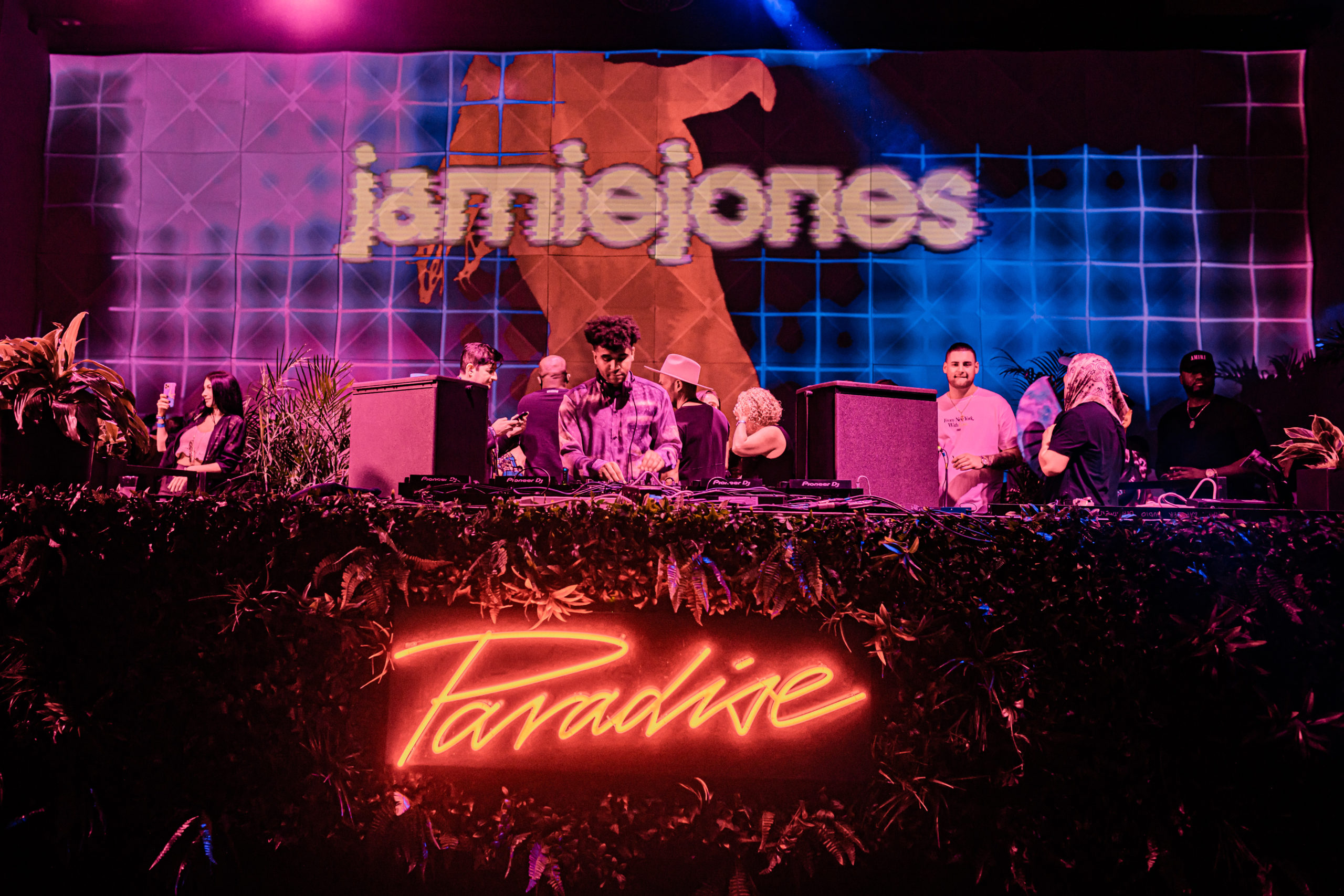 Jamie Jones Took us to Paradise During NYC Three-Stage Takeover

Right before The Brooklyn Mirage’s summer season closing, Jamie Jones took us to paradise during his grand return to the city that never sleeps. The renowned DJ/producer never disappoints when it comes to his intricately curated Ibiza-inspired soirees, and after missing out on all the fun last year, this past rendition of the lively fiesta was sure one for the books.

Recognized internationally for its striking lineups full of house and techno’s greatest and its eclectic, colorful aesthetics, Jamie Jones’ Paradise party brand is truly one-of-a-kind. This year’s NYC production featured a three-stage takeover starring Mr. Jamie Jones himself, Kate Simko, Natalia Roth, Amémé, Technasia, SHADED (live), Tony Touch, the U.S. debut of Opus 1, and many more. The mastermind behind it all never ceases to amaze us with his innovative musical programming tactics, and it was an honor to dance the night away to his infectious, electro-driven beats alongside his crew of Paradise residents and special guests at NYC’s most pristine open-air venue.

“People often ask me why I called the party ‘Paradise,’ you know it’s kind of an obvious name in many ways, but to me it was because what I thought was lacking in Ibiza was what I always had in my mind that the Paradise Garage was – a crowd of musical minded adults who were dancing the night away with amazing colours all around them and just a real feeling of creativity and musical energy. So the name Paradise came from that idea.” -Jamie Jones

The Welsh dance music prodigy kicked off the night with an extraordinary early evening live orchestral performance via his Opus 1 project with London-based musician Kate Simko, as they set the tone for all the wondrous musical madness that was going to go down as the night went on. Blending classical notes with disco-inspired, groovy soundscapes just sounds like something Jamie Jones would conduct, and it was truly a memorable experience getting to witness it live. Over at The Village, we got a taste of the Ladyfag takeover with exclusive performances by Boo Lean, Five, Michael Magnan and drag superstar Ruby Fox, and boy do they know how to keep the party going!

To close out the night, we lingered at the al fresco portion of the venue, which was home to all the hypnotic house and techno sounds from Jamie Jones and some of his closest industry pals. Completely astounded by the exotic palm trees and gleaming disco ball decor all throughout, Jamie Jones took us to another dimension and truly gave us a taste of paradise in the heart of Brooklyn’s most popping electronic dance music scene all night long. It was an evening full of electrifying live sounds and immaculate lively energy all around that’s definitely going to be hard to top. See you in Paradise next year!

Related Topics:jamie jones
Up Next