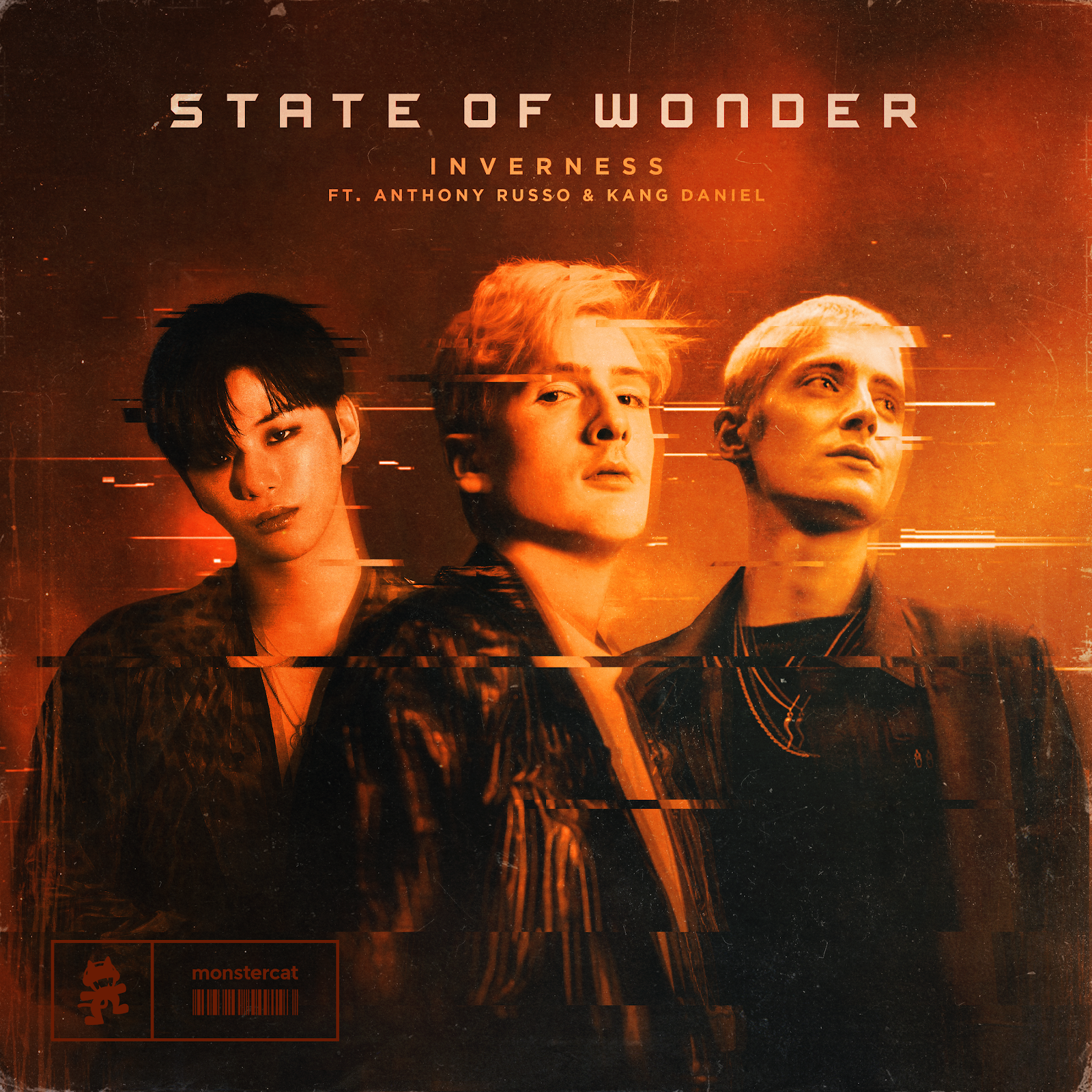 Reputable electronic artist, inverness, has just teamed up with pop singer-songwriter, Anthony Russo, and K-pop artist, KANG DANIEL to put forth a brand new single “State of Wonder,” out now on Monstercat. The track is a harmonic demonstration of the trio’s musical talents, as they have worked together in the past on multiple tracks. “State of Wonder” is an infectious single that is filled with meaningful songwriting and production, while every single detail is audibly polished and perfect for every moment.

Celebrating a cultural moment in music and bound to be an instant hit for their fans and new audiences, “State of Wonder” is also the first track where all three artists officially appear in the track title, sonically embodying all three of their musical abilities.

Anthony Russo has written for some of the biggest K-pop acts like EXO, NCT Dream, and The Boyz. With a sound that rivals Justin Timberlake, he’s developed a faceted skillset and phenomenal career for his hits with G-Eazy “Rewind” and “California.” Another accomplice on the track, inverness, is a Los Angeles based musician who also possesses a widespread music catalogue. He’s been able to produce fan-favorites like “I Remember” with Jack Newsome, “Good Feeling” featuring Bradyn Burnette & Molly Moore, and “Lost In My Mind” with William Bolton. Last but not least, KANG DANIEL recently launched his solo career last year and quickly earned Platinum records and chart-toppers at #1 across Korea. The combination of all three musicians serves as the ultimate incubator for classic hits, that are bound to become audibly present everywhere.