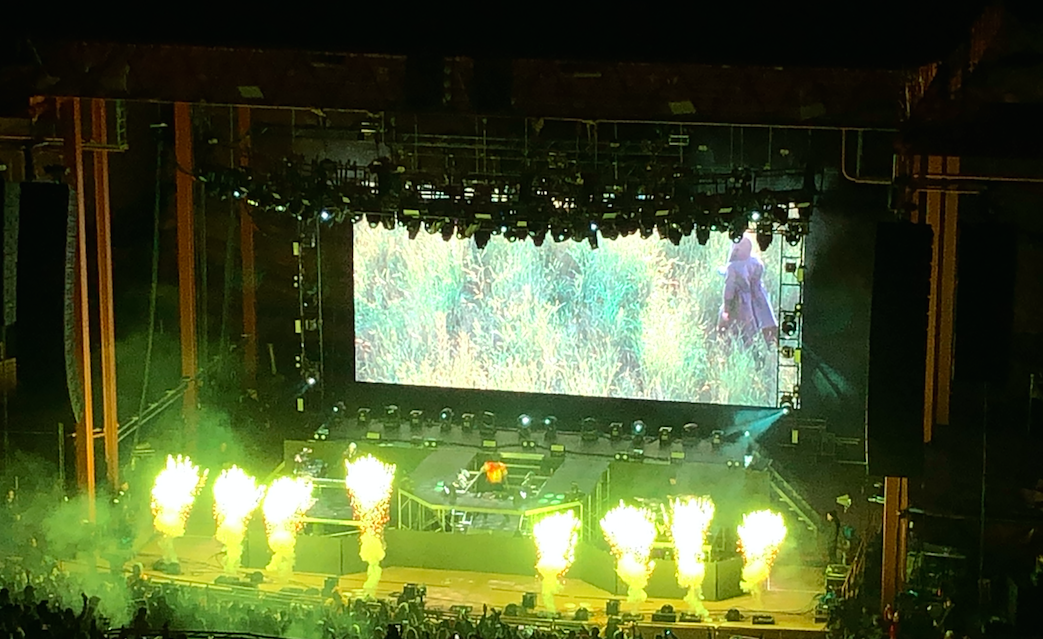 Anyone who has been following along the recent wave of EDM shows was undoubtedly aware of the three day Illenium performance scheduled for this past weekend at the one and only Red Rocks in Denver, Colorado.

Although Thursday night was cancelled due to inclement weather conditions, that certainly didn’t mean the weekend was anything less impressive than anticipated. Friday’s event was an atmospheric sensory overload experience as it consisted of Illenium joined by a band up on stage, thus allowing the fans to get a taste of the live performances to some of his greatest songs. Up on stage with him was Said the Sky, Day Gatsby, Annika Wells, and Dabin; making for a Rockstar lineup to put on quite the show.

Opening on Friday night was Colorado native, DJ Frequent whom if you haven’t heard of, we suggest you give him listen. His tunes were relatively easy going with mesmerizing songs keeping the audience engaged while building up momentum for the next opener. Enter Sam Lamar, the rapidly rising bass heavy artist who commanded the crowd with some songs that’ll surely be remembered for a long time to come. And then, the final opener 1788-L, who graciously opened his arms to share the spotlight with Blanke, who unfortunately was scheduled for the previous night and therefore hadn’t had the chance to perform. The pair worked the booth like they had been there together before, complimenting each other like a well versed duo on a piano – except with heavy bass and a melodic composition that got the crowd going for the final act.

Now onto Illenium, who was everything and anything you would ever expect. If you’ve been fortunate enough to see him live, you can imagine the visuals that he used for Friday’s show at Red Rocks. There was fire, lasers, sparks, smoke, all while the riveting storyline of his well known album artwork’s character traversed through different worlds discovering a journey of her own – all synchronized perfectly to his song’s rises and drops, allowing the viewer to experience his music on an entirely different level.

The show covered most of his new album, fully utilizing the live performers he had by his side. Even Illenium broke out his guitar, playing riffs from “Crashing” among series of other songs. Both Annika Wells with vocals and Dabin on the guitar had moments in the spotlight playing songs like “Broken Ones” and “Sad Songs” giving the show an incredibly powerful rock ‘n roll feel at times only to be brought back by explosions of fire and mixed drops from Illenium.

All in all, Friday night’s show was one for the books. There wasn’t a moment where he let the crowd’s attention slip away, as he weaved in acoustic melodies with his signature styled songs – new and old. Everyone in the audience was cheering wildly throughout the conclusion of his final track, until he resurfaced for an encore where he closed with a collab with Ekali that has yet to be released mixed and one of the fan favorite’s “Good Things Fall Apart.” When the lights finally came on, there was not a single fan that was disappointed by the performance. Illenium has left his sensational mark on Red Rocks and crowds can only hope he will return again soon for another captivating showdown.