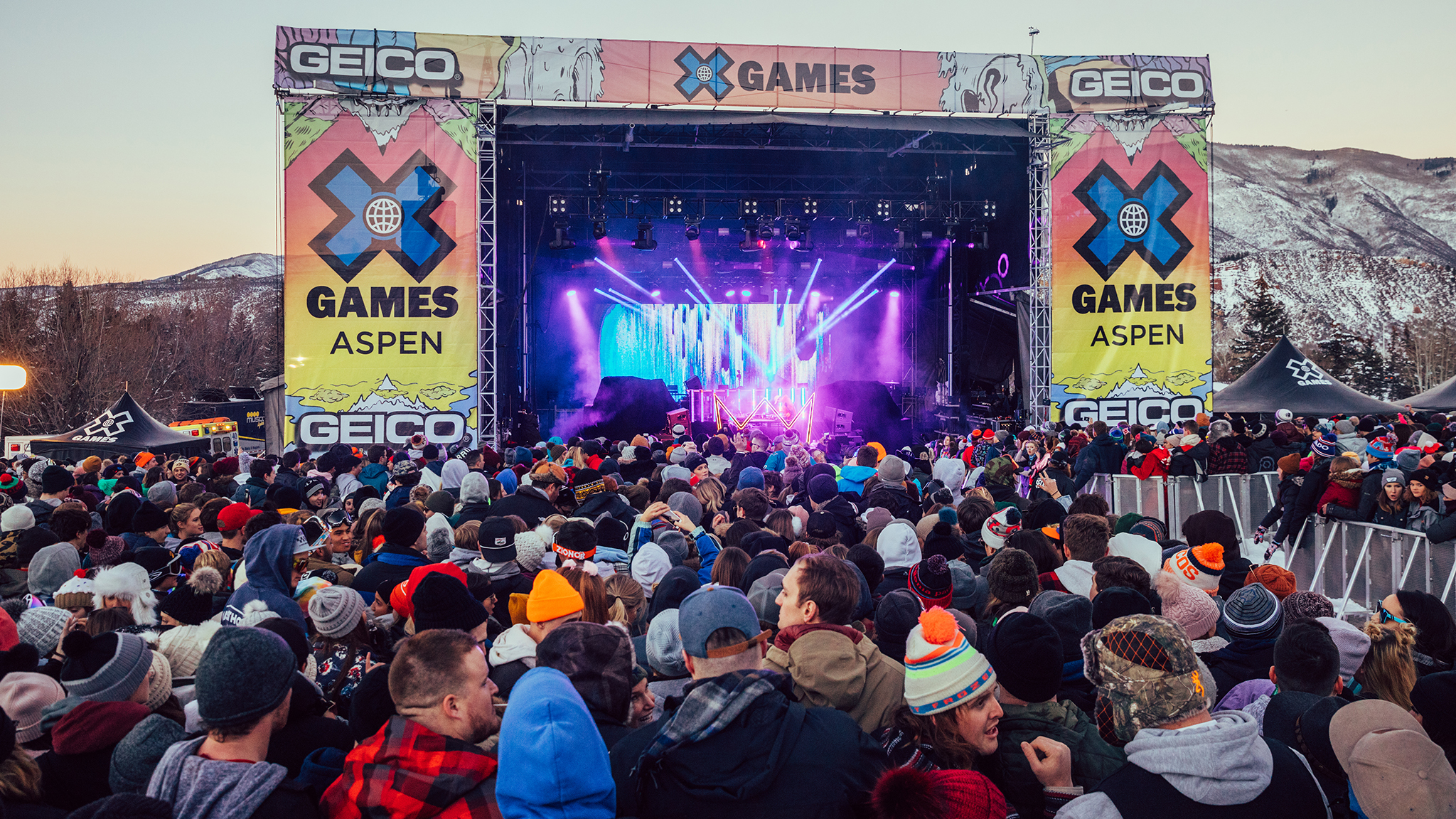 X Games Aspen has rolled out its grandiose musical lineup to take over Aspen from January 23-26, 2020. Returning to its home of the GEICO Music Stage at the base of Buttermilk Mountain, world-class acts Alesso, Illenium, Bazzi, and Rae Sremmurd are set to shred the stage and capture Aspen’s heart in a whirlwind of top-tier talent performances.

The 2020 winter edition of X Games will further its 23 year legacy of providing a home for the world’s best athletes positioned alongside several of the industry’s most sought after artists from urban and electronic genres. Tickets for the three-day extravaganza are on sale now, and offer a variety of passes and experiences for fans.

X Games Aspen is shaping up to be a knockout symphony of sound come January, gushing with non-stop thrills and riptides of music, sports, exclusive experiences, and much more. So, who’s diving in this year?

ALESSO. If there’s one name in electronic music that makes souls light up to their highest dimension time and time again, it’s Alesso. An artist who will live on forever in dance music for creating countless anthems that remain essential to the scene’s heartbeat, Alesso will be taking his show stopping performance capabilities to Aspen’s X Games for a starlit night. The Swedish electronic vanguard has worked all across the map with fellow artists including Calvin Harris, Usher, David Guetta, Sebastian Ingrosso, OneRepublic’s Ryan Tedder, Tove Lo, Nico & Vinz, and countless more.

ILLENIUM. Fans should come ready for another swoon-worthy performance by one of the most intense electronic artists in the game right now, Illenium. If you’ve experienced an Illenium crowd before, you’ll know the experience speaks for itself. It’s hard to put into words the sort of ambiance that comes over the atmosphere when ILLENIUM is playing the room. He and his team have rigged up a full display in his live show, incorporating keyboards, drum pads, and cutting-edge lighting and visuals, all of which combine to create an immersive experience. The show has touched down at globally renowned events like Lollapalooza, Bonnaroo, EDC, Decadence, Electric Forest, Paradiso, Coachella, and last month crossed over to a sold-out show at Madison Square Garden in NYC.

BAZZI. A jack-of-all-trades when it comes to music, artist Bazzi is without a doubt rounding up a sensational crowd for his X Games appearance. His debut Soul Searching album explores new territory and showcases a young face of modern electronic pop with R&B sentiment. It seems as though everywhere Bazzi goes, his irresistible charm, vocals, and stage presence makes for a one-of-a-kind crowd control, and X Games Aspen will be no exception.

RAE SREMMURD. The undeniable and larger than life hip-hop duo Rae Sremmurd is showing up to throw down in their debut X Fest showcase, and fans can 100% count on them bringing their high-octane antics into the games. Brothers Slim Jxmmi and Swae Lee rose to fame by way of their breakout single and subsequent cultural touchstone “No Flex Zone” under the Ear Drummer Records banner. The track earned them instant status amongst hip-hop royalty with remixes from Nicki Manaj and Pusha-T and co-signs from the likes of Kim Kardashian, Justin Timberlake, Juicy J and more. This rise to fame earned them pivotal performances at the 2014 BET Hip-Hop Awards and The Tonight Show, furthering their takeover of the highest ranks of urban and mainstream music alike.

For more information on X Games Aspen varied pass experiences, click here. Options include GA, the XIP Pass, a limited number of College X Pass + Music. No matter where you are this winter season, X Games Aspen is sitting strong atop the pyramid of musical odyssey in 2020. Round up your crew and gear up for an unforgettable weekend.

The Week of Amsterdam Music Festival has Arrived