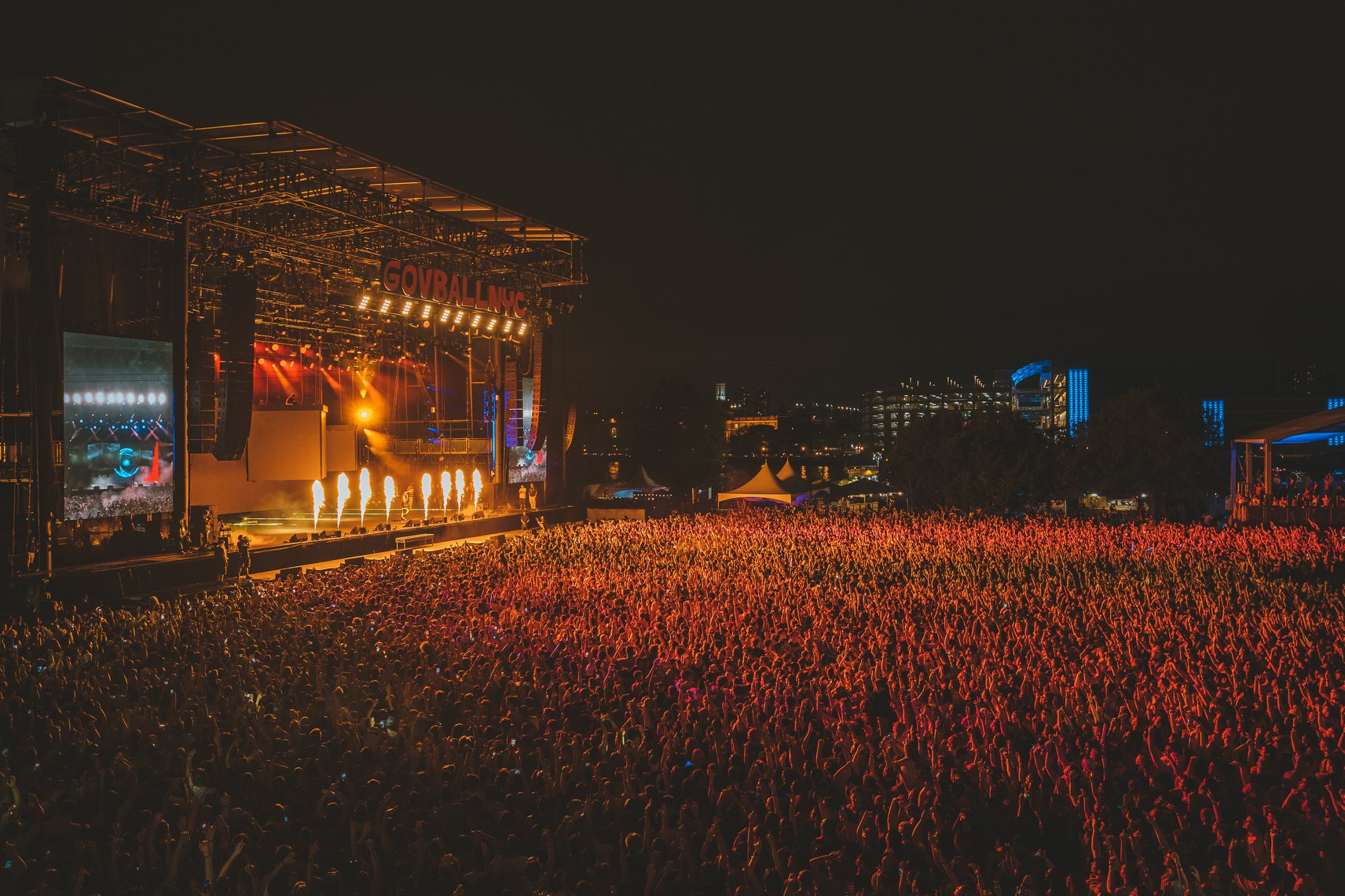 New York City’s festival season started off without a hitch, as The Governors Ball Music Festival had another successful year on Randall’s Island. Fans of all ages came by land and sea to witness some impeccable performances and stellar production at the riverside spectacle. Summer came early to the Big Apple and Gov Ball NYC turned up the heat without a shadow of a doubt.

All of the unique stages saw huge crowds at some point in the weekend. Whether it was the enormous MainStage at the south end of the island, the more intimate Bacardi stage riding the river’s edge, the wild Honda stage which saw some crazy energy or the tented American Eagle stage where the masses packed themselves in, each one enhancing the live performances. Gov Ball is known for making each and every set particular to their respective headliner’s show and they did just that. Pyro, CO2, confetti, lasers and giant LED screens were just the norm not to be outdone by the featured art installations scattered throughout the field.

Tito’s served up festival attendees with their one and only premium handmade vodka in the Gov Ball NYC “best kept secret” hideaway. Those of age were treated to an extremely refreshing experience which combined a signature Tito’s mixed cocktail and an air conditioned activation designed for a charitable cause. The “Love, Tito’s Festival Experience” debuted at Gov Ball, turning spirits into love and goodness in our community. The activation was a digital time capsule that encourages fans to make a video pledge for change which will be emailed back to them a year later. After learning about the Love, Tito’s initiative, the fans were hopefully inspired to giveback too.

Broadcasting to thousands unable to attend, this year’s Governors Ball was streamed live via the DIRECTV NOW app and a television broadcast which was presented by AT&T. Viewers watched all the action from the comfort of home. Fans were able to tune in and see their favorites of all genres including Hip-Hop, Pop, R&B, Rock, EDM, Alternative, Country and more. Each afternoon the stream would start at 4:45 pm and went into the New York City night. Some of our favorite performances were live sets from Galantis, The Glitch Mob and Eminem who closed out the festival but was not featured on the live stream.