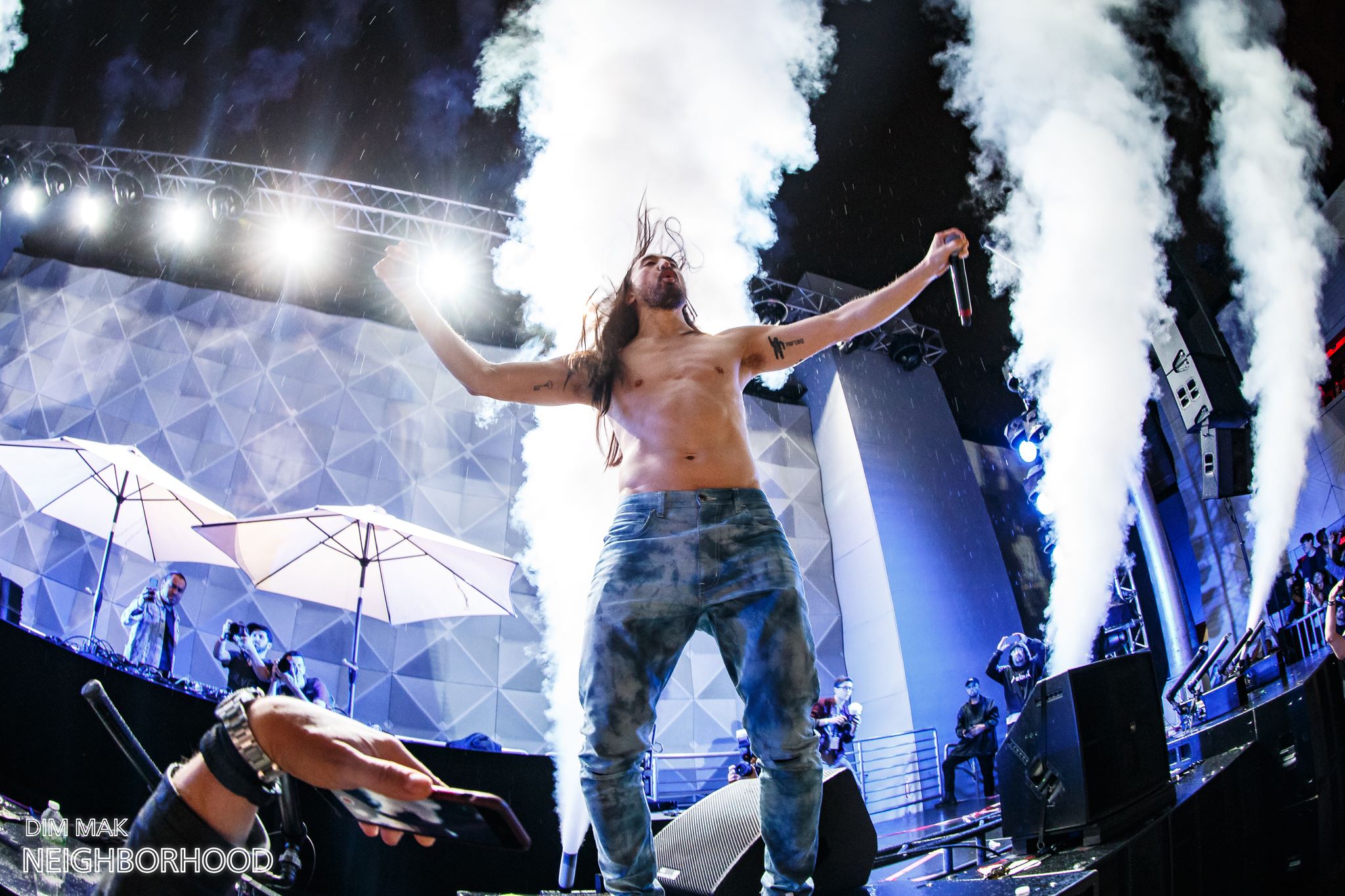 The notorious Dim Mak imprint brought a Sunday event to The Brooklyn Mirage on June 10. The Dim Mak Neighborhood placed Label boss Steve Aoki, front and center — along with some of his close friends and colleagues — at the most buzzworthy venue in New York City. The Brooklyn Mirage hosted the event which served as a proper close/start to the week.

A little rain wasn’t going to stop the dedicated Dim Mak fans and Aoki diehards from showing up to one of the most talked-about events of the season. Electro and dubstep, meets grunge and bass, the Dim Mak neighborhood delivered set-after-set from some of dance music’s heaviest hitters. Starting things off around 3pm, the Neighborhood continued filling up over the course of the night as the weather held up until the dancing stopped.

One of the most impressive aspects of the Dim Mak Neighborhood was the energy that was radiating from the crowd throughout the entire course of the nearly 10-hour event. Steve Aoki, who just provided a remix of Celine Dion “Ashes” from Deadpool 2, was the main event and has garnered an extensive fan base through his music and larger than life persona. Dance music lovers, raft enthusiasts and cake connoisseurs came by the thousands.

Steve Aoki, primed for his closing set of an hour and fifteen, gave the rambunctious crowd exactly what they wanted. Getting the party going with some new music, Aoki dropped “Shakalaka,” his collaborative quartet production along with Deorro, MAKJ and Max Styler. Along with what is sure to be a massive tune for the summer, another 2018 collab included in Aoki’s ensemble was “Anthem” which gets some of its Dutch powerhouse feels from Hardwell.

Dim Mak’s mini festival went off without a hitch and although it rained throughout the day, attendees welcomed whatever was thrown at them. Your friendly neighborhood label boss, Steve Aoki, knows which songs to play when turning up is the intention. Aoki productions, ”Moshi Moshi” and “Just Hold On” complete with fireworks and pyro added to the fun had by all.

A stand-out set from Swedish sensation, Dada Life highlighted the night and took their bananas & champagne showcase to another level. Encouraging partygoers to come beautifully and leave ugly, the Dada Life culture has many catchphrases from its tracks such as the new “One Nation Under Lasers” featured off their recent album One Nation.